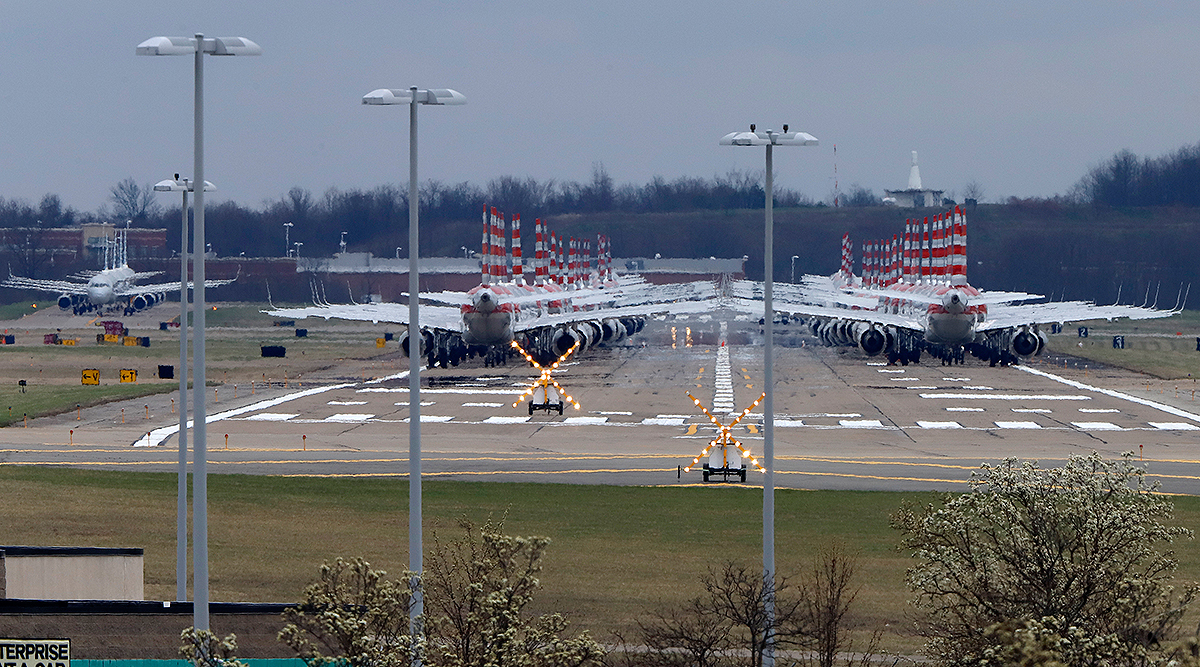 Pittsburgh International Airport is betting heavily that a surge in air cargo traffic over the last few years will continue to produce fruit.

Allegheny County Airport Authority board members awarded $44 million in contracts Oct. 28 for the construction of a state-of-the-art cargo facility on Pittsburgh International property in Findlay. The contract awards came the same day the authority, which operates Pittsburgh International, reported a 12.8% increase in cargo traffic in the first quarter compared to the first three months of 2021.

“What we care about is the fact that the market continues to grow and that we bring in more and more airlines,” authority CEO Christina Cassotis told board members.

At nearly 80,000 square feet, the new facility is designed not only to keep pace with demand but to position the airport to be more of a cargo hub in the future.

The structure will feature warehouse and office space and 17 loading docks capable of handling any jet flying today. Among its features, the building will be able to segregate cargo and accommodate goods that are temperature controlled or sensitive.

The facility, built with the help of a $18.7 million federal grant, is scheduled to be open in 2024. Construction is expected to start later this spring. It will supplement four true existing cargo buildings and two others that have been converted for that use because of growing demand.

In addition, the authority in February awarded a ground lease to Aeroterm Inc. to build a 140,000-square-foot cargo building at the site of the old airport terminal in Moon.

That facility, scheduled to be completed in the second quarter of 2023, will be the largest for cargo ever built at the airport.

Driving the demand for the buildings has been a surge in e-commerce and an increase in international cargo traffic. In March, the airport saw a 1.5-million-pound increase in cargo — the equivalent of an additional 33 trucks going in and out — compared to the same month last year. Beyond that, cargo totaled nearly 250 million pounds in 2021, up 30% over 2020 and 26% over 2019.

One factor in the growth was the arrival of Amazon Air in May 2021. It started with one flight a day and has since added another. It is now the airport’s third-largest cargo carrier behind leader FedEx and second place UPS.

In recent years, the airport also has experienced an increase in international cargo with carriers like Qatar and Cathay Pacific.However, Qatar hasn’t flown into the airport at all this month. Cathay Pacific stopped flying earlier this year after a spike in COVID-19 cases at its hub in Hong Kong.

On the other hand, two other international carriers, SmartLynx and Cavok Air, flew into Pittsburgh International in April, airport spokesman Bob Kerlik said. 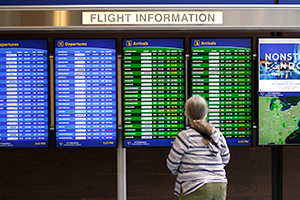 A customer reads a flight information board in the Airside Terminal of Pittsburgh International Airport in Imperial, Pa. (Gene J. Puskar/Associated Press)

“Seasonal variations are normal within the cargo industry based on consumer demand and customer orders. In the coming weeks, demand will begin to increase as logistics companies begin planning for the peak shipping season,” he said.

“Right now, a lot of factories in Asia are shut down,” Cassotis told board members. “That is not preventing us from still recognizing increases in cargo activity and demand.”

Experts have said that Pittsburgh is benefiting from congestion at major cargo hubs in New York, Chicago, Boston, and Los Angeles as haulers look for alternative airports to unload their goods.

The increase in cargo traffic wasn’t the only piece of good news board members received on Oct. 28. Pittsburgh International passenger traffic continues to rebound from the pandemic. Traffic was up 87.7% in March compared to the same month last year. Through the first quarter, it jumped 101.1%.

Cassotis said airport traffic is about 81% of what it was in March 2019 before the pandemic hit.

“As the airlines bring back service, passengers are responding. That’s great. Spring break was strong. People had a lot of pent-up demand to go somewhere and they got on planes to do it,” she said.

American Airlines, the airport’s largest carrier in terms of passengers, is just about back to the same level of service it had in 2019 — a sign, Cassotis said, that business travel is returning.

“What that’s telling us is that we were right — business travel is coming back. So for all of those people who said it wasn’t, you were wrong,” she said.