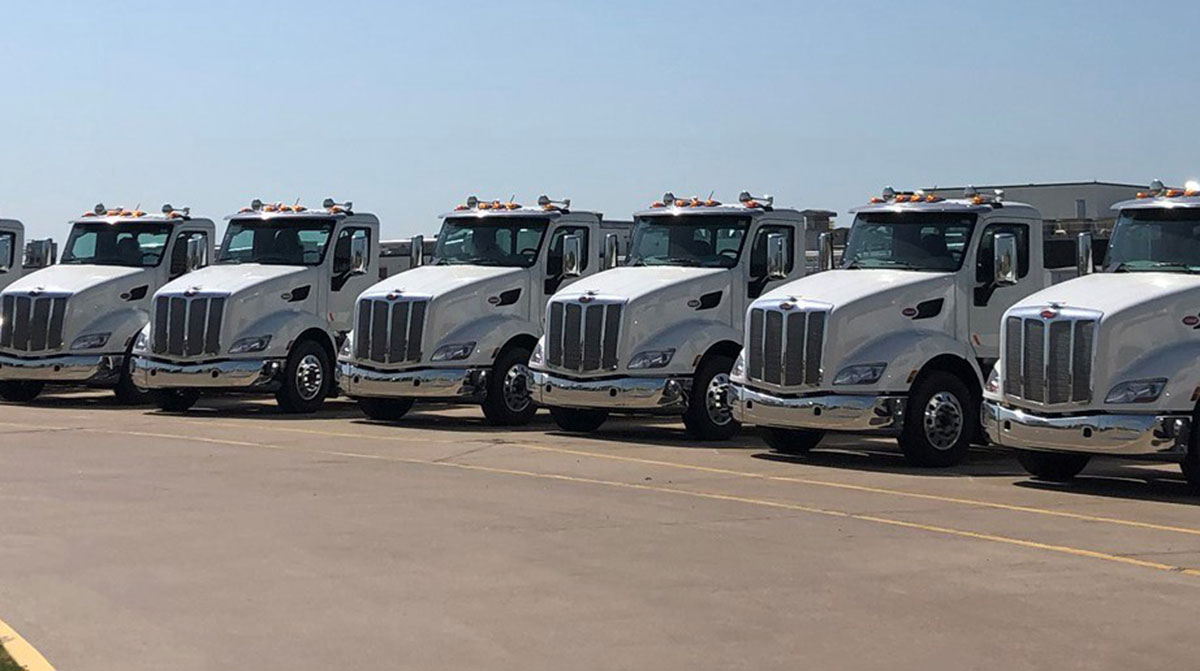 The 10 battery-electric Model 579EVs will be used as part of Shippers Transport Express' drayage operations at the Port of Oakland. (Peterbilt Motors Co. via Twitter)

Peterbilt Motors Co. announced the delivery of 10 battery-electric Model 579EVs to Shippers Transport Express for immediate use as part of drayage operations at the Port of Oakland.

Five additional Model 579EVs are scheduled to be put into service as part of Port of Long Beach drayage operations in November, according to Denton, Texas-based Peterbilt, a unit of Paccar Inc.

The battery-electric 579EVs in operation by the Carson, Calif.-based carrier are optimized for drayage operations requiring two to three trips a day, of up to 50 miles in length before returning home to recharge, Peterbilt noted. When used in conjunction with a recommended DC fast-charger, the high-energy-density battery packs recharge in three to four hours.