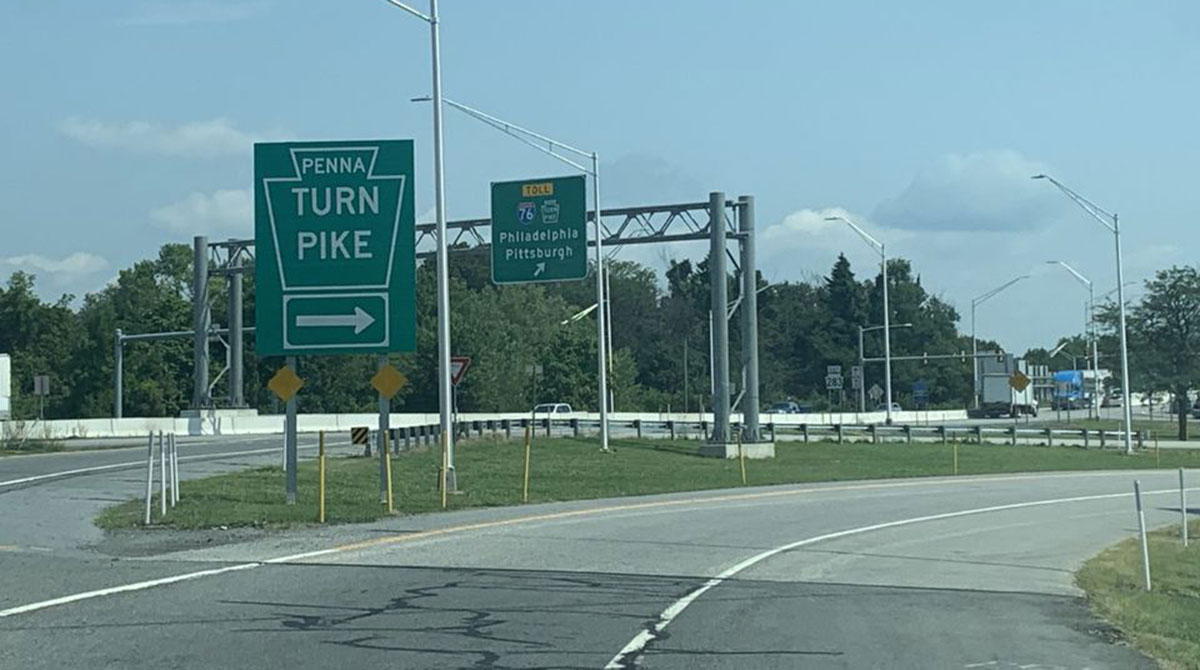 The Pennsylvania Turnpike is jumping into solar energy production to power its maintenance and office buildings with a long-term goal: using solar-generated power to electrify portions of the toll road so electric vehicles can charge as they travel.

The agency is waiting for an occupancy permit to open a solar field at a maintenance facility and new regional trades headquarters along Turnpike Route 66 near Jeannette. That will be the first of a series of solar facilities planned across the state — including New Stanton and the Harrison City area of Penn Township — as the turnpike takes advantage of property it already owns to develop solar energy and sell any extra capacity it produces.

At the same time, Pennsylvania officials are working with the Ohio Turnpike and experts from special programs at Utah State University on a pilot project to electrify part of the highway. That is expected to begin with a demonstration project using a turnpike parking space as a charging station in the next 18 months, followed by electrifying part of the toll road system straddling the Ohio-Pennsylvania border so drivers can power up while they drive.

The electrified highway is part of a national effort by the Advancing Sustainability through Powered Infrastructure for Roadway Electrification program at Utah State. It was established in 2020 as an Engineering Research Center by the National Science Foundation and will begin installing a 50-meter section of electrified highway this month on its Utah test track in advance of opening the first system on a public road, in Detroit next year.

Although the details and rates haven’t been worked out, the owners of the electrified roadway — usually a state or turnpike commission — would charge drivers for the electricity their vehicles receive. Drivers could turn off their receiver if they don’t want to recharge while driving.

Over the past year, the Pennsylvania Turnpike has been installing just over 3,300 solar panels on a 5-acre hillside near Jeannette. Each panel can generate 405 watts of power for a maximum of 1.3 megawatts.

The project began as simply building a regional shop for the dozen or so skilled tradesmen who handle all of the in-house electrical, carpentry, plumbing and HVAC needs on the first 100 miles of the turnpike.

The group needed a new facility to replace one in Hampton. With limited space there, the turnpike decided to build it along Turnpike Route 66, said Chris David, regional facilities manager.

Once the design for the $6 million building began, David said, the agency saw the opportunity to generate its own electricity there. In addition to installing solar panels, it is tapping into a high-pressure natural gas supply line to power a 1.3-megawatt generator to act as a backup system to the solar panels.

As an additional benefit, the turnpike will capture the heat produced by the continuously running generator in the winter to provide radiant heat to the new trades building.

The solar panels are on one side of the facility’s service road and will ship power up the hill to the maintenance and trades area. That pad also has the generator; a system for converting direct current from the solar panels to alternating current for the buildings and street lights; a system for capturing radiant heat from the generator; and an IT setup to keep everything running.

David said he expects to activate the operation soon, once the fail-safe is approved to shut down the transfer of electricity to West Penn during maintenance or an emergency. The turnpike expects to recoup the cost of its solar investment in about five years.

“We did all of our testing and we know this works,” David said. “It’s awesome to be part of something brand new.”

The solar field near Jeannette is the first of many as the turnpike tries to cut costs, improve the environment and provide facilities for electric vehicle owners, said Keith Jack, the turnpike’s manager of facilities operations. The project dovetails with a state auditor general’s office report last week that called for the agency to be innovative to help eliminate its $13.2 billion debt.

Jack said Georgia solar consultant The Ray issued a report in April that showed the turnpike has more than 5,400 acres of property it already owns that could be suitable for solar development. If it used all of the available sites, the consultant said, the turnpike could produce an estimated 1,513 gigawatts of electricity every year valued at $129 million.

The turnpike will develop the solar sites strategically to get the most from its investment, Jack said, and may not use every available site. It already has started working on a project for its western regional headquarters in New Stanton and will follow that will a solar field in Harrison City.

The solar fields also are the first step in the longer-range project to create electrified sections where electric vehicles will be charged just by driving over the surface. The goal is to set up electrified stretches that not only will provide power for motorists as they drive over charging coils buried under the surface but also recharge the batteries in the vehicles.

Utah State’s ASPIRE center will begin installing a 50-meter demonstration section at its Logan, Utah, test track in the next two weeks, said Tallis Blalack, the center’s director. Working with California wireless provider Electreon, the center intends to install a one-mile electrified section of road surface in central Detroit next year in conjunction with the University of Michigan.

The center also is working with another provider to design a segment of electrified highway for Disney World in Florida over the next four years.

Jack said the Pennsylvania Turnpike is taking a two-step approach as it explores electrifying portions of the toll road:

The turnpike also is exploring whether it can include charging elements as part of construction projects through a similar collaboration with the University of Pittsburgh’s Impactful Resilient Infrastructure Science and Engineering program. The agency wants to be ready to serve small and midsize vehicles initially and have the infrastructure in place when battery technology is ready to charge large trucks and tractor-trailers, Jack said.

“It won’t work for everyone, but it will facilitate charging for a large portion of our customer base,” he said.

The border project is a joint venture that includes Utah State’s ASPIRE and the two turnpikes.

Blalack said that kind of collaboration is a must if the country is to reach his vision of a fully electrified road system that could generate enough revenue to cover the cost of upgrades to the nation’s roads and bridges.

“The real challenge for us is to electrify heavy-duty vehicles,” he said. “If we’re going to help to address climate change and greenhouse gases, we’re going to have to figure that out.”

ASPIRE will look for partners in the trucking industry to test shorter-range batteries and electrified road surfaces, Blalack said.

“I think we can build an infrastructure that pays for good maintenance with the money collected from charging,” he said. “We can change how we pay for the entire transportation system and keep cost down at the same time.”