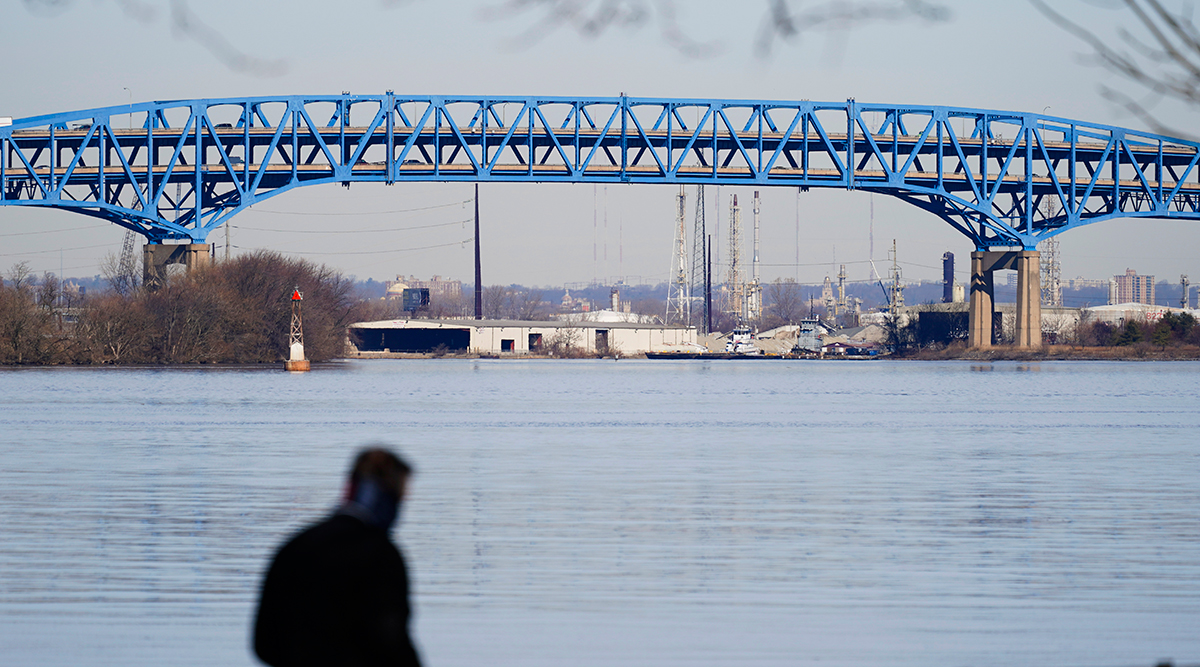 It’s not clear yet if Pennsylvania drivers will pay $1 or $2 to cross major bridges, but Pennsylvania needs billions of dollars from somewhere for transportation, state Rep. Mike Carroll said.

“So whether those nine bridges get tolled is an open question, but for those who say, ‘No,’ my question is, ‘What instead?’ ” Carroll said to other members of the state Transportation Revenue Options Commission during a teleconference April 29.

A day earlier, the Senate passed a bill requiring Gov. Tom Wolf’s administration to restart the process that devised the plan for tolls on bridges, including spans on I-80 at Nescopeck Creek in Black Creek Township and at the Lehigh River in White Haven.

The commission, set to issue a report in August, is studying other ways to even a gap of $9 billion between what Pennsylvania takes in and what it needs to fix roads and bridges.

Two weeks ago, commissioners looked at user fees based on miles driven, taxes, tolls, local solutions, state police funding and revenue from other modes of transportation such as rail and aviation.

Some of those ideas such as registering fees for electric cars won’t generate the cash needed to close the funding gap.

“You really have to look at the big pieces on the chessboard with respect to transportation funding,” Carroll said. “My suspicion is that there will be more tolling in the future than there is today.”

Also, gas tax revenues have dropped as cars become more efficient and more workers telecommute instead of getting behind the wheel, especially during the pandemic.

Ronald Drnevich of the State Transportation Commission noticed that Tesla owners pay about $8 for electricity to drive 300 miles.

That’s less than gasoline taxes of $8.70 that a driver would incur while paying $45 at a filling station before making the same trip in a car getting 20 mpg.

“It really suggests that’s not going away,” Drnevich said. “There are car and truck manufacturers now that are committing to electric vehicles.”

Pennsylvania takes in $6.9 billion for transportation annually but needs to spend $15 billion to maintain roads and bridges, according to projections.

Drnevich said traditional sources like vehicle fees and general fund money amount to $4.8 billion, but user fees, “depending on how you put them together,” can yield $11 billion.

“The user-based fees need to be in the mix of resolving the issues that we’re trying to address in our effort,” he said.

“It’s a very small amount in the overall picture,” Carolyn Kramer of the American Road and Transportation Builders Association said.

Another 31 states have raised fuel taxes in the past eight years, Kramer said.

South Carolina arranged for residents to get refunds so that the tax fell on drivers from other states.

State Revenue Secretary C. Daniel Hassell pointed out that the Interstate Commerce Clause of the U.S. Constitution prohibits states from putting a higher burden on out-of-state businesses than it puts on its own residents.

David Sanko of the Pennsylvania Association of Township Supervisors said local and county governments maintain more miles of roads and bridges than does the state, but get just $500 million a year from the gas tax toward their costs.

“At the end of the day, local roads are getting paid for by property taxes,” Sanko said.

He said local governments need money for another transportation expense. They maintain all but nine of 14,000 traffic signals in Pennsylvania.

While revenues are dwindling, Sanko didn’t think a gas tax is something the state “can just wipe off the books” as the governor has suggested.

Charging motorists a fee for the miles they travel, “is a tough sell in Pennsylvania, a large area where you have to drive long distances just to get to the doctor’s or grocery store,” he said.

Robert Latham of Associated Pennsylvania Contractors said one of the fastest ways to boost transportation funding is to stop shifting money from the Motor Vehicle License Fund to state police.

Those transfers approached $5 billion since 2013, he said.