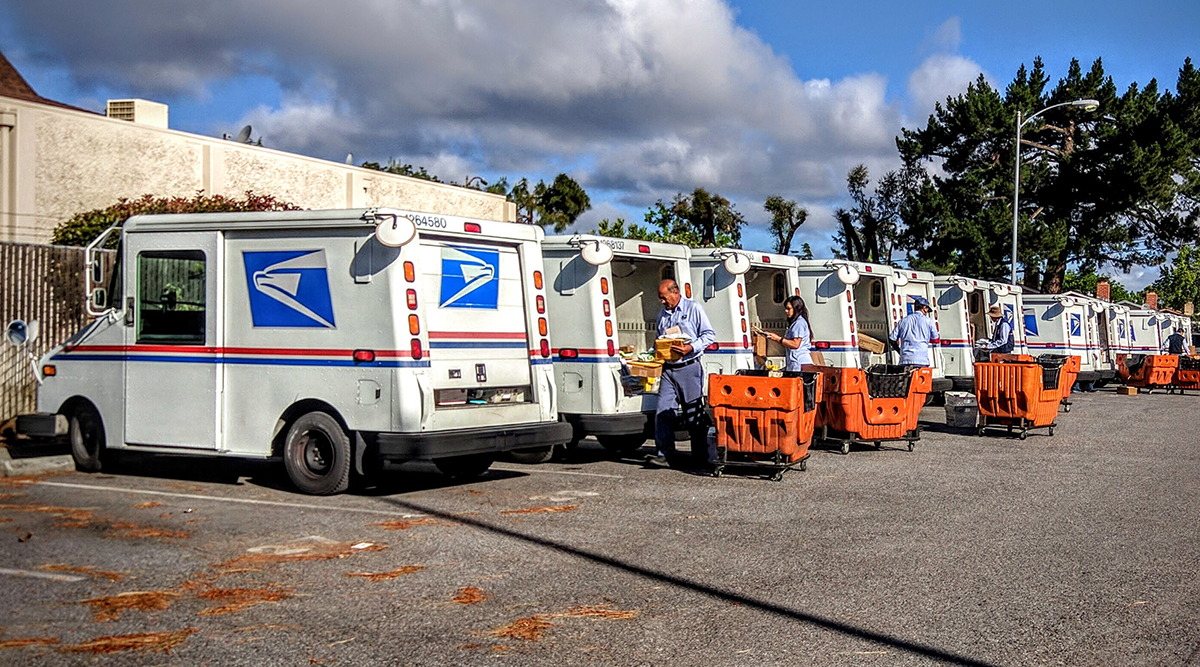 As consumers demand ever-quicker and convenient package delivery, the U.S. Postal Service wants to boost its business this holiday season by offering what few e-commerce retailers can provide: cheap next-day service with packages delivered Sundays to your home.

Retail giant Walmart says it is considering the Sunday option, which could reshape weekend shopping trips to the mall.

The program, available in 20 major U.S. cities, allows consumers to place online orders with participating retailers before a cutoff time Saturday, the Postal Service said. Postal carriers pick up merchandise from local stores for delivery the following day, similar to the Sunday package deliveries it now handles almost exclusively for online leader Amazon in much of the U.S.

The Postal Service hasn’t disclosed which stores may sign onto the new pilot program, launched in advance of retailers’ most competitive time of the year.

“It’s one of the ideas Walmart is looking at,” company spokesman Ravi Jariwala told The Associated Press, citing the big-box chain’s recent focus on getting goods to shoppers’ front doors quickly. In recent months, Walmart has announced added shipping options to better compete with Amazon, from acquiring a same-day delivery service in New York to testing drop-offs of packages by Uber drivers and Walmart employees.

The next-day weekend service is part of the Postal Service’s aggressive push into the parcel business at a time when its more lucrative first-class mail is declining in the digital age. With Amazon continuing to raise the bar of “free shipping” conveniences, from one- or two-day package arrivals to keyless in-home delivery via couriers, the financially beleaguered post office is billing itself as the trusted, low-cost carrier already serving every U.S. household.

The expanded Sunday delivery is aimed at consumers like Susan Dennis, 68, of Seattle. Weary of weekend trips to the mall where she often ends up stuck in traffic or waiting too long in line, the retiree says she buys online whenever possible and isn’t wedded to just Amazon, if the product quality is good and the delivery “fast and inexpensive.”

“More Sunday deliveries would be one of the sweetest deals ever — give me the URL and I will buy whatever,” Dennis said.

Bolstered by e-commerce growth and its Sunday operations, the Postal Service will reach new highs this year in holiday package delivery, with nearly 850 million U.S. parcels delivered from Thanksgiving to New Year’s Eve, according to figures compiled by industry tracker ShipMatrix Inc. for the AP. That 13% increase from 2016 would exceed the single-digit%age growth for UPS and FedEx, putting the post office on track to capture 45.6% market share in peak holiday deliveries, ShipMatrix said.

The post office’s growth is due in large part to its established network in the “last mile,” the final and usually most expensive stretch of a package’s journey to a customer’s door. UPS and FedEx already subcontract a chunk of their last-mile deliveries to the post office. Due to slower growth this holiday season, the two private carriers are expected to drop in market share, to 31.3% and 17.8%, respectively, according to the ShipMatrix analysis.

UPS, in a dig at the post office’s financial woes, says it is focused on profitable growth and less concerned about expanding market share, “especially if it were to involve loss-making service expansions.” FedEx said it had no comment on market share and would boost operations during the holiday season to meet customer needs.

Courier services, such as Uber and Deliv, are expected to rise, delivering about 5.2% of the peak holiday packages.

“Having a Postal Service driver on every street every day making deliveries, you can’t really beat that,” said Satish Jindel, founder and president of ShipMatrix.

The holiday plans include added postal delivery on Sundays beginning Nov. 26 and delivery on Christmas Day in some cities, the postal service said. It also offers a new online tool that allows consumers to reschedule package deliveries to ensure someone is home to receive them.

The Postal Service also bucked the shipping industry by keeping package rates largely unchanged for the holidays. UPS for the first time is imposing holiday surcharges on ground shipments to homes during peak periods, such as the weeks leading into Black Friday and Christmas, while FedEx is raising rates for certain oversized packages.

“The Postal Service is well-prepared to meet our customers’ needs during the holiday season, especially as demand for package deliveries continues to grow,” said Megan Brennan, postmaster general.

Analysts have cheered the Postal Service’s promise in the digital age, noting that there now is little talk of ending Saturday mail delivery given rising package demands. “The future of USPS probably hasn’t been better in a long time,” said David G. Ross, a shipping analyst at Stifel Financial Corp.

An independent agency of government, the Postal Service has lost money for 10 years, primarily due to costs of its pension and health-care obligations. And while online shopping has led to years of double-digit growth in its package-delivery business, it hasn’t offset declines in first-class mail. The post office is seeking flexibility to raise the price of mailing letters, and needs Congress to free it from a 2006 requirement that it pre-fund retiree health benefits.

“The future is bright for the Postal Service — if it doesn’t go bankrupt first,” said Ravi Shanker, an equity analyst at Morgan Stanley.