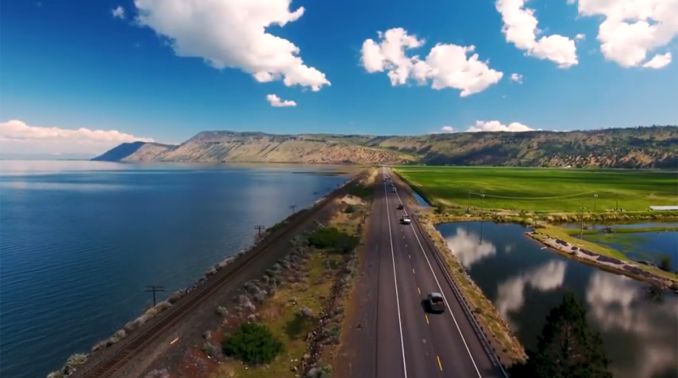 The Oregon Department of Transportation is in the process of determining whether interested Portland-area drivers are eligible to participate in a road usage pilot program.

The Local Road Usage Charge Pilot is associated with OReGO, the state’s voluntary road usage charge program. OReGO is meant to ensure drivers pay for the miles of road that they use, rather than the gallons of fuel.

In order to determine whether people are eligible, ODOT has made an online survey available to members of the public. The survey asks people questions about which county they live in, their age and if they own a vehicle.

According to ODOT spokeswoman Michelle Godfrey, the agency has so far recorded 600 people who are qualified to participate. She said these people mainly represent individuals who responded to a mailed notice ODOT previously distributed.

“We’re looking to get a good distribution across age groups and minority populations and area, so to get all of that we’ll want as many candidates as possible,” Godfrey told Transport Topics.

Area-boundary pricing involves a road charge based on the time of day within the Portland metropolitan area.

The layer-area pricing subpilot would present a road charge based on time of day and would take place in overlapping areas, such as a city and a county. In this pilot, testing would occur in Portland and Multnomah County, which encompasses Portland and borders the Columbia River.

The corridor pricing subpilot would involve time-of-day road charge pricing on specific highway corridors within the Portland area. Godfrey identified interstates 5 and 205 as two corridors of interest for the agency. Wrapping around the east side of the Portland metropolitan area I-205 extends into Washington state, while I-5 is a major north-south corridor that stretches from Canada to Mexico, running through downtown Portland.

Godfrey explained ODOT will place participants into models based on how they describe their driving behavior. For example, the corridor pricing subpilot would involve people who travel on the specific stretches of highway ODOT will be evaluating.

According to ODOT, people can earn up to $450 if they participate in the study, which would require them to plug a device into their vehicle and answer questions about their experience. ODOT will report data gathered through the pilot to the Oregon State Legislature and the Federal Highway Administration. The survey closes when the pilot starts, likely in early February.

“We wanted to give cities and counties options for road usage charging similar to what they have with the gas tax for their local projects,” Godfrey said.

Oregon has been joined by several other states, including Utah and California, which have conducted pilot programs with such charge systems.