After six decades of construction, the last stretch of the most traveled highway in the United States — Interstate 95 — is finally complete.

The final section of this vitally important road — one that facilitates 40% of the United States’ gross domestic product — was set to open on Sept. 24 in Mercer County, N.J. The project marked the end of President Dwight D. Eisenhower’s National Interstate and Defense Highways Act, passed in 1956 in the wake of World War II as a way to ensure the nation had a system of roads it could rely on to mobilize forces in times of war. 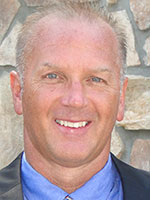 Today, of course, truckers rely on the interstate system for an entirely different purpose — to carry the nation’s freight. However, the technological backbone of how carriers and shippers transmit data stretches back as far as the Interstate system’s earliest days.

The industry’s legacy electronic data interchange system requires shippers and carriers to facilitate loads via phone, fax machines and, sometimes, disorganized paper trails. Including a broker in the mix adds a third party to the equation. In this day and age, relying on an antiquated system like EDI creates obvious inefficiencies.

Compounding this inefficiency is the congestion truckers encounter on the highways. With packed roads, tight freight capacity and the surge in e-commerce promising to boost demand for last-mile deliveries, the current state of the nation’s infrastructure paints a worrisome picture for interstate efficiency, travel times, the economy and the environment. With no clear timeline for when Congress will approve legislation to revitalize the nation’s aging infrastructure, other solutions to roadway congestion and efficiency must be pursued.

Recent innovations and implementations of blockchain technology could help remedy the problems facing the trucking industry.

For one, blockchain could serve as the much-needed replacement for EDI, updating supply chain logistics for the digital and big-data age and tackling the nation’s congestion problems in the process. With blockchain, trucking logistics can be decentralized and unified via secure, transparent and instantaneous exchanges of information, helping to ensure trucks are operating at peak efficiency.

Blockchain works by creating a decentralized network and distributing copies of a digital ledger to every computer connected to that network, making it nearly impossible to alter. Computer programs automate chronological data, logging and contract execution functions that, when combined with the distributed nature of the network, create a transparent, direct peer-to-peer ecosystem to facilitate business. Pairing blockchain with GPS tracking enables features such as live tracking, geofencing and route optimization.

Unified access to big data through blockchain has the potential to revolutionize every aspect of the supply chain.

This unified system would allow drivers to plot optimal routes based on the real-time movements of other vehicles, helping them shift away from slowdowns and find alternate routes to their destinations. Blockchain also can help drivers locate backhaul loads, helping to decrease the number of empty miles trucks cover.

The completion of the I-95 project should decrease congestion for local roadways in the short term, but experts predict that it will have little effect on overall traffic flow due to neglected infrastructure at critical junctions in the area. Ironically, it was long-running disputes between federal and local lawmakers in the area that delayed the project, forcing all vehicles on I-95 in the area to exit the and travel miles of state highways before rejoining interstate. This gap in New Jersey was the only break in the highway, which encompasses 1,900 miles of road stretching from Miami to the Canadian border in Maine.

Let’s hope the debate over switching away from EDI is not so stubborn.

Blockchain holds the power to buy the nation some time to update these crucial systems and streamline those that are already in place. Blockchain will not repair America’s infrastructure, but it will be integral in easing the growing pains and figuring out just how the United States will tackle its next great transportation project.

Burnett is the founder and CEO of LaneAxis, a virtual freight management system built to connect shippers directly to carriers. LaneAxis seeks to modernize the trucking industry by deploying a proprietary blockchain network.