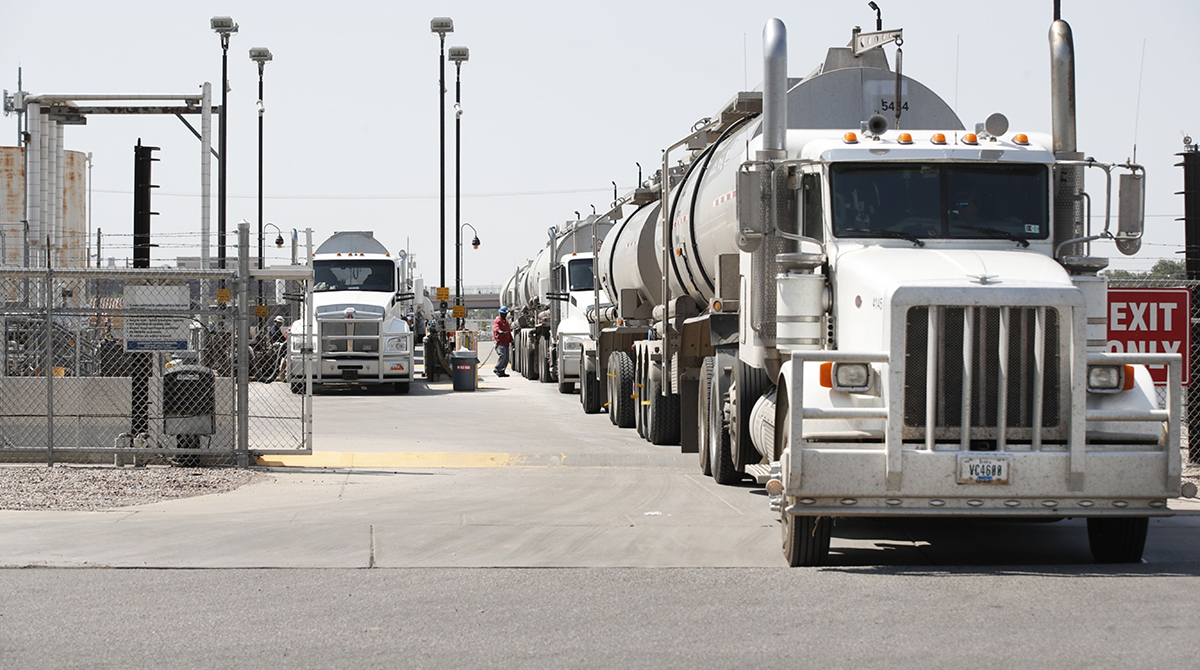 Raw crude oil is off-loaded from tanker trucks to be refined into gasoline at a Marathon Petroleum oil refiner. (George Frey/Bloomberg News)

Granholm didn’t specify any particular measures, but the U.S. has said that releasing crude from the Strategic Petroleum Reserve is one option it is considering to cool prices. The Biden administration will be scrutinizing a monthly U.S. report published Nov. 9, according to Granholm.

Those comments came as prices rallied after Saudi Arabia made some of the biggest increases to its official selling prices in decades at the end of last week. In a sign of a strong market, Asian buyers probably will take their full contractual volumes of oil next month, despite the higher costs.

Oil remains in the $80s after OPEC and its allies ignored calls to lift output by more than a planned 400,000 barrels a day. That has traders waiting to see whether the U.S. will release some of its SPR in a bid to cool prices.

“The combination of an undersupplied oil market, low OECD inventories and the global energy crunch should keep oil prices at $80-$90 a barrel for the rest of the year,” said Helge Andre Martinsen, senior oil analyst at DNB Bank ASA.

There is little sign of bullish sentiment wavering in the market so far. Money managers still hold more than 10 bullish bets for every bearish one in WTI, while nearby time spreads are in backwardation of more than $1 a barrel, indicating tight supply.

Adding to the positive sentiment was another jump in European natural gas prices on signs that Russia might not be delivering a promised boost to supply. Switching from gas to oil already has boosted consumption, and BP Plc said last week that demand is back at 100 million barrels a day.