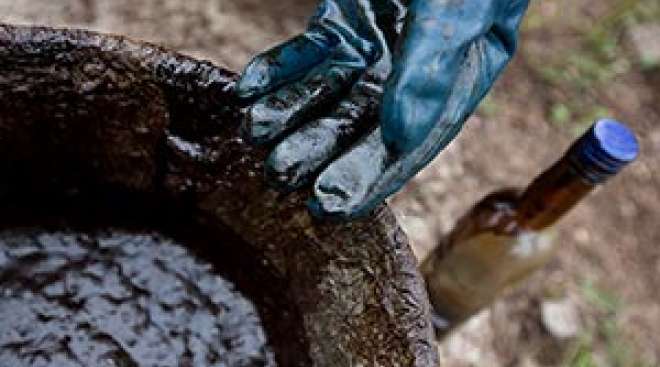 Oil retreated from a 16-month high after OPEC pumped a record amount of crude in November.

Crude dropped 1.7% in New York after rising 15% over the previous four sessions. OPEC boosted production to 34.16 million barrels a day last month, according to a Bloomberg News survey. Attention is shifting to which non-OPEC producers will join Russia in reducing output when they meet in Vienna on Dec. 10. OPEC is hoping they will cut another 300,000 barrels a day beyond the 300,000 promised by Russia.

Oil topped $50 a barrel after the Organization of Petroleum Exporting Countries agreed Nov. 30 to trim the group’s output by 1.2 million barrels a day starting in January to stem a supply glut and buoy prices. Russia — which isn’t part of the bloc — pledged a reduction of as much as 300,000 barrels.

"There are two things moving us lower, the first being the rise in OPEC production," Bob Yawger, director of the futures division at Mizuho Securities USA Inc. in New York, said by telephone. "There’s also skepticism about the meeting next weekend. They are going to be hard-pressed to squeeze 300,000 barrels from this crew."

West Texas Intermediate for January delivery dropped 86 cents to settle at $50.93 a barrel on the New York Mercantile Exchange. The contract rose 0.2% to $51.79 on Dec. 5, the highest close since July 2015. Total volume traded was about 11% above the 100-day average.

"No trend has been interrupted," Thomas Finlon, director of Energy Analytics Group in Wellington, Florida, said by telephone. "The market is clearly in an upward trend. This is probably just a pause before the upcoming OPEC, non-OPEC meeting."

OPEC's biggest production gains last month came from three of its African members. Angola’s output rose by 170,000 barrels a day, with volumes rebounding after field maintenance in October. Nigeria and Libya — which aren’t bound by the OPEC cuts because their production has suffered from oil infrastructure sabotage — boosted output by a combined 140,000 barrels a day.

The producer group has invited Russia, Mexico, Kazakhstan, Oman, Bahrain, Colombia, Congo, Egypt, Trinidad and Tobago, Turkmenistan, Azerbaijan, Uzbekistan, Bolivia and Brunei to the talks. Together, the 14 nations pumped about 18.8 million barrels a day of oil last year, equivalent to 20% of global supply, according to data from BP.

Russian Energy Minister Alexander Novak will meet oil companies Dec. 7 ahead of talks with OPEC representatives Dec. 10, according to people with knowledge of the matter.

"I think we will see $60 by the end of the month and $70 next year," Pierre Andurand, chief investment officer and founder of Andurand Capital Management LP, said in an interview on Bloomberg television. "We are still at very low prices."

Andurand, who correctly called the top of the oil market in 2008, has been bullish this year. He said $100 oil is possible again by the end of the decade.

The dollar is poised to rise for the first time in four sessions, curbing investor interest in commodities denominated in the U.S. currency. The Bloomberg Dollar Spot Index, a gauge of the greenback against 10 major peers, was up 0.2% at 2:54 p.m.

• The Energy Information Administration raised its U.S. output forecast for 2017 to 8.78 million barrels a day from 8.73 million projected in November, according to its monthly Short-Term Energy Outlook.

• U.S. crude inventories probably dropped by 1.5 million barrels last week, according to the median estimate in a Bloomberg survey before EIA data.