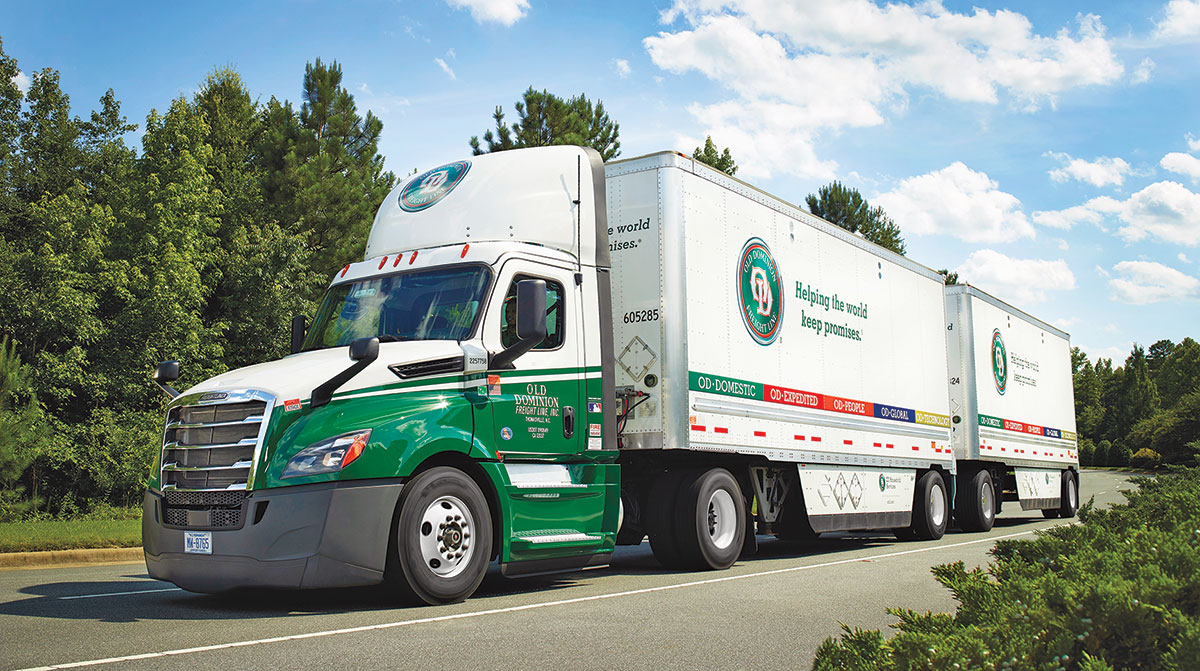 Old Dominion Freight Line set records for revenue and profitability during the second quarter of 2022, the company reported July 27.

The results were above Wall Street expectations. Analysts were looking for $3.10 per share and revenue of $1.64 billion, according to Zacks Consensus Estimate.

“I am pleased to report that the OD team delivered strong profitable growth during the second quarter, which resulted in new company records for revenue and profitability,” CEO Greg Gantt said during a call with investors. “We achieved these results by continuing to execute on our long-term strategic plan, which has guided us for many years and throughout many economic cycles.”

Gantt sees revenue per hundredweight improvements as reflecting the success of a long-term pricing strategy. He also noted the company is remaining focused on increasing its yield to offset cost inflation and to support capacity investments.

Gantt noted that on-time service performance was 99% in the quarter while the cargo claims ratio improved to 0.1%. He credited his employees for maintaining a steadfast commitment to delivering value to customers.

“It appears that service quality is becoming even more important to customers when selecting a carrier, which is why demand for our service has remained strong,” Gantt said. “This is a trend that began to develop with the economic recovery during the second half of 2020. And it continues today as many shippers are still struggling with supply chain issues. As a result, we believe our customer relationships have strengthened.”

The average weight per shipment essentially was unchanged having increased just 0.1% to 1,572 pounds from 1,571. The average length of haul didn’t change much either, increasing 0.4% to 934 miles from 930.

“Our value proposition also includes having sufficient capacity to support our customers when they need it the most,” Gantt said. “We currently have approximately 15% to 20% excess capacity within our service center network, and we expect to open multiple new facilities during the second half of this year.

“These new facilities, as well as various other expansion projects that we expect to complete, should increase the amount of excess capacity toward our longer-term target of 25%. We remain committed to the ongoing expansion of our service center network, which we believe is important, regardless of the short-term macroeconomic outlook.”

Old Dominion Freight Line ranks No. 9 on the Transport Topics Top 100 list of the largest for-hire carriers in North America.