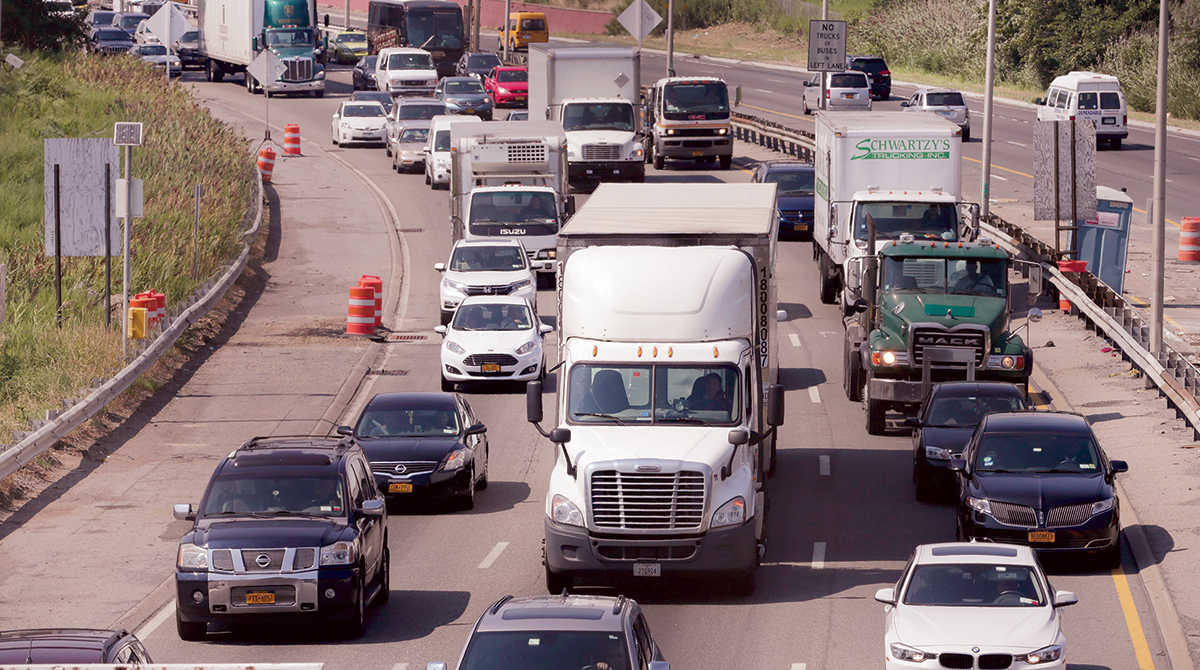 New York City toll bridges and tunnels are on pace for the busiest April in at least seven years, adding to evidence that travel is rebounding as pandemic shutdowns ease and the economy starts to regain its footing.

Traffic on the conduits linking the five boroughs averaged 835,000 vehicles per day through the first 10 days of April, Metropolitan Transportation Authority data show. That puts the month on pace to beat not only the April 2020 pandemic month but also traffic in every April at least as far back as 2014.

The figures offer further signs that more Americans are taking to the road as vaccination efforts ramp up, one indicator that the economic recovery is broadening. A report earlier April 13 showed U.S. consumer prices climbed in March by the most in nearly nine years amid a rebound in travel and commuting that pushed up gasoline costs.

New York March data was bullish for travel too, with daily traffic of 787,000 vehicles rising 46% from March 2020 and showing a steady climb from February.

“People are returning to NYC in droves,” said Robert Yawger, head of the futures division at Mizuho Securities and a New York commuter who pays a $15-a-day toll to use the Lincoln Tunnel, which is not part of the MTA toll survey. “The city is packed on the weekends when the weather is good. It is not even remotely the same as it was in the fall.”

To be sure, there’s uncertainty about whether these gains will hold after U.S. health officials called for an immediate pause in using Johnson & Johnson’s single-dose COVID-19 vaccine, which could slow the vaccine-rollout effort. Also, bad weather in what is left of April still could keep drivers home and reduce daily averages.

New York officials said last weekend that COVID-19 hospitalizations were at their lowest since Dec. 2. A vaccination site just opened in Times Square for theater, film and TV workers.

Mobility data from Tom-Tom suggests last week in New York was one of the most congested for driving compared with 2020 pandemic levels. A study from AARP showed that just more than half of baby boomers plan to travel in 2021, and nearly a quarter of those making plans didn’t travel at all last year.

Meanwhile, New York subway use is lagging. Ridership in March was 30% of its before-pandemic level. As subway ridership fell last year, registrations in the city for cars, trucks and other vehicles rose by 9% in December compared with the final month of 2019, according to the New York State Department of Motor Vehicles.