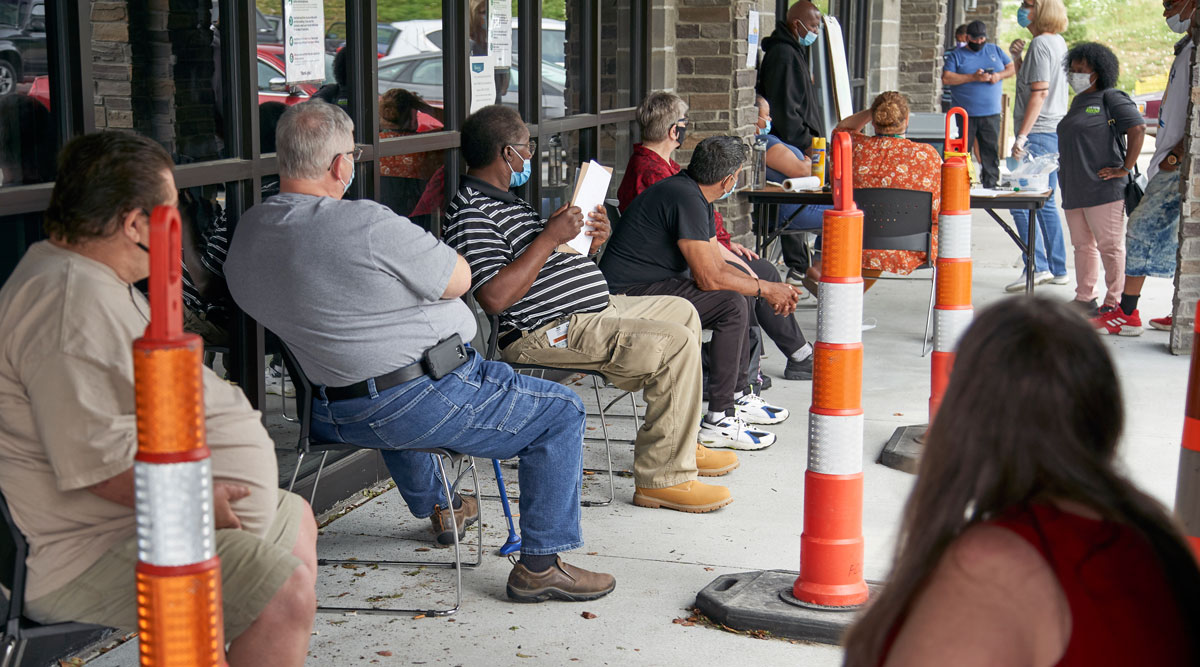 Job seekers wait to be called into the Heartland Workforce Solutions office in Omaha, Neb., on July 15. (Nati Harnik/Associated Press)

The elevated level of applications for jobless aid is occurring as new confirmed cases of coronavirus are spiking across much of the Sunbelt, threatening to weaken the economic recovery. Case counts are rising in 40 states, and 22 states have either paused or reversed their efforts to reopen their economies, according to Bank of America.

Rising infections paralleled rising applications for aid in some states getting hit right now, and fell in states with declining infections. In Florida, claims doubled to 129,000, and in Georgia, they rose nearly one-third to 136,000. In California, they increased 23,000 to nearly 288,000. Applications also rose in Arizona and South Carolina.

The Labor Department’s July 16 report showed that applications for jobless aid fell by about 10,000 from the previous week. The figure has now topped 1 million for 17 straight weeks. Before the pandemic, the record high for weekly unemployment applications was nearly 700,000.

Those figures are adjusted for seasonal variations, a practice that is intended to filter out trends that don’t reflect on the economy, such as the firing of seasonal workers after the winter holidays. Yet the impact of the coronavirus has made such adjustments less relevant, economists say, because claims are so far above normal levels.

Before seasonal adjustment, applications actually rose 100,000 to 1.5 million, a sign that layoffs are actually worsening.

The total number of people who are receiving jobless benefits dropped 400,000 to 17.3 million, the government said. That suggests that some companies are continuing to rehire workers, which could offset some of the job losses reflected in the still-high level of claims.

An additional 928,000 people sought benefits last week under a separate program for self-employed and gig workers that has made them eligible for aid for the first time. These figures aren’t adjusted for seasonal variations, so the government doesn’t include them in the official count. 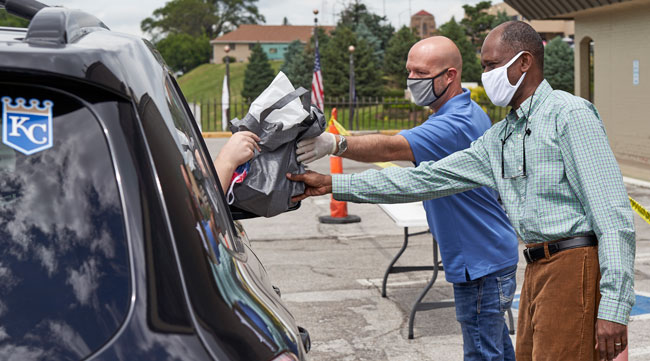 The resurgence of the virus and new business shutdowns in states such as Florida and California, along with signs that consumers are pulling back from eating out and other activities, has intensified fears that the economic recovery is losing steam.

The government’s employment report for June showed a solid gain of 4.8 million jobs and an unemployment rate that fell to 11.1% from 13.3%.

But economists increasingly doubt that such a pace can be sustained. The number of employees working at small businesses declined last week, particularly in states with worsening viral outbreaks, according to data from Homebase, a company that makes scheduling and work-tracking software.

“The risk of a dip lower in the economy has increased as more states adopt policies to combat the virus’ spread,” economists at Bank of America said in research note. “Until the country manages to get the virus under control, the recovery is likely to be one of fits and starts.”

Companies continue to lay off people. American Airlines warned its workers July 15 that it may have to cut up to 25,000 jobs in October because of sharply reduced air travel. Airlines are barred from layoffs until then as a condition of federal aid they have received. United Airlines has already told 36,000 workers they may lose their jobs.

Air traffic began to slowly rebound in mid-April, but like other parts of the economy, the improvement plateaued in July as the viral outbreak worsened.