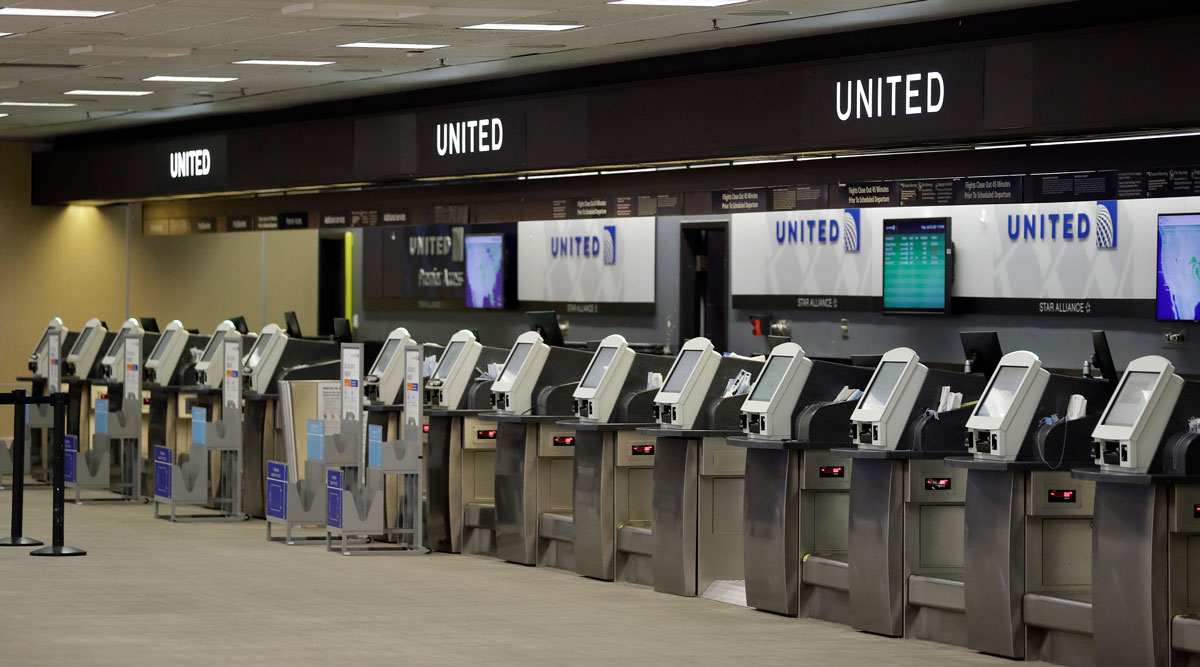 Empty United Airlines ticket machines are shown at the Tampa International Airport on April 24. The company warned this week it may layoff 36,000 employees after federal aid expires in the fall. (Chris O'Meara/Associated Press)

WASHINGTON — More than 1.3 million Americans applied for unemployment benefits last week, a historically high pace that shows that many employers are still laying people off in the face of a resurgent coronavirus.

The persistently elevated level of layoffs are occurring as a spike in virus cases has forced six states to reverse their move to reopen businesses. Those six — Arizona, California, Colorado, Florida, Michigan and Texas — make up one-third of the U.S. economy. Fifteen other states have suspended their reopenings. Collectively, the pullback has stalled a tentative recovery in the job market and is likely triggering additional layoffs.

The July 9 report from the Labor Department showed that the number of applications for unemployment aid fell from 1.4 million in the previous week. The figure has now topped 1 million for 16 straight weeks. Before the pandemic, the record high for weekly unemployment applications was fewer than 700,000.

The total number of people who are receiving jobless benefits dropped 700,000 to 18 million. That suggests that some companies are continuing to rehire workers despite job cuts by other employers.

An additional 1 million people sought benefits last week under a separate program for self-employed and gig workers that has made them eligible for aid for the first time. These figures aren’t adjusted for seasonal variations, so the government doesn’t include them in the official count.

Americans are seeking unemployment aid against the backdrop of a disturbing surge in confirmed viral cases, with increases reported in 38 states. Case counts have especially accelerated in four states that now account for more than half of reported new U.S. cases: Arizona, California, Florida and Texas.

Applications for unemployment aid dropped last week in California and Florida, though in California they remained high, with more than 267,000 claims. That is more people than were applying each week for unemployment benefits in the entire country before the pandemic hit. Jobless claims also declined in Michigan and Colorado.

Still, applications for benefits spiked in Texas, Nevada, Tennessee and Louisiana — states where confirmed cases of the virus are intensifying. They also jumped in New Jersey and New York, where the pandemic is mostly under control.

The intensifying outbreaks and more stringent government restrictions have slowed economic activity in much of the country and may weigh on hiring. The government’s jobs report for June showed a solid gain of 4.8 million jobs and an unemployment rate that fell to 11.1% from 13.3%.

Even so, the economy has regained only about one-third of the jobs that vanished in March and April. And the June jobs report reflected surveys of Americans that were conducted in the middle of that month — before the pandemic flared up again.

More recent data are worrisome. Spending on credit and debit cards issued by Bank of America fell in the week that ended June 27 compared with the previous week, the bank said.

Restaurant visits have also leveled off nationally, including in states that haven’t begun to close down again, according to data from OpenTable, the reservations website.

“This suggests that renewed fears about the virus, rather than government restrictions, are driving the pullback in activity,” said Andrew Hunter, senior U.S. economist at Capital Economics, a forecasting firm.

Data from Kronos, which produces work-scheduling software for small businesses, reinforces evidence that the recovery of the job market is faltering.

In the week that ended July 4, layoffs among Kronos’ clients actually rose and hirings declined. Companies are now laying off an average of nearly three workers for every new hire, the company’s data shows. Those job cuts reflect permanent job losses, rather than temporary layoffs or furloughs. That suggests that even as many companies recall workers from furloughs, they are reducing their permanent payrolls.

And in the retail industry, the number of shifts worked changed little last week after steady increases in previous weeks. David Gilbertson, a vice president at Kronos, said this indicates that consumer demand in many cases hasn’t picked up enough to justify more employees.

“Everything that’s going to be open is open,” Gilbertson said. “Now, we just need more people to come in and start spending money before things can pick up again.” 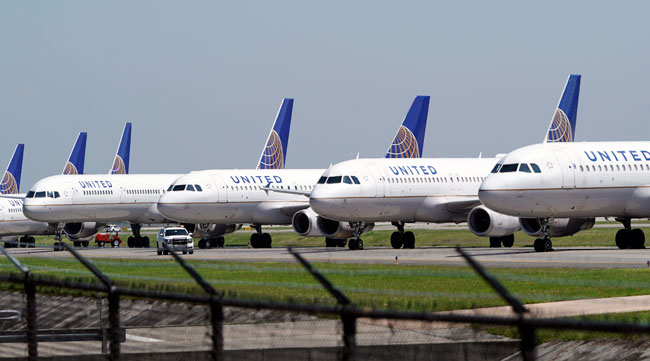 Several companies have warned in recent days that more layoffs are coming. Levi’s, the iconic jeans maker, said it will cut 700 corporate jobs. United Airlines has warned 36,000 of its employees — nearly half its workforce — that they could lose their jobs in October. (Airlines aren’t allowed to cut jobs until then as a condition of accepting billions of dollars in government rescue aid.)

The renewed threat of job losses is arising just as a federal program that provides $600 a week in unemployment benefits, on top of whatever jobless aid each state provides, is to expire at the end of this month. Congressional leaders have said they will take up some form of a new rescue package when lawmakers return later this month from a two-week recess.

Administration officials have expressed support for additional stimulus. But Senate Republicans have opposed extending the $600 a week in unemployment benefits, mainly on the ground that it discourages laid-off people from returning to work. House Democrats have pushed to extend the $600 a week through January.