Business, Labor Interests Unable to Agree on How Best to Measure Port Performance

A working group tasked with setting standards on port performance has not convened once in 2017 after business leaders and unions battled over whether to include metrics such as truck turn times and chassis availability in the U.S. Department of Transportation’s first annual report to Congress.

The Port Performance Group, formed under the Fixing America’s Surface Transportation Act, was charged with establishing freight statistics to measure performance and offer ideas to improve the efficiency of cargo in the supply chain. Formally, the law prescribed that the group report on port capacity and throughput. 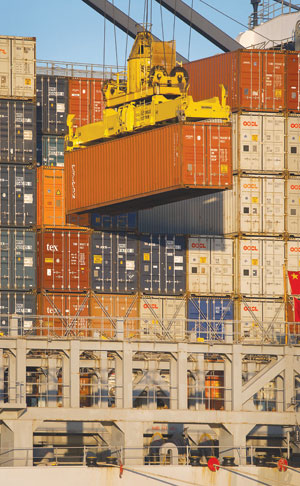 Stakeholders met four times between July and November 2016 ahead of the January 2017 report.

During those sessions, business and union representatives disagreed about whether to deliver only what was required or to volunteer additional data.

“As a result, the report was pretty namby-pamby around the issues,” said Curtis Whalen, who represented ATA.
The 167-page report ended up aggregating publicly available information on 2015 container traffic, tonnage, vessel calls and the average size of those vessels, omitting any new information.

Jonathan Gold, the National Retail Federation’s vice president for supply chain and customs policy, told Transport Topics that he’s frustrated and disappointed that the group was unable to come to a consensus on the issue, arguing the data is critical to lower costs by optimizing the supply chain. He repeatedly expressed bewilderment that the group couldn’t come to an agreement on when turn time begins and ends.

“My members have metrics all throughout the supply chain to measure effectiveness and productivity,” he said. “Knowing that there are ongoing congestion issues at ports that’ll continue into the future, if we don’t have a good way of measuring that activity, then we won’t be able to identify how to correct the situation. If you can’t measure it, you can’t fix it.” 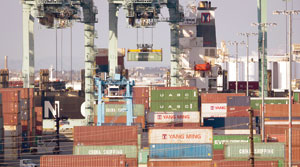 Gold also criticized the fact that no major import-exporters and agricultural members were named to the group.

The phrases “correct the situation” and “fixing it” evoked some deep-seated concerns from the union delegation about “weaponizing” the data in future contract negotiations with dockworkers.

Jeff Pavlak, a member representing the Transportation Trades Department of the AFL-CIO, said the unions were worried the data would make it easier for management to trigger provisions in the Taft-Hartley Act, which allows federal mediators to intercede into negotiations in an emergency and curtail the rights of the union.

“The January report met the statutory requirement: It dealt with port capacity and throughput. There’s nothing in the statute about turn times or chassis availability. Congress removed these measures from the law,” he said. “From a union perspective, it was extremely dangerous because these were not intended to be benign measurements.”

ILWU took it a step further in a statement to Transport Topics, tying the metrics to the increasing pressure placed on dockworkers to handle megaships docking on the West Coast.

“Congestion at the ports is well-documented to be caused by megaships overwhelming ports that were built for smaller ships and several other decisions that were made by carriers and terminal operators. Safety on the docks is paramount in an industry that has a higher fatality rate than police and firefighting, and performance metrics put arbitrary measurements before the lives of workers,” ILWU spokeswoman Jennifer Sargent Bokaie said. 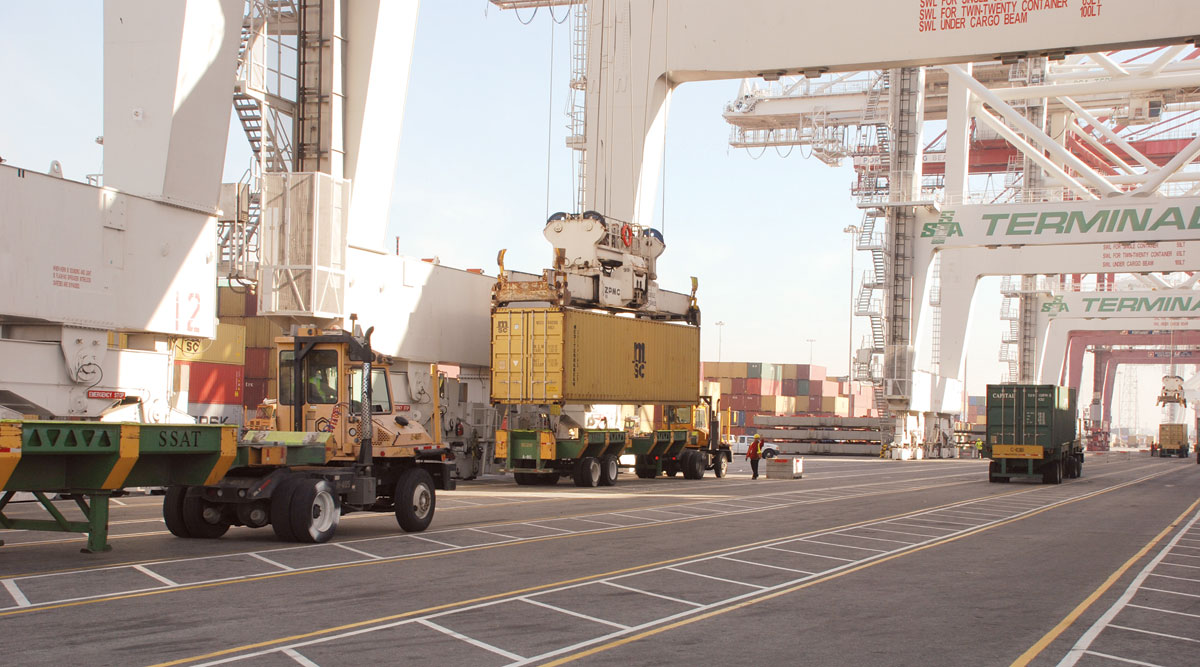 Gene Seroka, a group member and executive director of the Port of Los Angeles, told Transport Topics that he would never use statistics such as turn times or chassis availability in a punitive fashion. Port officials pay close attention to ship, truck gate and rail productivity, and the industry is more interested in recent years in tracking dwell times of containers, he said.

“From those basic metrics, we can learn a lot. But that needs to be something that’s more on the voluntary side of the industry,” Seroka said. “If we build off of that, to make sure where baselines are, then we can draw from that efficiencies to be gained that would have a positive effect on the industry overall.”

He added, “Longshore labor and the truck drivers — the folks that move the cargo — are our bread and butter. There’s no reason to be combative with those guys and ladies.”

While no one in the Port Performance Group stated that it was officially dead, there was not a consensus on the need to meet again before its charter runs out next year.

“The whole point of the working group was to get data on port capacity and throughput, and we did that. So in my view, the things that Congress vested with the Port Performance Group are complete,” Pavlak said.

Whalen also expressed doubt that the group would meet further.

“The problem is that the union with some support from rail and others just basically said, ‘This will be the report and that’s the end of it. We don’t need this group anymore.’ So as far as I know, we’re not going to meet again,” Whalen said. “[The report] was not what we needed, but you can check a box and say, ‘Well, that’s kind of what the law required, so thank you very much.’ But there didn’t seem to be much stomach to keep this group around.”

Whalen retired as executive director of the Intermodal Motor Carriers Conference of ATA earlier this year and has been replaced by Tyler Rushforth, a veteran of Capitol Hill and adviser to former Senate Majority Leader Harry Reid of Nevada.

Port authorities and trucking organ­izations will continue to lead the charge on tracking chassis and turn times. One group — the Harbor Trucking Association in Southern California — measures turn times in Los Angeles and Long Beach.

“Metrics are going to happen, whether it’s from a private-sector entity, an association or a port/government agency. It’s just a matter of when,” HTA Executive Director Weston LaBar said. “I’ve had conversations with people in the Pacific Northwest, Oakland [Calif.], Houston and New York-New Jersey. Our partner Geo-Stamp has given presentations on the data collection tools we used to put our program together.”

Map: Where They Are