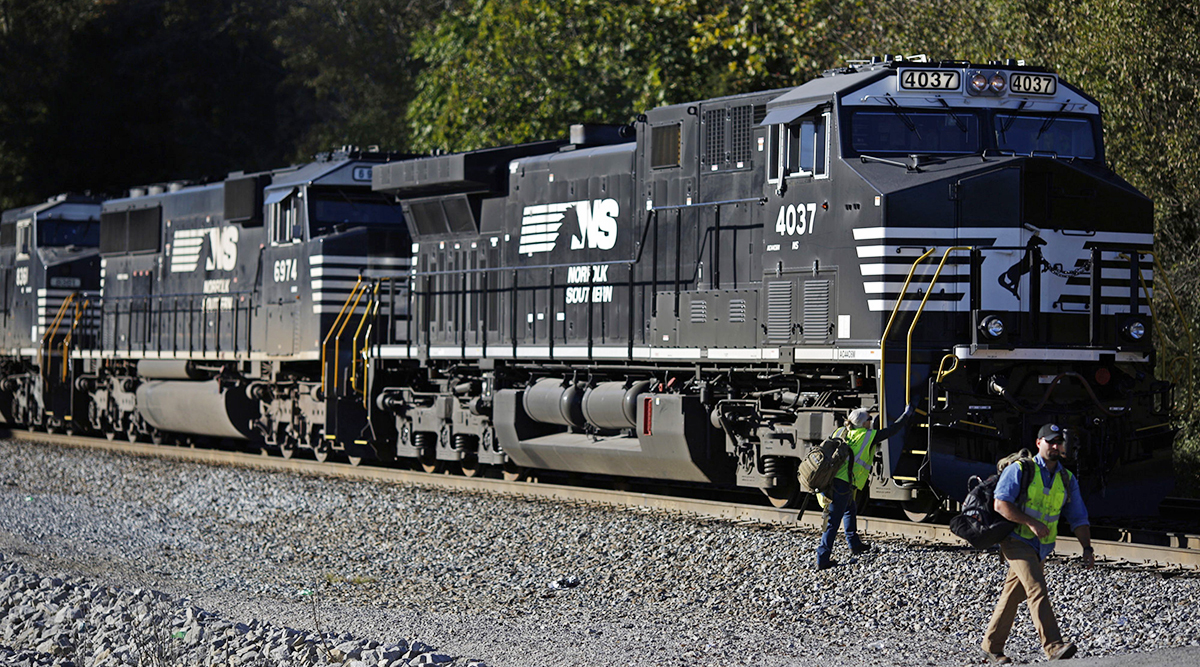 A Norfolk Southern Corp. freight locomotive is parked while conductors swap out during a crew change in Burnside, Ky. (Luke Sharrett/Bloomberg News)

Norfolk Southern will pay the city of Cincinnati, which owns the line, $1.62 billion in cash, according to a statement Nov. 21. The city plans to use the proceeds for an infrastructure fund focused on updating and replacing local streets, bridges, municipal buildings, parks and green space.

The deal gives Norfolk Southern about 9,500 acres of land under the line, which runs from Cincinnati to Chattanooga, Tenn., and is one of the company’s highest-density segments of track. CSR is operated by a Norfolk Southern subsidiary under a lease agreement expiring in 2026.

The transaction is expected to close in the first half of 2024.

Norfolk Southern shares were unchanged in late trading after closing up 1% during the regular session. The stock has declined 16% this year.