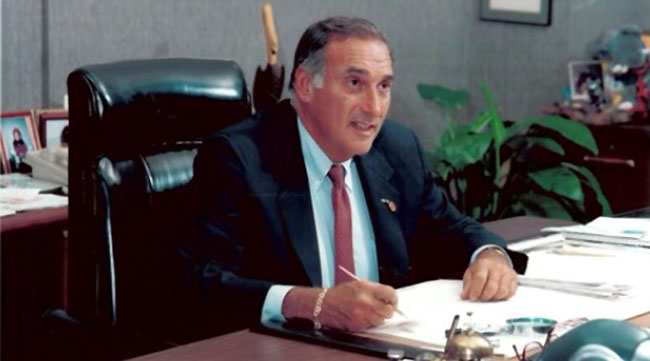 Myron “Mike” Shevell began his career in trucking as a 14 year old — working for his father at a family-owned company, driving a delivery truck in Perth Amboy, N.J., 73 years ago.

In the late 1940s and early ’50s, according to friends, Mike, without a driver’s license and often at night, regularly would make delivery runs to grocery stores, warehouses and restaurants from the home office to as far south as Baltimore.

Early in the morning, once he returned home, he had breakfast before jumping on a school bus to attend high school.

After finishing his education at New York University, Shevell joined Apex Express and later, along with his brothers, assumed control of Associated Transport. From the early ’40s through the late ’60s, Associated Transport was one of the nation’s largest trucking companies.

NEMF said at the time it had absorbed two years of heavy financial losses. Its financial condition was made worse, the company said, by the ongoing driver shortage, increasing operating costs and several under performing contracts with large retailers.

When it closed, NEMF was the biggest LTL carrier to shut down since CF Motor Freight closed its doors in 2002.

Until the shutdown, Shevell was fond of wearing classic Oxford suits as he visited truck terminals and often chatted with longtime employees, knowing many of them by their first names. In the ’70s, friends say it was not uncommon to see him at the company headquarters in Elizabeth on weekends, often with one of his three children by his side.

His normal routine consisted of starting each day in the maintenance shop, attending meetings, having a sandwich at his desk and later going to Manhattan to have a business dinner.

During his career, Shevell received numerous industry awards and served in a variety of high-profile industry positions including as the vice chairman of the New Jersey Transit Corp. and president of the New Jersey Motor Truck Association. He received the Ellis Island Medal of Honor. He also served on the board of the Ronald McDonald House Charities for more than a decade.

Shevell is survived by his daughter, Nancy McCartney and his son-in-law Sir Paul McCartney, a daughter, Susan Shevell, and numerous grandchildren and great grandchildren. Shevell was preceded in death by his wife of 34 years, Arlene Walters Shevell, who died in 1991 and his son, Jon Shevell.

A private funeral service will be held in New Jersey.