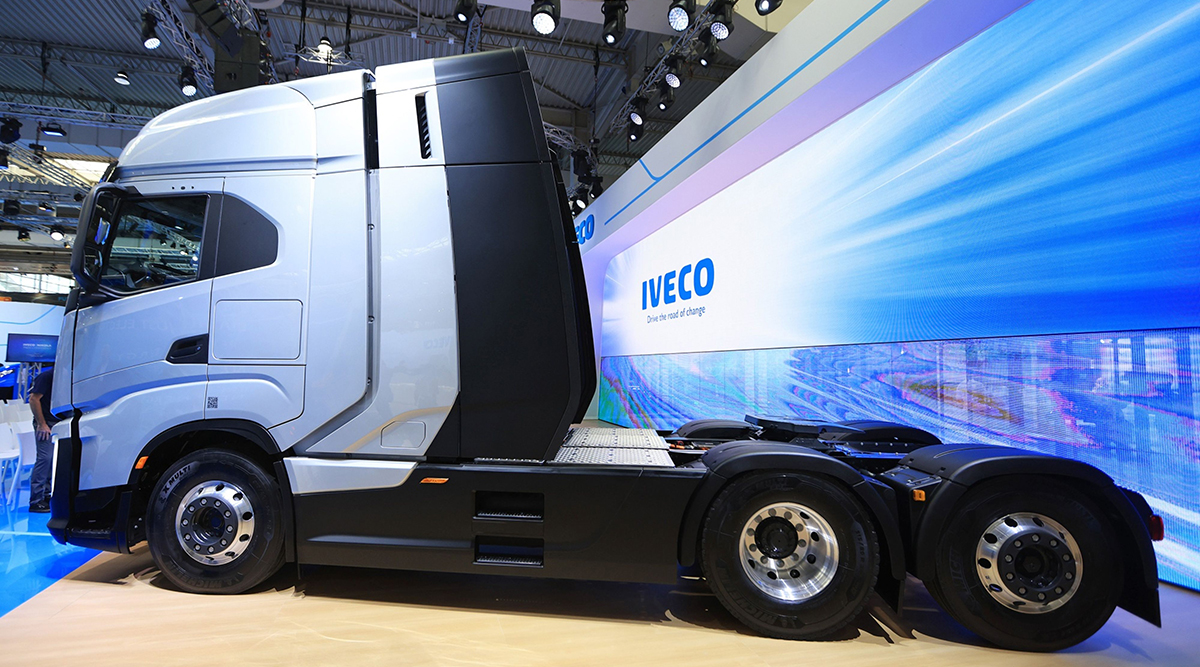 Nikola Corp. posted quarterly sales above expectations as production of its battery-electric trucks ramped up, but didn’t provide updated guidance on its previous goal of delivering at least 300 trucks this year.

Nikola built 75 of its Tre BEV trucks in the third quarter, up from 50 last quarter, according to a statement Nov. 3. It delivered 63 to dealers, below what it guided to last quarter. Nikola posted revenue of $24.2 million, above analysts’ expectations for $22.3 million. Nikola also recorded a narrower-than-expected loss of 28 cents per share.

“During the third quarter we continued to produce and deliver Nikola Tre BEVs to dealers and customers,” President Michael Lohscheller said in the statement. He’s scheduled to become chief executive officer when Mark Russell steps down on Jan. 1.

The Phoenix-based company sees itself as a leader in clean-energy commercial vehicles but has had a roller-coaster history getting its vehicles to market. Its efforts to develop plug-in electric trucks has been hampered by a global breakdown in supply chains and shortages of key parts, as well as managerial turmoil.

Chief Financial Officer Kim Brady warned analysts last quarter that Nikola would “more likely” come in near the bottom of a previously guided range of 300 to 500 vehicles delivered for the year. The company’s third-quarter earnings statement had no additional guidance on production goals.

Longer term, Nikola is focused on building hydrogen-powered fuel-cell trucks, but those models are still in development. Nikola also is working on building out fueling infrastructure.

After going public via a special purpose acquisition company in June 2020, Nikola’s market value eclipsed that of Ford Motor Co. despite having no revenue. But the stock came back to Earth after founder Trevor Milton was accused by a short seller of lying about the company’s progress and technology.

Last month, Milton was found guilty of defrauding investors in a New York federal court in a trial which stemmed from issues raised in the short seller’s report.