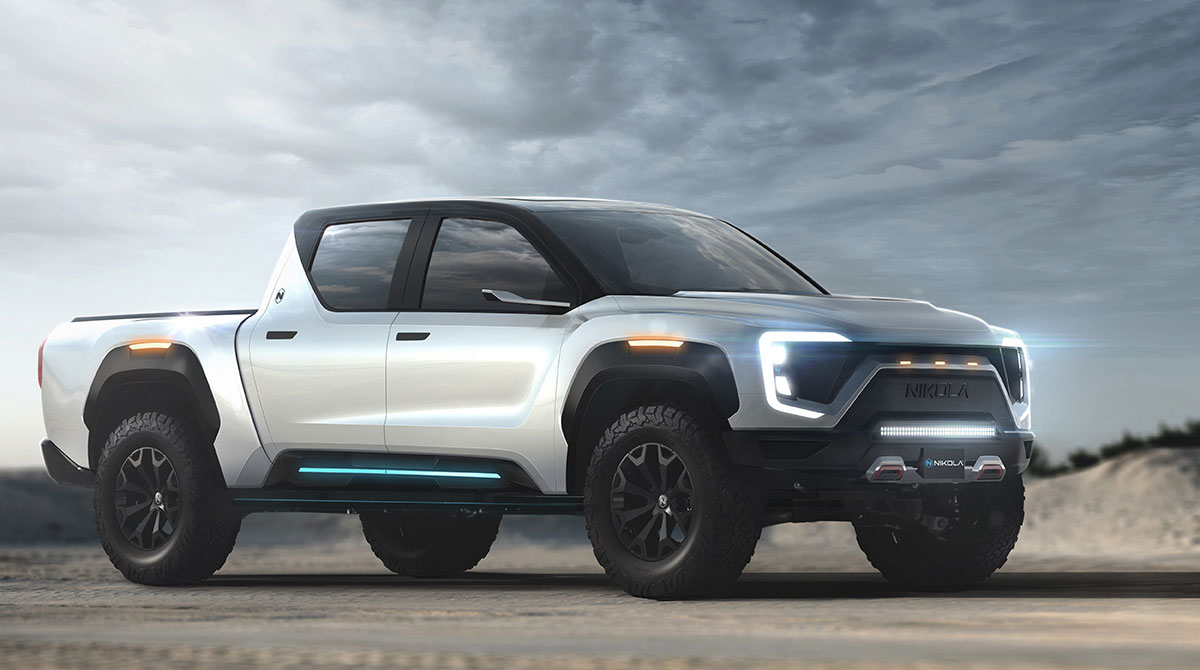 The planned Nikola Badger was never developed after GM dropped its plan for a stake in the electric vehicle maker. (Nikola Corp.)

Nikola Corp. founder Trevor Milton wasn’t truthful when he claimed his company was responsible for most of the components in a planned pickup truck General Motors Co. was to build for the electric vehicle maker, a GM engineer testified.

“There were no components coming from Nikola,” Scott Damman, a senior manager at GM working on software, told the jury in Milton’s criminal fraud trial Sept. 22. “They owned the creative design, what the vehicle looked like and felt like, but all of the parts were to come from General Motors.”

Milton is accused of misleading investors by exaggerating the company’s progress toward introducing vehicles for sale and of lying about Nikola’s technology and partnerships. The defense argues he was just following the corporate marketing plan and never said anything he didn’t believe to be true.

The testimony from Damman, whom GM sent to work with Nikola at the time, came in response to questioning about a video interview Milton gave in 2020. 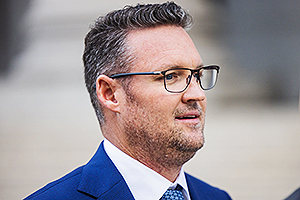 “It’s probably 70% Nikola, 30% GM, when it comes to the parts that are really important to us,” Milton said in the interview that September, the same month the Detroit car maker announced it would build and provide technology for Nikola’s Badger pickup in return for payments and an 11% equity stake.

The relationship between Nikola and GM was to be brief. A short-seller’s report followed just days after the partnership was announced that month, accusing Milton and Nikola of deception. By November, GM had scaled back its commitment and dropped its plans for the stake. The Badger was scrapped.

Nikola took $5,000 down payments for Badger reservations in June 2020, when it had no prototype or plan to manufacture the pickup. Public discussion of the truck bolstered Nikola’s stock price, with promises a prototype would be revealed at an event later that year. That unveiling, too, was canceled.

After Damman stepped down from the witness stand, Joseph Ryan, an individual investor, told the jurors he had lost about $160,000 on Nikola stock. Ryan said he bought shares based on public statements by Milton that the company had succeeded in slashing the cost of hydrogen fuel from $16 a kilogram to less than $4. He told the panel it would have mattered to him if he had known Nikola was actually buying hydrogen at $14 a kilogram rather than producing it.

Ryan said he also invested based on Milton’s claims that Nikola was moving toward commercial production of the Badger, and that he was misled by a video that appeared to show a Nikola truck prototype traveling under its own power when in fact it was rolling downhill thanks to gravity.

On cross-examination, Ryan agreed that Securities and Exchange Commission filings are a more reliable source of company information than press interviews, as Milton lawyer Marc Mukasey suggested that day trading is risky.