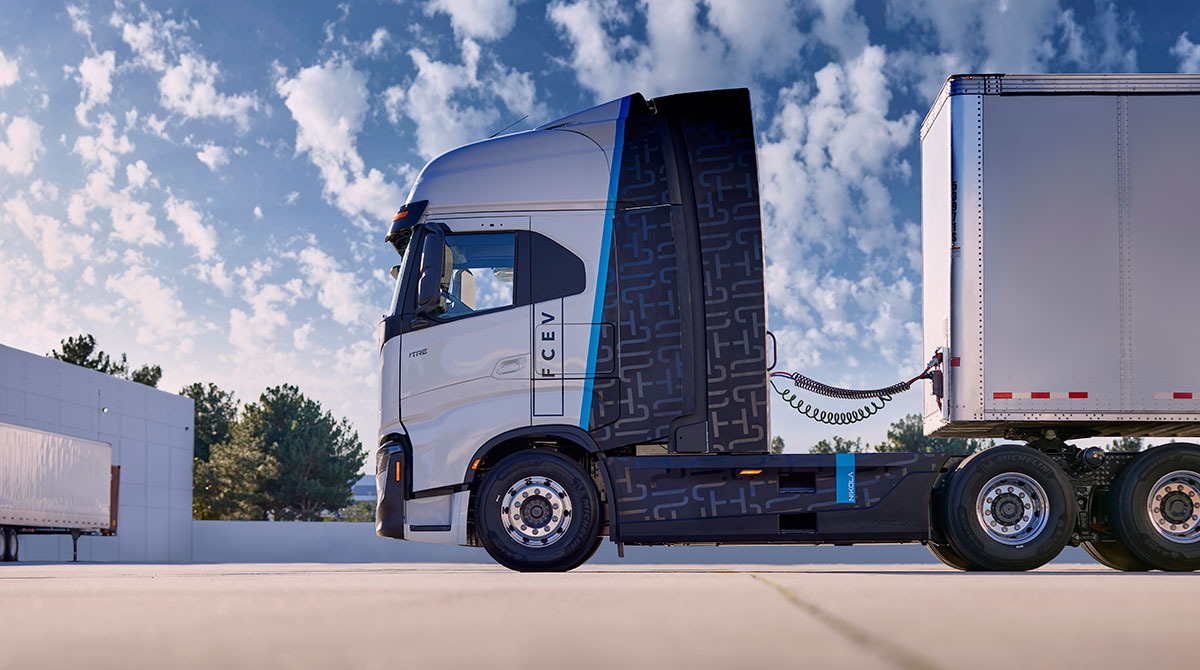 “Nikola has spent the greater part of two years developing a flexible mobile fueling solution which cools and compresses hydrogen to rapidly fill 700-bar FCEV heavy-duty trucks,” Nikola CEO Michael Lohscheller said in a release. “Coupled with Nikola’s hydrogen tube trailer, with a capacity of 960 kg, Nikola’s mobile fueler can refuel customer trucks back-to-back. This will deliver flexible hydrogen fueling solutions for our customers starting in 2023 and will complement Nikola’s permanent hydrogen fueling stations which are being developed.”

Nikola’s mobile fueler program includes its own mobile fuelers as well as a number of third-party mobile fuelers, which will provide Nikola’s customers with a variety of flexible fueling options, according to the Phoenix-based company.

“Nikola’s mobile fueler program will be an integral part of Nikola’s flexible customer service in its early years by delivering hydrogen to its FCEV customers at locations which meet their needs,” said Carey Mendes, Nikola’s president of energy.

Nikola recently announced that it received a California Air Resources Board Zero-Emission Powertrain Executive Order that is a requirement for the Nikola Tre FCEV to be eligible for CARB’s Hybrid and Zero Emission Truck and Bus Voucher Incentive Project program.

Nikola noted upon final HVIP approval, purchasers of the Nikola Tre FCEV in 2023 may be able to qualify for California’s state-based incentive valued at $240,000 per truck, $270,000 per truck for drayage fleets, or up to $288,000 per truck for fleets with 10 trucks or fewer, performing drayage operations, and located within a disadvantaged community area.

In addition to the funding provided by HVIP, purchasers of Nikola’s Tre FCEVs will also qualify for an additional $40,000 clean commercial vehicle tax credit in 2023 from the federal government due to the passage of the Inflation Reduction Act, the company reported.

With a range of up to 500 miles, the company noted its Nikola Tre FCEV is expected to have among the longest ranges of all commercially available zero-tailpipe emission Class 8 tractors while realizing weight savings when compared to Class 8 battery-electric vehicles with similar range.