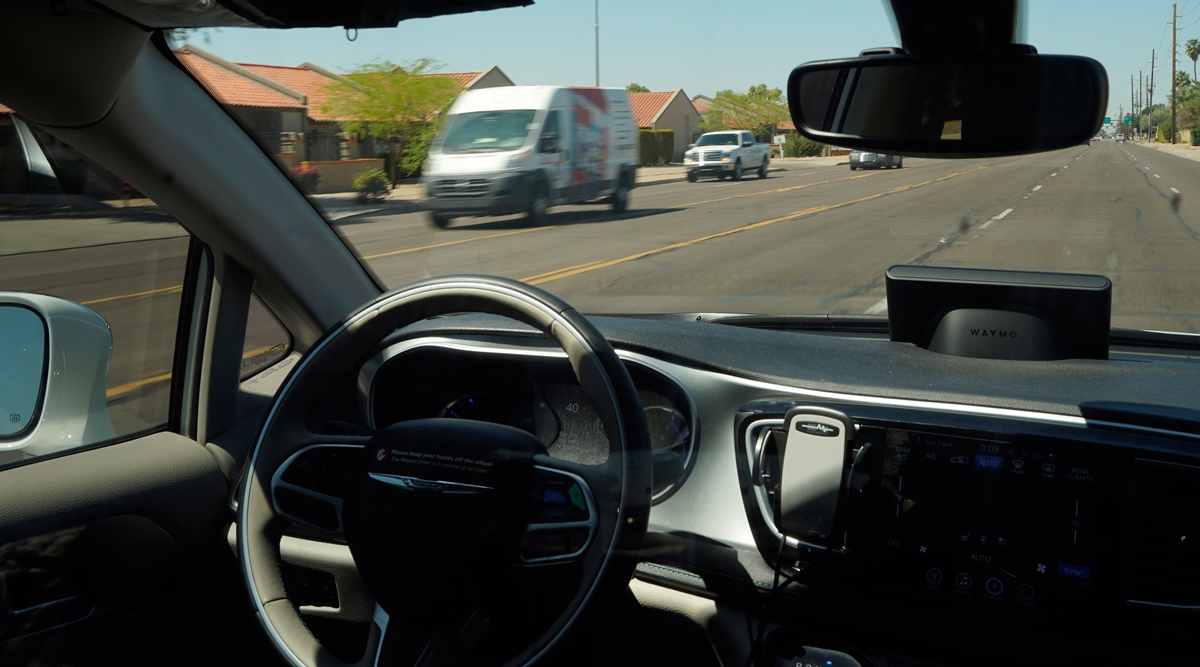 A Waymo minivan moves along a city street with an empty driver's seat in Chandler, Ariz. (Ross D. Franklin/Associated Press)

The move June 29 by the National Highway Traffic Safety Administration indicates the agency is taking a tougher stance on automated vehicle safety than in the past. It has been reluctant to issue any regulations of the new technology for fear of hampering adoption of the potentially life-saving systems.

The order requires vehicle and equipment manufacturers and companies that operate the vehicles to report crashes on public roads involving fully autonomous vehicles, or those in which driver-assist systems were operating immediately before or during a crash.

“By mandating crash reporting, the agency will have access to critical data that will help quickly identify safety issues that could emerge in these automated systems,” NHTSA Acting Administrator Steven Cliff said in a statement.

The agency says it will look for potential safety defects, and the information could cause it to send out a crash investigation team or open a defect investigation.

The order comes after NHTSA has dispatched special investigation teams to 31 crashes involving partially automated driver-assist systems since June 2015. Such systems can keep a vehicle centered in its lane and a safe distance from vehicles in front of it. Of those crashes, 25 involved Tesla’s Autopilot system in which 10 deaths were reported, according to data released by the agency.

Tesla and other manufacturers warn that drivers using the systems must be ready to intervene at all times. Teslas using the system have crashed into semis crossing in front of them, stopped emergency vehicles and a roadway barrier.

The agency also is investigating nonfatal crashes involving partially automated systems in a Lexus RX450H, a Volvo XC-90 and two Cadillac CT6s. In addition, teams investigated crashes involving an automated Navya Arma low-speed shuttle, and another Volvo XC90 operated by Uber in which a pedestrian was killed in Arizona.

The National Transportation Safety Board, which also has investigated some of the Tesla crashes, has recommended that NHTSA and Tesla limit Autopilot’s use to areas where it can safely operate. The NTSB also recommended that NHTSA require Tesla to have a better system to make sure drivers are paying attention. NHTSA has not taken action on any of the recommendations.

RELATED: US to Seek Automated Braking Requirement for Heavy Trucks

Jason Levine, executive director of the nonprofit Center for Auto Safety, an advocacy group, said the crash reporting is a welcome first step by NHTSA. The center has been asking the agency to oversee automated vehicles for several years.

“Collecting crash data, and hopefully data from crashes which were avoided, can help serve a variety of purposes from enforcing current laws, to ensuring the safety of consumers, as well as paving the way for reasonable regulations to encourage the deployment of safe advanced vehicle technology,” Levine said in an email.

Companies have to report crashes involving fully autonomous or partially automated vehicles within one day of learning about them, if they involve a hospital-treated injury, a death, air bag deployment, pedestrians or bicyclists, or were serious enough for a vehicle to be towed away.

Other crashes involving vehicles equipped with the systems involving injury or property damage have to be reported every month. The requirement does not apply to consumers who own vehicles or auto dealers.

NHTSA says in a statement that the data can show if there are common patterns in crashes involving the systems.