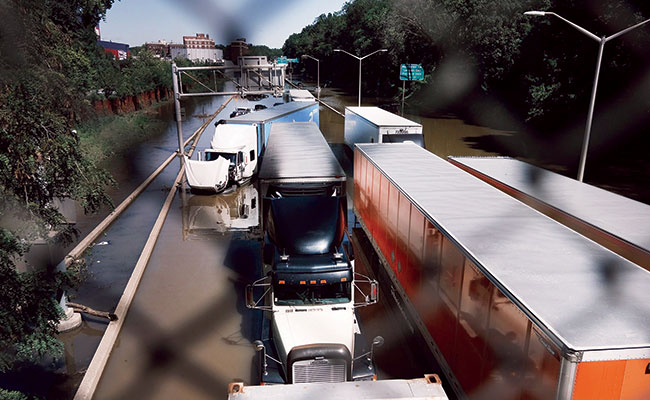 New York and the U.S. Northeast are facing another flood threat just three weeks after the remnants of Hurricane Ida devastated the region, but the heavy rain expected through Sept. 24 won’t match that storm’s deadly deluge.

As much as 2 inches of rain could fall in New York and its surrounding suburbs starting Sept. 23 in the afternoon with the heaviest showers coming in the evening, likely causing some floods, the National Weather Service said. Flood warnings are already in place in Washington, D.C., though the system is moving to the east.

“We are going to do things differently from now on,” New York City Mayor Bill de Blasio said Sept. 23 in a briefing. “Officially this looks like a limited storm, but we’ve learned that projections are not always right. The National Weather Service forecast is for 1.5 inches of rain but they are talking about 1 inch an hour, which could cause problems.”

The remnants of Hurricane Ida killed more than 40 people in the Northeast, sent torrents of water through New York’s subways and inundated many homes and businesses throughout the region. Ida’s blow to the region came after the storm tore a path of destruction across Louisiana and the U.S. South. More than 7 inches of rain fell in Manhattan as Ida moved through, with more than 3 inches falling in a single hour.

“It looks like heavy rains will be getting up to New York City around 8 p.m., extending to midnight,” said Bob Oravec, a senior branch forecaster with the U.S. Weather Prediction Center. The weather system “is slow moving and there will definitely be heavy rain with it, but it definitely won’t be as intense as Ida.”

Flood warnings and watches stretch from Virginia to Connecticut as a powerful cold front sweeps the area, bringing the threat of severe thunderstorms that can unleash hail and damaging winds, the weather service said. After the front passes, the Mid-Atlantic and Northeast will be in for some drier, cooler weather, Oravec said.

“The real concern is roads that are prone to flooding,” de Blasio said. “With basement apartments, this is much less than what we saw with Ida,” though he said residents should be ready to move to higher ground if the storm appears to be more severe than forecast.

In Ida’s Aftermath, No Quick Relief in Sight