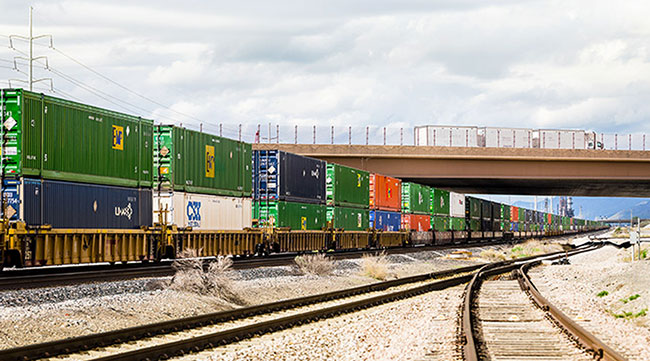 Just 60 miles south from one of the most famous locations in American transportation history, Promontory Point, Utah, a new transportation and logistics center is open for business and still being built out.

Supporters say the Utah Inland Port Authority could be key to relieving congestion at the California ports of Los Angeles, Long Beach and Oakland, and also for the Northwest Seaport Alliance, which operates the ports of Seattle and Tacoma, Wash.

“The inland port is directly connected to the major West Coast gateways and the big distribution markets in the Midwest,” port Executive Director Jack Hedge told Transport Topics. “We’re actually at that crossroads. We’ve got all the logistics capacity in the world available now, and it’s time to take advantage of it.” 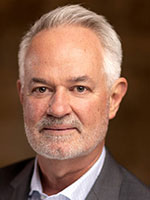 On May 10, 1869, workers from the Union Pacific and Central Pacific railroads drove a 17.6-karat golden spike near Promontory Summit, Utah Territory, joining the two tracks and forming the first transcontinental railroad.

With the Southern California ports overloaded with cargo and emergency efforts in place to unload ships, the Utah facility is being used as a “relief valve” to stage freight and move it inland. Utah recently signed partnership agreements with Long Beach and Oakland to help ship freight. 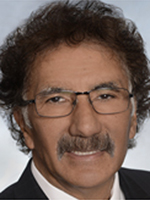 The Salt Lake City location only opened in 2019 and went fully operational a few months ago. For truck traffic, it’s located at the intersection of interstates 80 and 15, and interstates 84 and 70 are nearby. Class I railroad Union Pacific has track there, and on Oct. 27 announced direct rail service between Long Beach and Salt Lake City.

“Our Salt Lake City facilities offer a perfect relief valve for some of the current port congestion and open a new world of services for companies across the region,” said Hasan Hyder, Union Pacific’s general director of intermodal.

About 800 miles inland and connected by the interstate highways, the Utah facility is about the same distance from the four major West Coast ports.

Hedge points to its 16,000-acre footprint and an additional 7,500 acres available, and 250 million square feet of warehouse and distribution space. Salt Lake City International Airport, a hub for Delta Airlines, also is just a few miles away.

“We have the truck capacity, we have chassis, we have container yards, and we have an intermodal ramp that has the capacity,” he said. “It’s not unlimited, but it can sure provide a relief valve right now.”

Trucking industry officials say something needs to be done soon at Los Angeles and Long Beach because tens of thousands of containers need to be moved. Both facilities on Nov. 1 began to institute progressively steeper fees to the ocean carriers if the boxes sit too long.

There are super stacks, hundreds of containers stacked on top of each other in a giant pyramid. Good luck digging that thing out.

“The problem is empty containers sitting on chassis,” Harbor Trucking Association Executive Director Matt Schrap told TT. “There are super stacks, hundreds of containers stacked on top of each other in a giant pyramid. Good luck digging that thing out.”

The expansion of the Utah facility is not without controversy. Environmental groups have expressed concerns over the scope of the development, citing potential air quality and congestion issues in Salt Lake City as reasons to move slowly. However, studies in 2016 and late 2017 indicated that an inland port could be successful because of Utah’s perceived favorable business climate, geographic location and existing transportation network that could expand quickly.

The real issue, Schrap says, is just that the shipping companies won’t take their empty containers back: “The ocean carriers need to come sweep out the empties.” https://t.co/4C4Mb5bQB9

“Utah has many compelling business investment attraction attributes, and over recent years the state and region have fared well as a regional logistics market and as a burgeoning technology hub,” said the December 2017 report, prepared for the Governor of Utah’s office by Cambridge Systematics and GLD Partners.

While Utah may be viewed as a short-term solution to congestion in Southern California, IHS Markit transportation economist Paul Bingham told TT he’s not convinced transporting containers 800 miles to Utah is a permanent solution and that facility will need to expand its operations.

“All of this is potentially useful at the margins to release some of the pressure,” he said. “But none of this is overnight, and all of this long-term benefit is potentially real, but it’s perhaps only related to the current crisis, and that’s the enormous demand for imports. It’s not a short-term solution.”

Utah’s Hedge said his facility may be an indicator of the future.

“If it doesn’t need to be done at the coasts, don’t do it at the coasts. That land at the coastal areas is exceedingly valuable,” Hedge said. “The higher and better use is moving the freight inland, as quickly as possible. We only got up and running this fiscal year. But folks are starting to pay attention. We’ve seen this model work.”