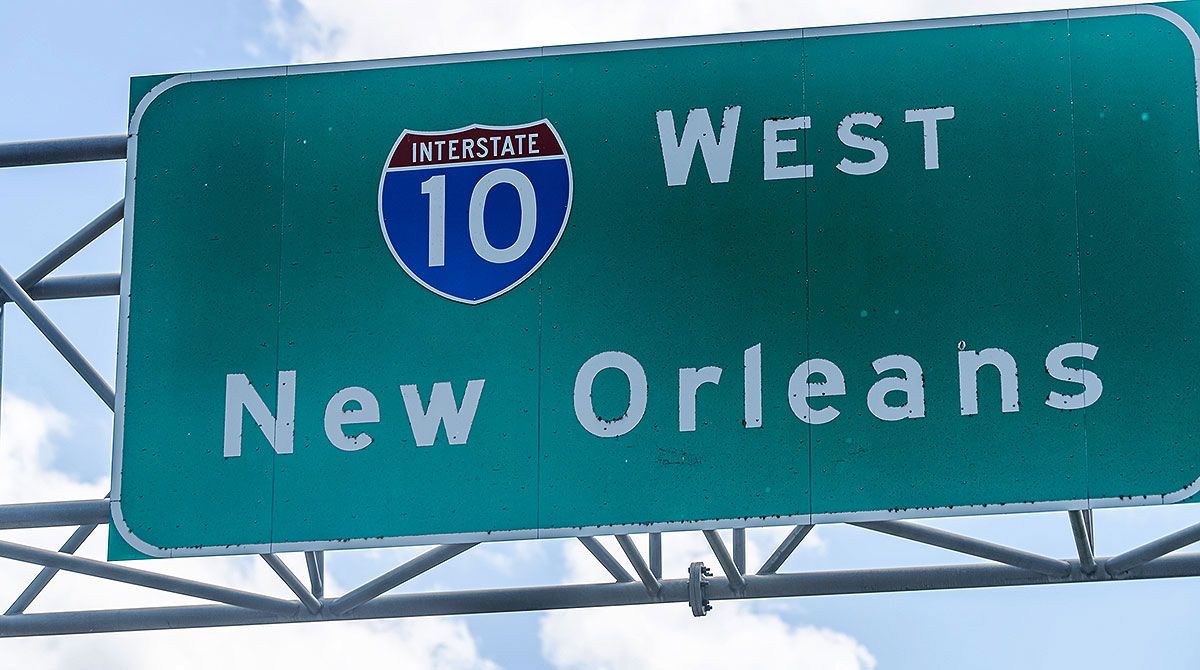 A previously unidentified New Orleans attorney alleged to be a co-conspirator in a sweeping federal investigation into staged accidents with tractor-trailers was named in a Nov. 5 federal indictment for his alleged role in the conspiracy.

Danny Patrick Keating Jr., 51, unnamed but only identified as “Attorney A” in several previous indictments, was accused of being a participant in as many as 31 staged accidents in the New Orleans area in recent years. He became the 33rd individual charged in the complex conspiracy.

Federal authorities specifically charged Keating with one count of conspiracy to commit mail and wire fraud, for conspiring with alleged ringleader Damian Labeaud and others to defraud insurance companies, commercial carriers and trucking companies in a scheme involving intentionally staging automobile accident crashes.

Thus far, Labeaud and 10 others of the 33 indicted defendants have pleaded guilty in federal court; some are due to be sentenced in February.

Keating knowingly paid Labeaud for 31 illegally staged tractor-trailer accidents, and represented 77 plaintiffs involved in the 31 accidents staged by Labeaud, according to a statement issued by U.S. Attorney for the Eastern District of Louisiana Peter Strasser.

The indictment also alleges that Labeaud and Keating sometimes discussed the staging of accidents before they happened and communicated via coded language regarding staging accidents. Keating is alleged to have had discussions with Labeaud about changing the locations of the staged accidents, varying the number of passengers, avoiding talking to the police, and avoiding cameras. Keating also discussed with his clients in the staged accidents that they would likely receive more money in settlement if they received medical treatment, according to court documents.

The lawsuits filed on behalf of the 77 plaintiffs fraudulently alleged who was driving the vehicles, misrepresented who was at fault in the staged accidents, and falsely claimed injuries. In many of the court cases, clients of Keating provided false testimony in depositions taken in conjunction with lawsuits filed by Keating, according to the charges.

“Mr. Keating was supposed to uphold the law rather than manipulate it to benefit himself and other co-conspirators financially,” FBI Special Agent in Charge Bryan Vorndran said in a statement. “This indictment is the culmination of an investigation conducted by special agents and intelligence analysts who worked tirelessly to bring Mr. Keating to justice and is one of many in this case that hopefully will deter others from fraudulently filing false auto and medical insurance claims.”

The FBI, Louisiana State Police and the Metropolitan Crime Commission have been participating in the ongoing investigation.

The investigation turned dark in late September. Only four days after he was indicted, alleged ringleader Cornelius Garrison was murdered amid reports that he had been cooperating with federal investigators.

Previous indictments have referred to at least three unnamed attorneys, plus doctors “known to the grand jury.” However, prior to Keating’s indictment, none of the attorneys or doctors accused of participating in the scams have been charged.

On Sept. 1, Keating was named in a federal Racketeer Influenced and Corrupt Organizations Act civil lawsuit and two of his alleged convicted participants in a pair of staged accidents with tractor-trailers in 2017.

The carrier, Southeastern Motor Freight Inc., owned by immediate past American Trucking Associations Chairman Randy Guillot, alleged in the lawsuit that it was defrauded by Keating, of the Nugent Keating law firm, saying Keating conspired with two others in the staged accidents.

News of the staged accidents in the New Orleans area first surfaced in March 2019 for incidents involving two tractor-trailers in 2017.

Early on, the attorneys identified similarities among a string of at least 30 cases, all in the New Orleans area. Those suspicious accidents included multiple people in a claimant vehicle, sideswipe allegations with commercial vehicle trailers, minimal damage to claimant vehicle, little to no damage to the insured trailer and a commercial vehicle driver who is either unaware of or denies impact, according to the trucking attorneys.

First 24 Hours After a Crash Can Affect Legal Implications Later

Amazon Sued by D.C. AG in Antitrust Suit Over Pricing