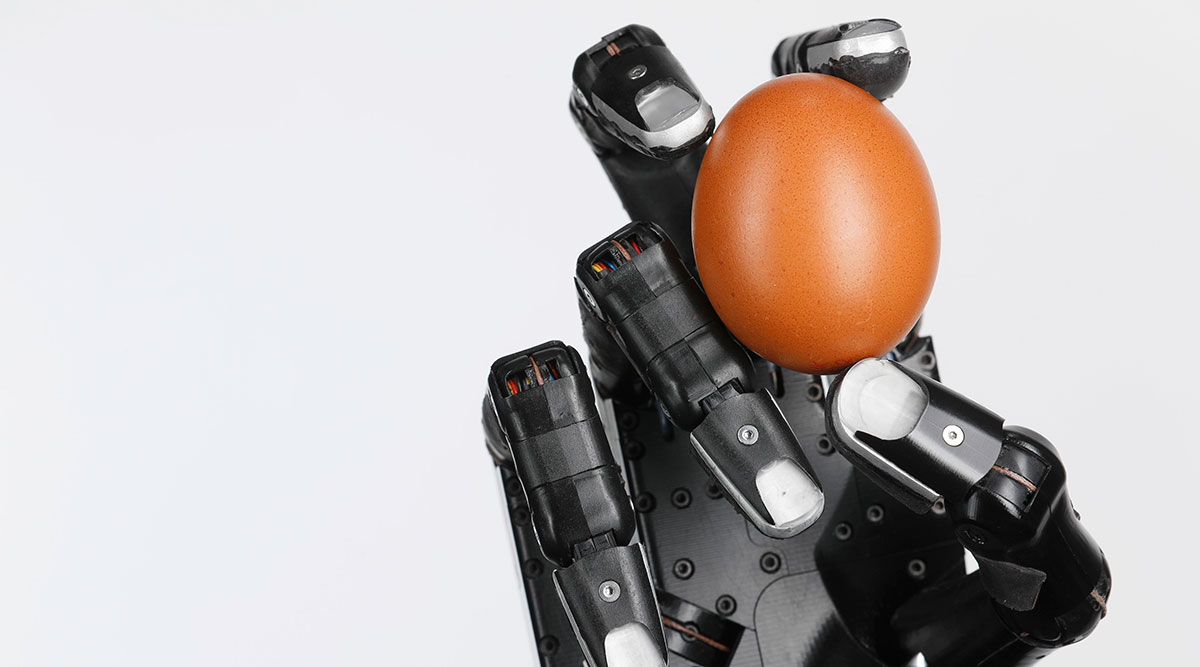 At a vast greenhouse in the central Danish city of Odense, a squad of robots moves thin plastic pots of herbs for shipping without even putting a dent in them. For moviegoers used to seeing humanoid machines in action, that might not seem special — but in truth, it’s a remarkable feat.

Robots until recently have been limited to precise, preprogrammed and repetitive heavy-duty jobs such as automotive manufacturing. Yet at the Rosborg Food greenhouse, the OnRobot A/S devices adjust on the fly. One pot might be slightly out of position. The next might be a little heavy.

Robots that can see, learn and grip different items are advancing quickly into the retail, food-and-beverage, and consumer-packaged-good industries. While deliveries of robots to the U.S. auto industry fell 12% last year, shipments to food and consumer-product companies soared 48%. 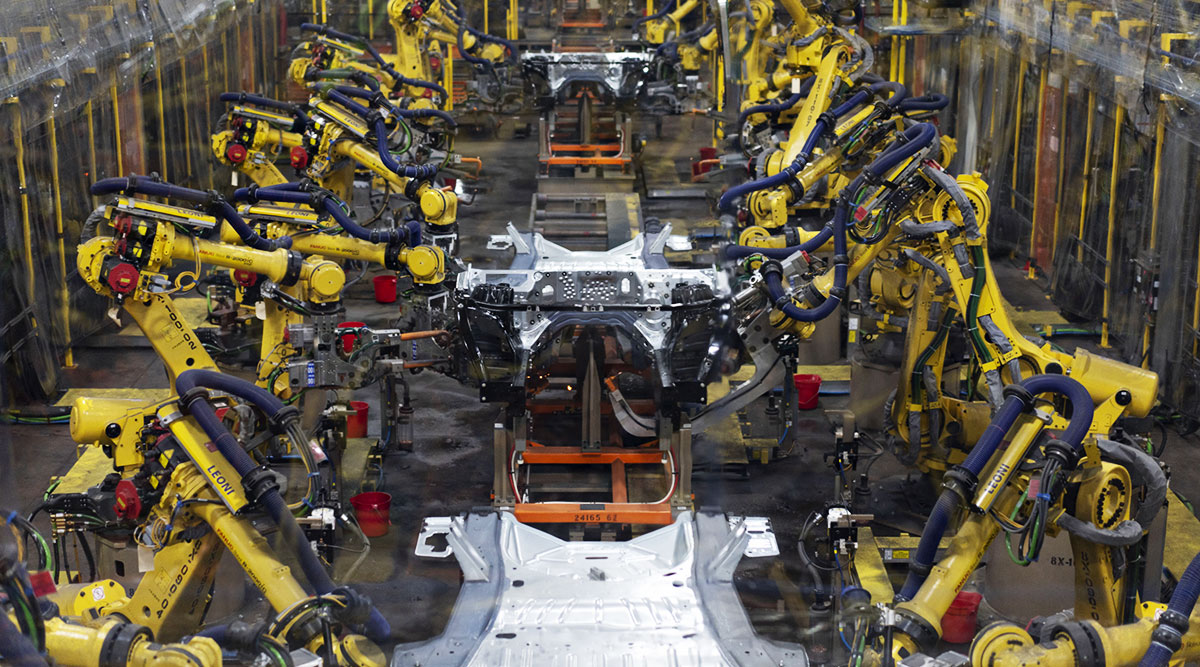 “The technology is going so fast now, that in two or three years” said Johnny Albertsen, Rosborg Food Holding A/S ’s CEO, “you can make the robot do almost anything.”

The number of jobs lost to automation is difficult to calculate, in part because one lost position often creates several others in new industries. But almost 40% of U.S. workers are in fields — retail and food service, for example — that will lose jobs to automation by 2030, according to a McKinsey report published July 11.

“It’s slower than a human, but it does not take … breaks. It does not go to lunch.”

And robots are needed in many industries as companies struggle to find workers. Unfilled positions in the category that includes warehousing jumped in April to a record since at least 2001, according to the U.S. Bureau of Labor Statistics.

Albertsen expects that improvements in gripping abilities soon will allow robots to pull tender plants from their containers. He plans to expand his crew with more automatons, which pay back the investment in about 18 months. A single setup such as the one Rosborg uses typically costs about $70,000, which includes the robot, the OnRobot gripper at the end of the robot’s arm and installation. 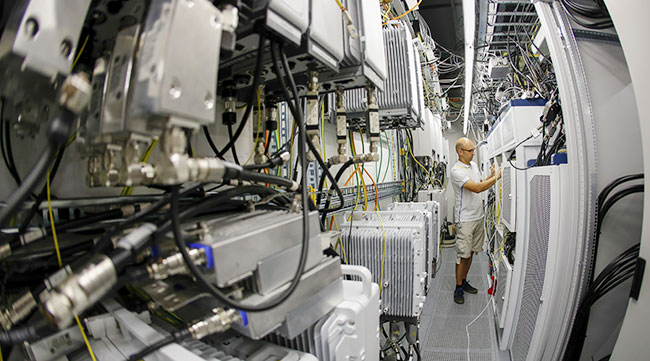 Computers and robots working together in a facility in Switzerland. (Stefan Wermuth/Bloomberg News)

The grippers and the machine’s ability to see are key. Most heavy industrial robots still operate blindly and must be surrounded by cages to keep humans out of harm’s way. Any variation, such as handling objects with different sizes or textures, weren’t possible. Now grippers that emulate a gecko’s sticky feet, or use soft polymers that expand to apply just the right amount of pressure, allow robots to take on new, more-nuanced tasks.

Cameras let the devices see an object. Artificial intelligence helps them determine the best way to grab it. AI, through which a machine improves its performance, will prove key for robots to perform tasks such as folding laundry that are simple for humans but difficult for machines.

At Capacity’s fulfillment center in New Jersey, workers had been tediously scanning items from such companies as cosmetics maker Glossier Inc. and shoe retailer Stadium Goods, then placing each product into one of 16 cubbyholes. The task now is done by a robot arm terminating in three phalanges and an air-driven suction cup in the middle.

Capacity — which packs and ships e-commerce orders from warehouses in France, the United Kingdom., New Jersey and California — has been testing the system from startup RightHand Robotics Inc., based in Somerville, Mass., and has more devices on order. The return on investment of two years or less helps ease pressure from the tight labor market, Capacity Chief Strategy Officer Thom Campbell said. 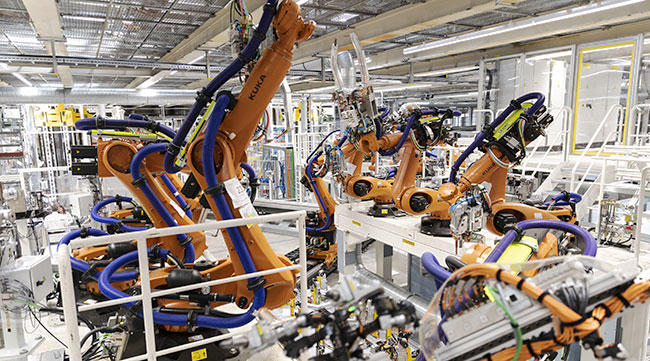 “It fundamentally changes everything in robotics,” he said. “We’re not doing very precise, involved path calculations. We’re seeing and grabbing. End of story.”

“There’s unbelievable high demand for automation,” he said, especially for groceries, food handling and consumer goods. “These are applications that two years ago, no one would have even considered.”

To meet expanding needs, OnRobot makes a gripper that relies on millions of gecko-inspired tiny fibrillary stalks that adhere to an object’s surface. The Danish company also sells so-called torque-sensor tools that apply just the right pressure for sanding or polishing.

Fibrillar stalks and suction cups are great. But some tasks — folding clothes, say, or loading a dishwasher — still are out of reach.

It could take 100 years to match the tiny bones, tendons and nerve endings that make the hand so versatile, said Junji Tsuda, chairman of robot maker Yaskawa Electric Corp., based in Kitakyushu, Japan.

“What would be the ultimate gripper to copy? Well, the human hand,” said Jesse Hayes, an automation group manager at Schunk GmbH. The Lauffen am Neckar, Germany, company has designed a tool that looks right — eerily dextrous enough to produce a convincing “come hither” gesture. But at $50,000 each and not rugged enough for heavy industrial purposes, it mostly is used by researchers.

“In general, for grasping many different objects and shapes and geometries,” Hayes said, “the human hand is ideal.”