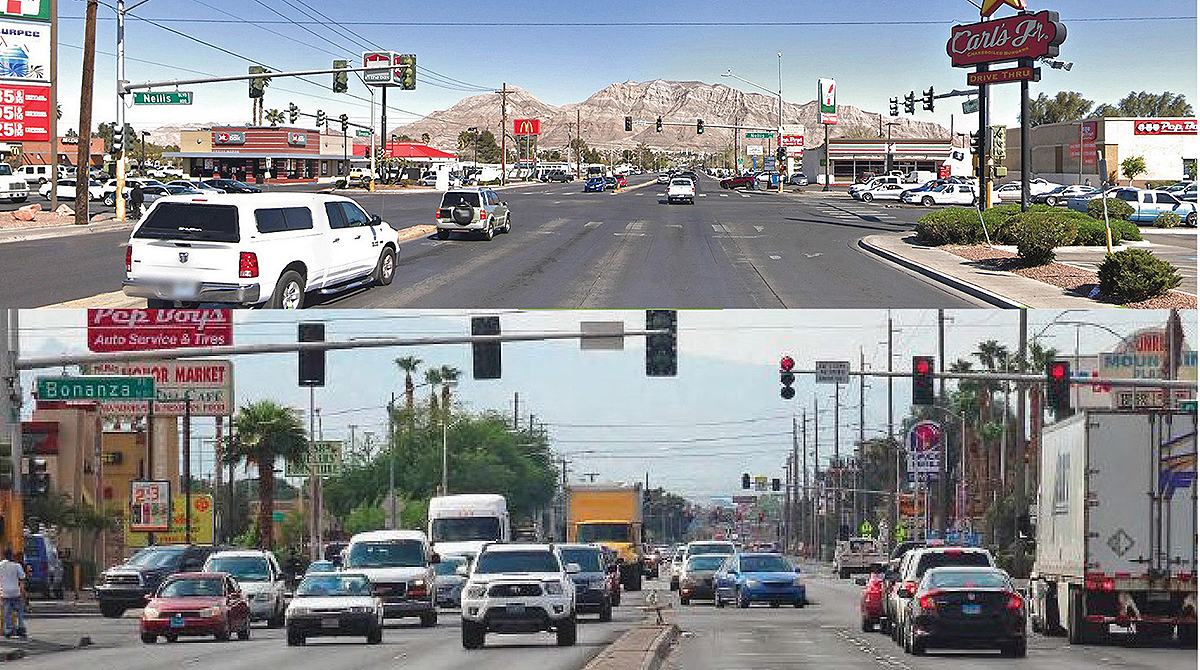 The Nevada Department of Transportation has awarded a $25.8 million contract to Las Vegas Paving Corp. to rehabilitate an aging portion of state Route 612.

Known as Nellis Boulevard, state Route 612 is a north-south corridor located 6 miles east of the Las Vegas Strip. Under the contract, Las Vegas Paving Corp. will rehabilitate 10 miles of roadway between Tropicana Avenue and Craig Road. The project will involve removing and replacing existing pavement, which will require 103,000 tons of new asphalt. 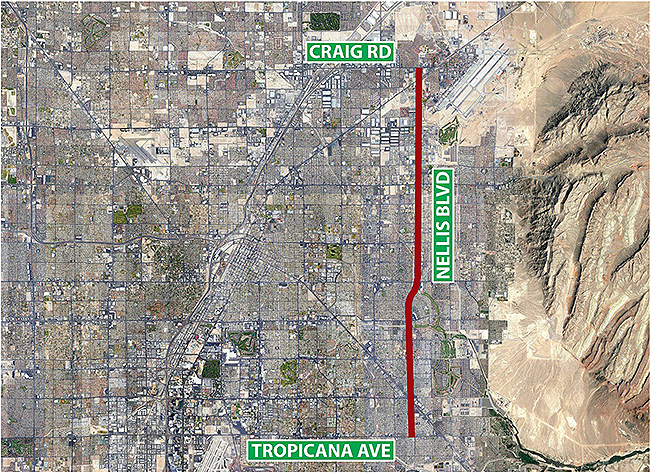 The project also will involve intersection improvements at the points where Sahara Avenue, Charleston Boulevard and Bonanza Road meet state Route 612. Other efforts will involve installing handicap-accessible ramps and sidewalks, as well as reprofiling concrete medians.

Every day, some 34,340 vehicles travel the stretch of state Route 612 targeted in the project, according to NDOT. Construction is scheduled to begin in late November and slated to wrap up in mid-2022.

“Although heavy-truck travel currently accounts for only a small percentage of the total daily traffic volumes through this corridor, these improvements will dramatically improve operational efficiency and access with reprofiled medians, widened turn pockets and safer pedestrian movements,” Illia told Transport Topics. “These improvements, as a result, could potentially make this urban arterial more appealing for future heavy-truck travel upon completion in mid-2022.”

During construction, at least two lanes will remain open in each direction; during certain overnight hours, traffic will be restricted to one lane in each direction. NDOT urges motorists to use caution while navigating through the work zones and rely on alternate routes, if possible. According to the department, public health protocols, such as social distancing and restricting crews to 10 people or fewer, are practiced out of concern for COVID-19.

The Las Vegas area has been the focus of several major NDOT projects. NDOT is preparing environmental and preliminary engineering studies for the Downtown Access Project, which is meant to improve the Interstate 515/U.S. Route 95 freeway. According to NDOT’s preliminary schedule, construction is expected to begin in 2027.

In July 2019, NDOT completed Project Neon, the $1 billion upgrade to I-15 in Las Vegas. The widening and revamp of ramps along a 3.7-mile segment of I-15, between U.S. 95 and Sahara Avenue, was the largest public works effort in the history of Nevada.

Overall, 63 lane miles were paved, 29 bridges constructed and 10 miles of drainage improvements implemented during Project Neon, according to NDOT. Besides reducing congestion and facilitating vehicle movement, the goal was to improve air quality by creating less idle time and vehicle exhaust.

NDOT’s improvement projects are meant to accommodate swarms of tourists and a growing population in Clark County, which encompasses Las Vegas. The Census Bureau reported Clark County’s population reached 2.26 million in 2019. Some 42.5 million tourists visited Las Vegas in 2019, according to the Las Vegas Convention and Visitors Authority.

“Clark County experienced a 65% population growth since 2000, with 74% of the state now residing in southern Nevada,” Illia said. “The growth is only expected to continue in the future.”