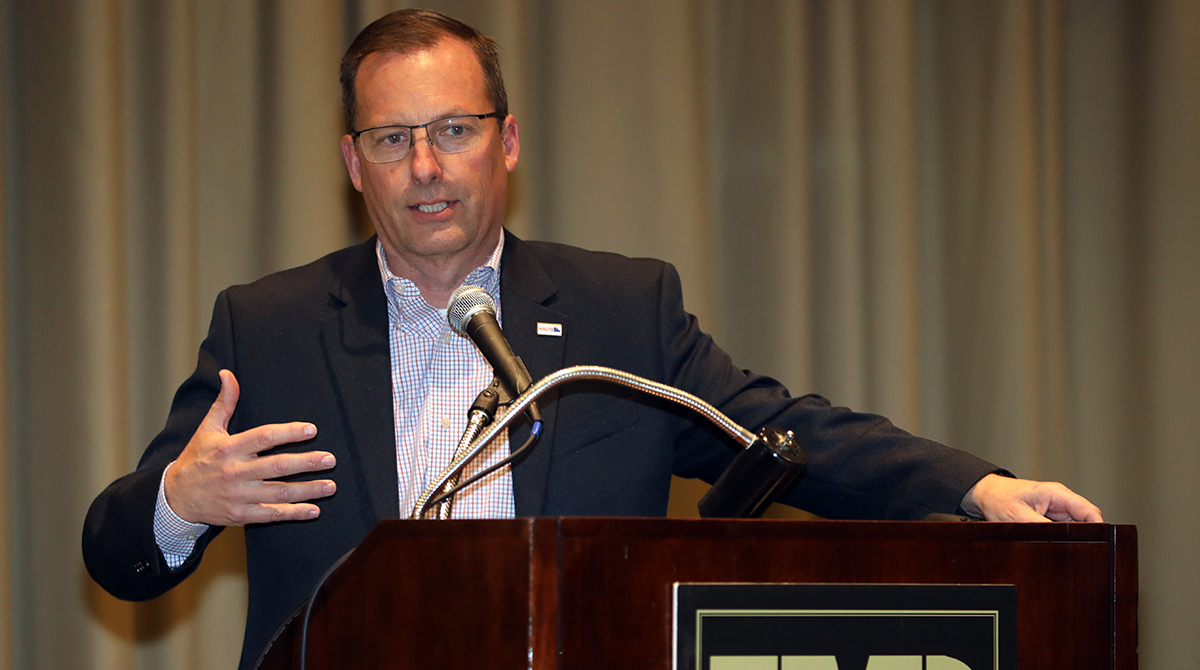 ATLANTA — The North American Council for Freight Efficiency on Feb. 23 announced it is beginning a three-year program to identify what it calls “high-potential” regional routes that are well-suited to running electric trucks.

“We’re on the verge of some real transformational technology in trucking and how we move goods around the country,” NACFE Executive Director Mike Roeth said at American Trucking Associations’ Technology & Maintenance Council annual meeting. “As we want our goods closer to where we consume them, there are warehouses being built and the warehouses are closer to the end user.”

Roeth said the “Run On Less” program that in October 2019 focused on regional trucking and ways to improve efficiency “opened our eyes to how these trucks are operated.”

NACFE is partnering on the effort with the Rocky Mountain Institute, a Basalt, Colo., nonprofit that is doing extensive research into electric vehicles and market-based solutions to improve energy and resource efficiency.

To fund the program, NACFE has received what Roeth said is a “significant” grant to conduct research. While not disclosing the amount at the request of the donors, Hewlett Foundation and Climate Works, he did say it will increase NACFE’s annual budget by 30%.

At TMC? Stop by Booth 2543 to say hello to us at Transport Topics.

“We’ve said many times these electric trucks have a lot of benefits that are difficult to monetize,” Roeth said. “So, with this part of the work stream over the next three years, we plan to really dig in and bring that data to the marketplace around electric trucks.”

He said trucking faces that same type of transition during the next several years.

“We’re starting with an industry that has no footprint,” Mihelic said. “You’re going to need utility people, service people, technicians that don’t exist today, and you’re going to be training people for these jobs.”

Roeth said NACFE staff will be planning several workshops to talk with regional trucking companies about their particular needs and where these corridors could be established.

“We’re talking to a number of Midwest, Northeast, Southeast areas that could be these next corridors with a lot of this regional, back-and-forth truck traffic," Roeth said.