Move to Truck ‘Autopilot’ Not Automatic

This story appears in the July 11 print edition of iTECH, a supplement to Transport Topics.

Perhaps no technology has captured so much attention so quickly in the trucking industry as automated driving and platooning systems. Just as is the case with its light-duty counterpart — the autonomous or self-driving car — the automated truck holds great promise to improve safety, fuel efficiency, productivity and traffic congestion, but serious questions remain unanswered and much work remains before this new technology bears full fruit for trucking. 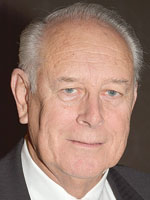 Even more so than passenger cars, commercial trucks have several attributes that make them attractive for early adoption of automated driving technology, such as:

• A compelling business case with respect to fuel economy.

• An ability to leverage an already integrated and sophisticated freight logistics infrastructure.

• A trained and regulated driver base.

If it seems as if this technology has sprung up overnight, consider it’s really an overnight “success” story that’s more than 50 years in the making. General Motors originally presented the concept at the 1939 World’s Fair, with many others conducting research during the next several decades. By the 1990s, demonstration projects with federal government support began showing the potential for automated vehicles, with work progressing rapidly to where we are now.

Progress hasn’t always been easy, and just agreeing on what to call this technology has taken years. In early discussions, the term “autonomous” was used frequently while some preferred “automated.” Media articles tend to use terms such as “self-driving” and “driverless.” Through the involvement of the National Highway Traffic Safety Administration and the Society of Automotive Engineers, the industry reached consensus that “automated” is the most suitable term.

The levels of automation can be simplified in terms of the driver role relative to today’s driving, as defined by SAE:

• Level 1: Driver may be “feet off” if using adaptive cruise control or “hands off” if a lane keeping assist system is engaged.

• Level 2: Allows for both hands-off, feet-off driving — eyes must stay “on” the road.

• Levels 4 and 5: Human driver has no responsibilities.

When automation is applied to several vehicles in a convoy, it’s referred to as “platooning.” Vehicle platooning, in its broadest sense, suggests the use of radar and vehicle-to-vehicle communications to form and maintain a close headway formation between at least two in-lane vehicles, controlling the vehicles both longitudinally and laterally at highway speeds, and implying at least Level 2 automation.

Near-term versions of platooning control only the longitudinal movement of the vehicle while maintaining a safe gap with the vehicle in front. Drivers in both vehicles remain responsible for steering, implying Level 1 automation. These are referred to generally as cooperative adaptive cruise control, and in the trucking industry, the term “driver assistive truck platooning,” or DATP, has been put forth.

Because of the broad interest in automated trucks and the significant implications automated driving has on the near- and long-term future of trucking, the Technology & Maintenance Council of American Trucking Associations has launched a special task force to explore the potential and pitfalls of this new technology.

TMC’s Automated Driving and Platooning Task Force, led by Richard Bishop of Bishop Consulting and working under the auspices of the council’s Future Truck Committee, has developed two documents for industry consideration:

• TMC Information Report 2015-2, Automated Driving & Platooning: Issues & Opportunities, is a comprehensive review of automated vehicles and their enabling technologies. If you want an excellent primer on the subject, this is it.

Both documents are available at http://tmc.trucking.org.

What follows is an overview of what TMC believes industry must do before adopting automated vehicle technology.

What TMC Itself Must Do

Looking inward, TMC’s Future Truck Committee recommends that the council itself should:

• Conduct a review of the benefits and effects of near-term platooning systems to develop guidance for system developers.

• Assess any barriers to various forms of truck automation, particularly in terms of state and federal regulations.

• Establish an expert consensus on the potential amount of fuel savings for various following distances, speeds and vehicle design.

• Assess the degree to which technicians need to be trained and/or certified to maintain DATP systems.

What the Trucking Industry Must Do

Similarly, TMC recommends that the heavy-duty trucking industry should:

• Assess current insurance approaches for suitability for increasing levels of automation, work with insurers to develop new models as needed, and address the particular needs of self- insured fleets.

• Address specific technical and scientific evaluation tasks such as:

b. Study the truck driver’s capability of controlling a vehicle with minimal following distances for long periods of time while experiencing the lack of a large field of view, especially behind a van trailer. Such studies should assess the issues and also investigate means of countering any negative effects.

c. Assess what overall vehicle design characteristics can be modified to maximize fuel savings in platooning. For example, the optimal aerodynamics package for independent operation may be different when drafting in a platoon.

h. Determine the effects that engine derating due to aftertreatment and emissions systems will have on platooned vehicles and determine what system integration is needed, such that all vehicles in the platoon would match speed and power if one of the units experiences an engine derate condition.

• Conduct research to determine what technology is needed to control the platooning engagement/disengagement process such that corporate polices are so enforced, if so desired. Current platooning models assume the driver will make the decision as to whether to platoon or not. However, some companies may wish to restrict this decision-making to a preferred list of carriers and operators.

• Conduct research on developing criteria for joining a platoon based on vehicle configuration, loads, weather conditions, routes, internal company cost, customer contracts, etc., because not all runs are profitable and not all platooning may result in economic savings even if fuel costs are reduced.

• Assess the effects that local, state and federal governments may have on regulating the distance between platooned vehicles, because size and weight regulations often are addressed at a state or local level.

Duke Drinkard is chairman of TMC’s Future Truck Committee and is a past TMC general chairman and treasurer. He has been a member of TMC and its predecessor organization since 1974 and received the council’s highest honor, the Silver Spark Plug. For more than 50 years, Duke Drinkard was a fleet maintenance manager/executive for Southeastern Freight Lines.