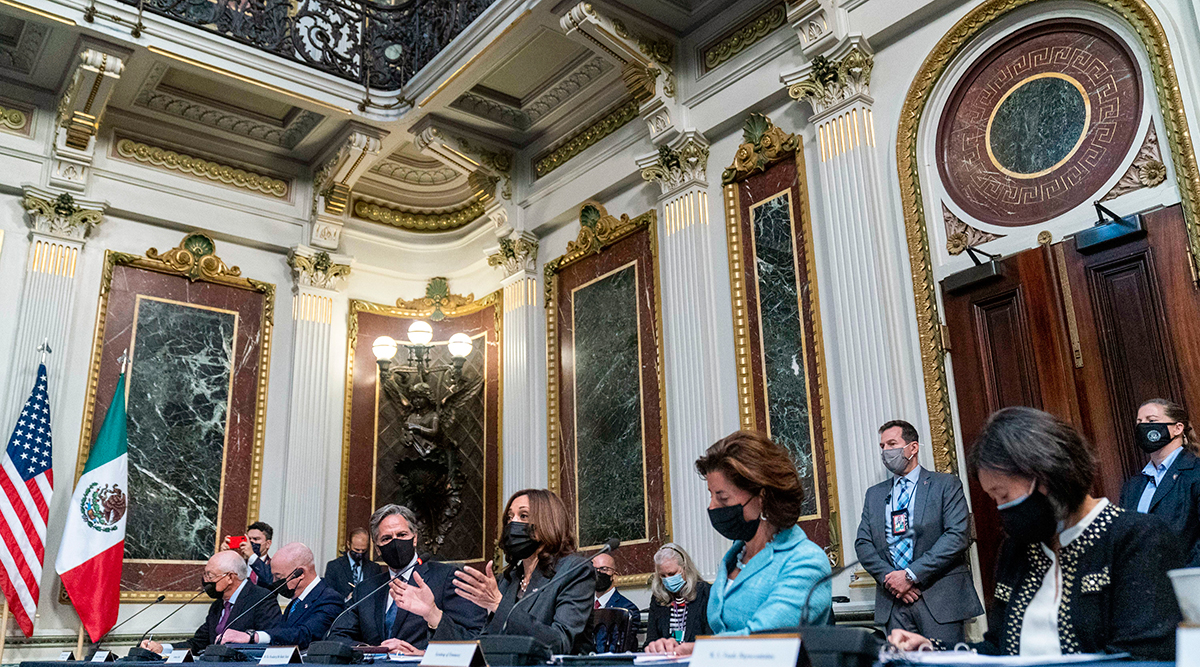 MEXICO CITY — Mexico’s economy secretary on Dec. 1 proposed yet another round of talks with the United States on a dispute over Mexico’s energy sector.

Mexico hopes to stave off a full-fledged trade complaint under the U.S.-Mexico-Canada trade agreement.

The U.S. initially requested talks in July, but they have so far not led to any solution. The United States could demand an arbitration panel, and the dispute could end in trade sanctions on Mexico.

The United States says Mexico is unfairly favoring its state-owned electricity and oil companies over American competitors and clean-energy suppliers. Canada has also joined in that complaint.

U.S. Trade Representative Katherine Tai appeared willing to keep talking, but her office said she “underscored the urgency of prompt and meaningful progress in our ongoing consultations” at a meeting Dec. 1 with Mexican Economy Secretary Raquel Buenrostro.

Buenrostro’s office said she “emphasized that Mexico wants to resolve the differences in talks, without the need of resorting to an arbitration panel, while guaranteeing national sovereignty.”

Buenrostro “proposed establishing trinational working groups that could meet during December and the start of January” in order to have a deal ready before an expected meeting of the leaders of Canada, Mexico and the United States Jan. 9-10. Trade disputes threaten to cloud that gathering.

The U.S. government objects to an electrical power overhaul that seeks to limit foreign-built renewable energy plants in Mexico and grant a majority market share to the state-owned power utility. The USMCA trade pact prohibits favoring domestic companies over those from other member states.

Mexico and the U.S. appear headed for another commercial dispute over a Mexican ban on imports of genetically modified yellow corn.

President Andrés Manuel López Obrador has said Mexico won’t back down on a ban on imports of GM corn for human consumption and would study whether to eventually ban it for animal feed as well.

The Mexican leader cited the need to protect human health and native strains of corn from genetic contamination. Mexico is where corn was first domesticated and is considered the plant’s center of origin.

Mexico has been importing GM feed corn for years, buying about $3 billion worth annually, and is the single biggest export market for U.S. corn.

Tai’s office said she “stressed the importance of avoiding any disruption in U.S. corn exports to Mexico, including for both feed and human consumption, and adherence to a science- and risk-based regulatory approval process for all agricultural biotechnology products in Mexico.”

Tai said the United States also wants more progress on Mexico’s “enforcement of its fisheries-related environmental laws.” That was an apparent reference to Mexican fishing practices that have endangered the vaquita marina, the world’s smallest porpoise, as well as posing threats to sea turtles, dolphins and other animals.