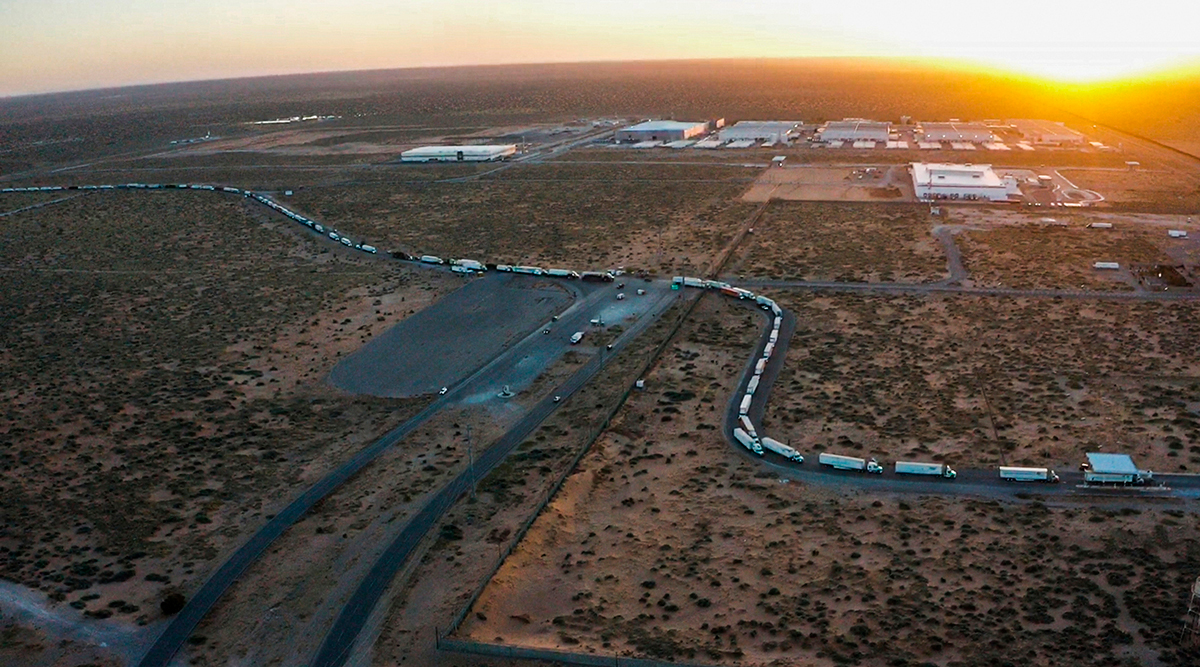 Mexican semi-truck exports to the U.S. have slumped 80% in a matter of days as a border blockade to protest Texas Gov. Greg Abbott’s stepped-up vehicle inspections drags on.

U.S.-bound cargoes are backed up for almost 9 miles at some border crossings, strangling shipments of the tractor units that power 18-wheelers, said Miguel Elizalde, head of the Association of Heavy Vehicle Producers. Mexico is the world’s top exporter of semi-trucks and the fourth-biggest source of cargo vehicles, according to the association’s data.

“This affects the industry as a whole,” Elizalde said. The group is calling on officials on “both sides of the border to find a quick solution and to have commercial flows re-established to normal as soon as possible across the entire border and for all states that share a border with Texas.”

Mexican truckers began blockading a key border bridge on April 11 after Abbott ordered state troopers to begin checking northbound vehicles for safety defects, a move that caused massive delays. Since state troopers began the checks last week, about 25% of inspected vehicles have been deemed unsafe and removed from service, according to the governor.

Truckers ended their blockade at the Pharr-Reynosa International Bridge and are switching to other crossing sites and commercial traffic has resumed over the bridge, a U.S. Customs and Border Protection spokesman said on April 14. The blockade was called off after an organized criminal gang set fire to some of the trucks and then engaged in a gun battle with responding police officers, local media reported. Trucking groups have since shifted their attention to other crossing points, where overflow traffic from the initial protest already had created miles-long queues of vegetable, fruit, electronics and auto-parts cargoes, the reports said. 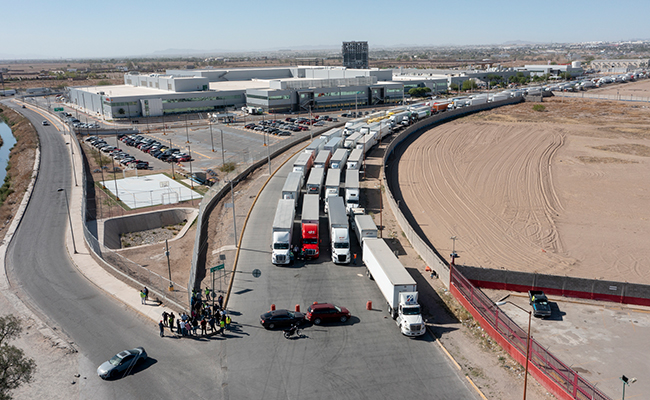 Long lines of trucks form at the Zaragoza International Bridge, one of two ports of entry in Ciudad Juarez going into the U.S. on April 12. (Omar Ornelas /The El Paso Times via Associated Press)

With pressure mounting from business interests and fellow Republicans to find a solution, Abbott on April 13 struck a deal with the governor of Nuevo Leon state to halt inspections in exchange for heightened enforcement on the Mexico side of the line.

However, the deal only involves a small section of the national boundary, and Abbott said he would seek similar agreements with other Mexican state governors in coming days.

Abbott’s border crackdown has drawn the ire of President Joe Biden’s administration, which has blasted the governor’s border security agenda as an overreach of state power.

The Nuevo Leon agreement “does not dent the significant economic impact that his inspections have caused by creating delays of up to 16 hours along a border that stretches 1,245 miles and has 28 international bridges and border crossings into the United States,” a White House spokesperson said.

Abbott “is choosing to continue with this political stunt rather than focus on alleviating the economic impact on Texas families, and his actions are contributing to rising prices,” the spokesperson added.