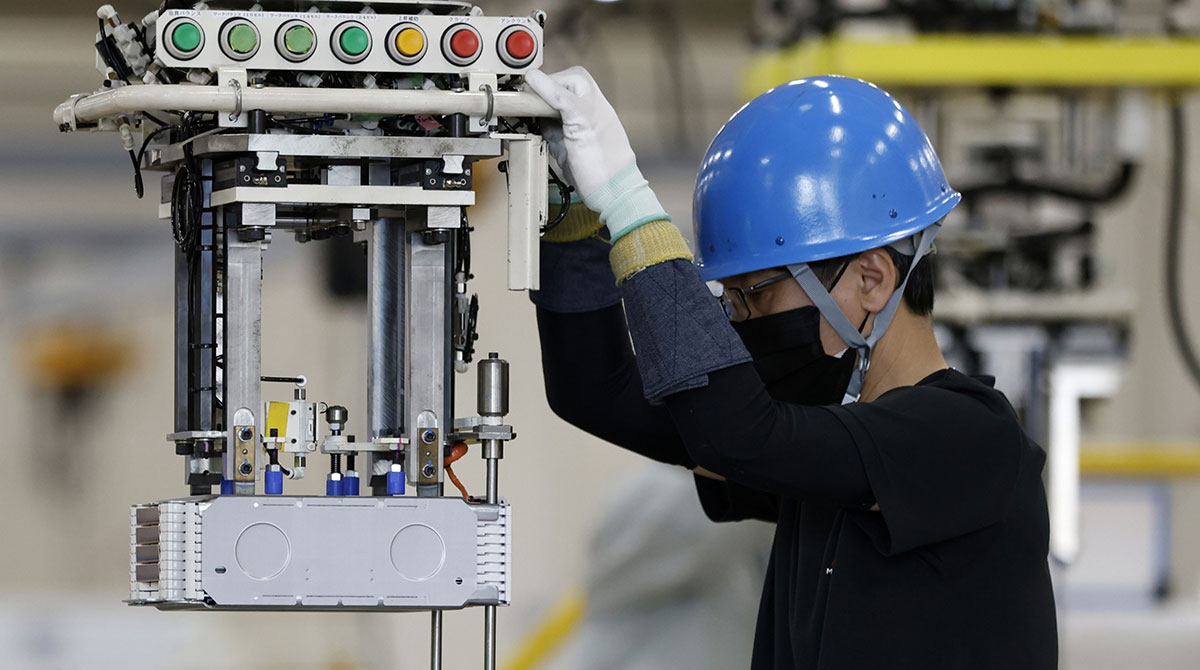 A worker moves a stack of lithium-ion batteries installing onto a battery pack at a Mitsubishi Motors Corp. plant in Japan. (Kiyoshi Ota/Bloomberg News)

A surge in battery metal prices means it could take several years longer for electric vehicles to become as affordable as conventional cars, according to BloombergNEF.

Prices of lithium, cobalt and nickel have soared in the past year, eating into EV makers’ margins at a crucial point in the development of the burgeoning industry. With demand climbing, they now face a dilemma: Swallow the incremental costs, or try passing them on to consumers.

Before the rally, battery prices were nearing levels that would make upfront costs of EVs competitive with traditional cars without state subsidies, BNEF said in a report June 1. But that’s now starting to change. Battery pack prices are set to rise this year for the first time in more than a decade, and broader inflation could severely delay a crucial tipping point where average battery prices fall below $100 a kilowatt-hour.

“Reducing battery pack prices to $100 a kilowatt-hour is now an achievable goal with the emerging generation of battery chemistries and cell designs,” BNEF analysts said in the report. “However, if raw-material prices remain elevated, or climb further, this point could be delayed by several years.”

One measure of lithium prices has spiked more than fivefold over the past year, while cobalt and nickel prices also have climbed.

There are some signs of relief for carmakers, however, with lithium, cobalt and nickel prices retreating or steadying in recent weeks. And while long-term prospects remain strong, Goldman Sachs Group Inc. expects the price of those three crucial metals to ease in the next two years as producers race to bring on new supply.

At the same time, sticker prices for conventional cars are rising, as well, and high fuel prices are making EVs more attractive.

“The rising cost of batteries does not derail near-term EV adoption,” BNEF analysts said. “Some of the factors that are driving high battery raw-material costs — war, inflation, trade friction — are also pushing the price of gasoline and diesel to record highs.”