Mercedes Beats Tesla to Hands-Free Driving on the Autobahn 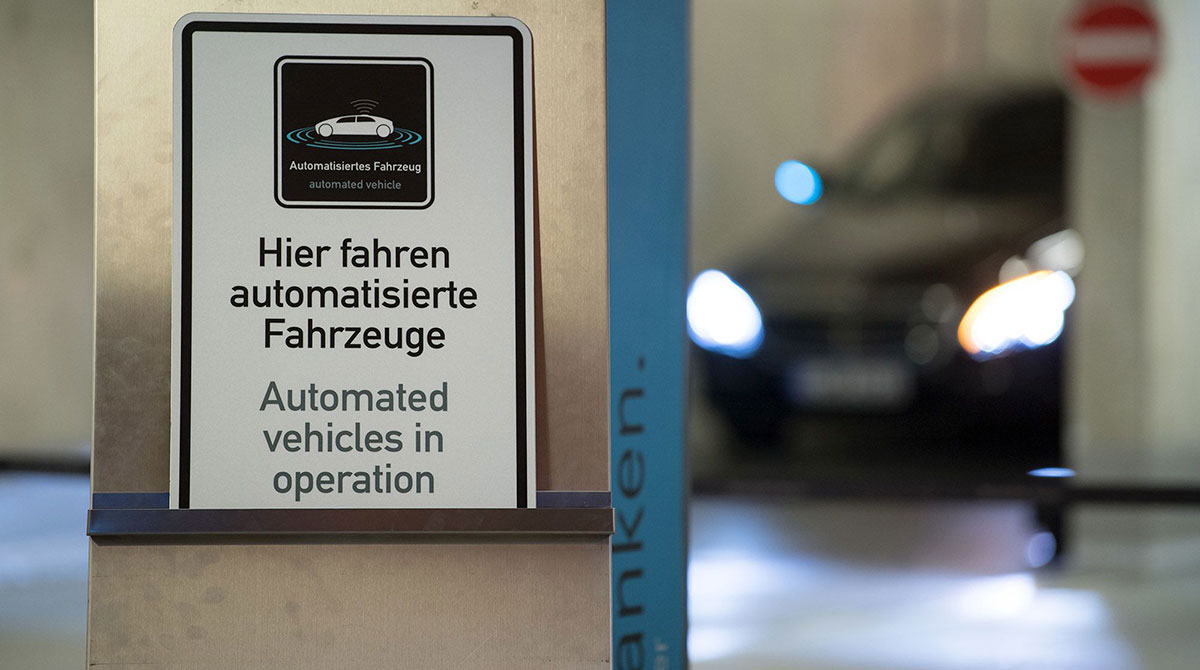 A Mercedes-Benz E200 drives on its own through a parking house equipped with Bosch sensors during a presentation in Stuttgart, Germany. (Getty Images)

Daimler AG’s Mercedes-Benz won regulatory approval to deploy a hands-free driving system in Germany ahead of Tesla Inc., gaining an edge in the race to offer higher levels of automation in one of the world’s most competitive car markets.

The automaker got the green light to sell its Drive Pilot package for use on stretches of the country’s Autobahn network at a speed of up to 37 miles per hour, Mercedes said Dec. 9.

The system was approved for Level 3 autonomous driving, a notch higher than Tesla’s Level 2 Autopilot system, and will allow drivers to take their hands off the wheel in slow-moving traffic.

“Drive Pilot enables the driver to turn away from the traffic and focus on certain secondary activities,” the luxury carmaker said in a statement. “For example, to communicate with colleagues via the in-car office, to write emails, to surf the internet or to relax and watch a film.”

Tesla, Alphabet Inc.’s Waymo and others have been chasing self-driving technology for years. A fully autonomous vehicle would be highly attractive to premium customers, allowing drivers to work or use entertainment systems while on journeys.

Mercedes got permission for the system only in Germany, but said it’s aiming for regulatory approval in other jurisdictions as well. Drive Pilot will be an option for the S-Class and EQS models from around the middle of next year. The automaker hasn’t decided how much it will charge for the system, which has approval to be used on around 13,000 kilometers of Germany’s highway network.

Tesla has run into trouble in Europe’s biggest car market with its driver-assistance technology after a German court rebuffed the company’s promotion of Autopilot last year, saying the carmaker has misled consumers about what the system can do.

CEO Elon Musk has long offered optimistic views on the capabilities of his cars, even going so far as to start charging customers thousands of dollars for a “Full Self Driving” feature in 2016. Years later, Tesla still requires users of its Autopilot system to be fully attentive and ready to take over driving at any time.

Mercedes isn’t the first automaker to market Level 3 technology in a production car. Honda Motor Co. in 2020 received approval from Japanese regulators for such a system in its Legend model, although only deployed it in a limited production run.