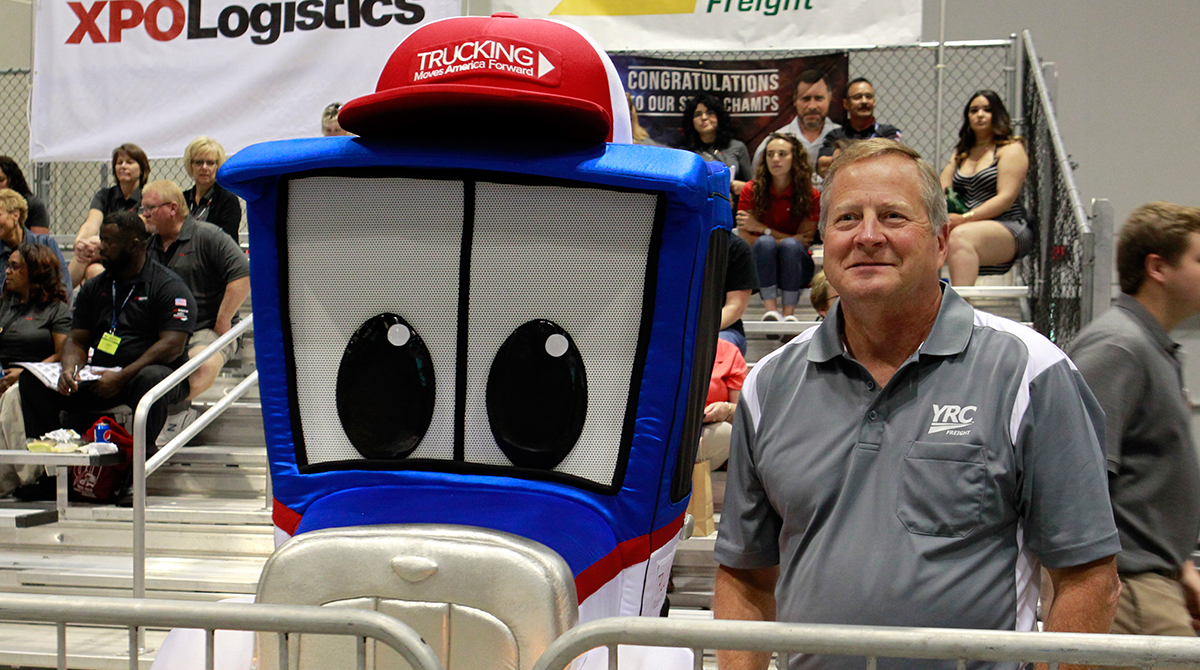 “Our mascot brings to life the great aspects of trucking, offering the more human aspect of the trucking industry,” said Kevin Burch, ATA chairman and president of Jet Express Inc. in Dayton, Ohio. He also is co-chairman of Trucking Moves America Forward. “Safety Sammy represents the safety we strive for each and every day on the road. We’re looking forward to taking Sammy coast to coast, to tell the vital trucking story.”

As part of a contest to determine the mascot’s name, a majority of more than 2,000 people voted for the Safety Sammy moniker. The other options included “Axle,” “Bob Tail,” “Seymour S. Miles,” and “Wheels.” 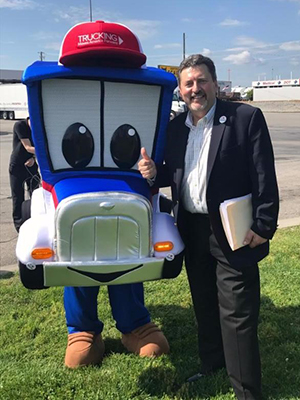 Before he was known as “Safety Sammy,” the lovable blue truck made its debut in May at the Pilot Travel Center in Knoxville, Tenn. Earlier this month, the mascot greeted dozens of children and families at the 80th annual National Truck Driving Championships, an ATA-sponsored event.

Safety Sammy is scheduled to make appearances at major trucking conferences as part of Trucking Moves America Forward. The safety campaign was set up to educate the public about the industry’s contribution to the economy and community development.