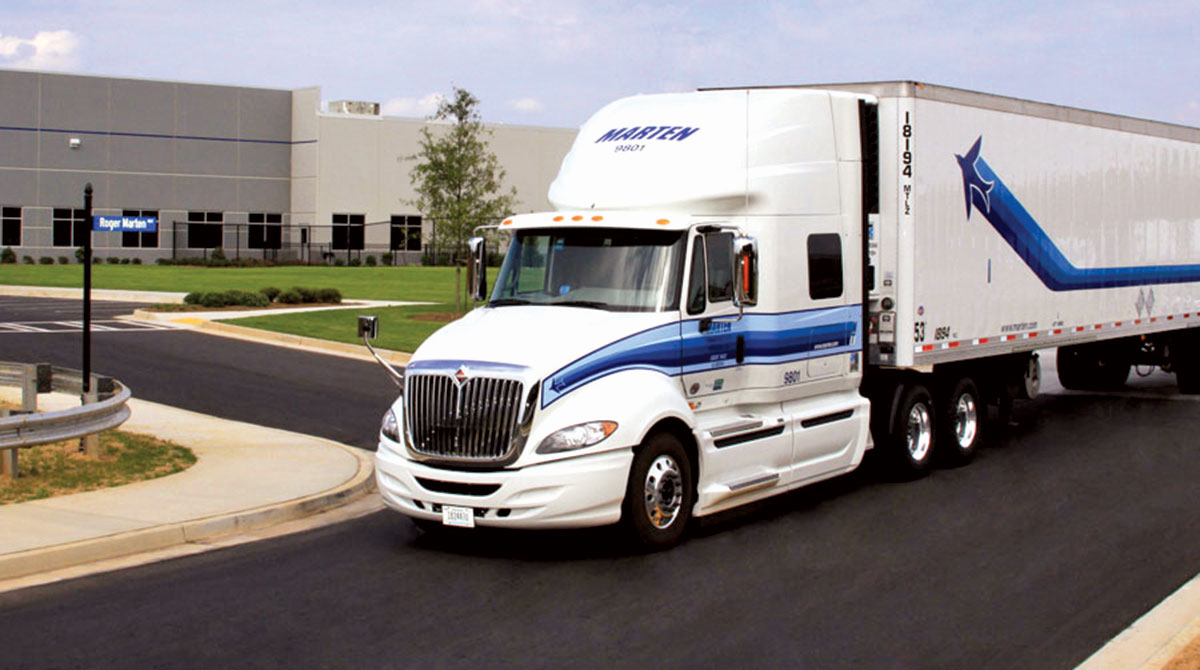 The Mondovi, Wis.-based supplier of time- and temperature-sensitive transportation services posted net income of $25.6 million, or 32 cents per diluted share, for the third quarter. That compared with $21.3 million, 26 cents, during the same time the previous year.

“The smart, hard work of our talented people executing our unique business model has produced improvements of 29.1% in top-line and 20.6% in bottom-line results over the third quarter of 2021,” Marten Transport Executive Chairman Randolph Marten said. “These results overcame significantly less gain on disposition of our revenue equipment, the negative effect of Hurricane Ian on our sizable Southeast truckload and dedicated operations, and a decrease in our intermodal volumes and margins resulting from weakness in rail service aggravated by the threat of a rail labor strike in mid-September.”

The results just missed expectations by investment analysts on Wall Street, who had been looking for 34 cents per share and revenue of $326.35 million, according to Zacks Consensus Estimate.

“We continue to drive strong fleet growth with our approach to overcoming the national shortage of qualified drivers of applying a heightened emphasis on structurally improving our drivers’ jobs and work-life balance by collaborating with our customers, while also increasing our driver compensation,” Marten said. “This growth provides momentum to the coming quarters as we began this year’s fourth quarter with 199 more of the industry’s top drivers than we employed at the beginning of the third quarter.”

The truckload segment reported that revenue for the third quarter increased 29.9% to $129.4 million from $99.6 million during the same time last year. The average revenue including net fuel surcharges per tractor per week increased to $4,889 from $4,411. Operating income increased 22.7% to $14.3 million from $11.7 million the prior year.

Marten Transport ranks No. 46 on the Transport Topics Top 100 list of the largest for-hire carriers in North America.