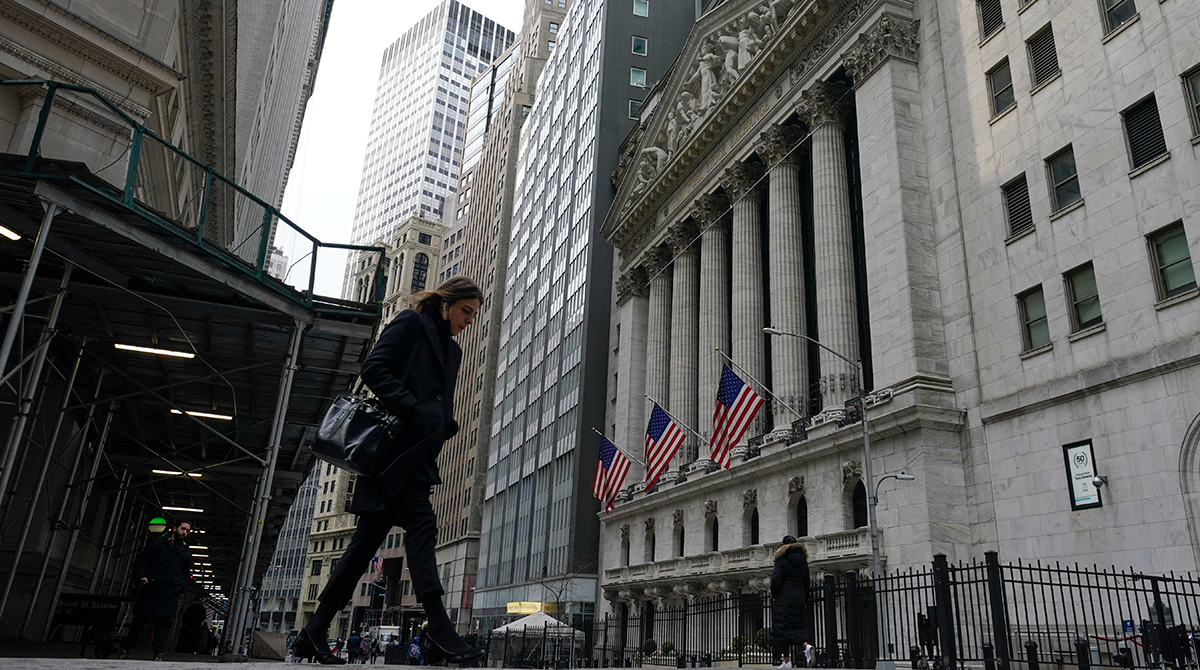 NEW YORK — Wall Street pointed toward a higher open on March 22, one day after Chairman Jerome Powell said the Federal Reserve was prepared to raise its benchmark short-term interest rate by a half-point multiple times, if necessary, to battle inflation.

Futures for the Dow Jones Industrials rose 0.4% and the S&P 500 rose 0.2%. Shares in Europe and Asia also ticked higher, while oil prices slipped.

Powell’s remarks March 21 at the National Association of Business Economists came less than a week after the U.S. central bank announced a quarter-point rate hike, its first interest rate increase since 2018. Stocks rallied after the announcement for the best weekly performance in more than a year.

The Fed is expected to raise rates several more times this year, but it hasn’t raised its benchmark rate by a half-point in one swoop since May 2000.

The Russian war on Ukraine and Western sanctions on Russia are adding to worries over disruptions to energy supplies for Europe and surging prices that might hinder progress toward economic recoveries from the pandemic.

“With no progress on peace talks, reports are circulating that the EU is setting the table for a Russian oil embargo. Higher energy prices will hugely harm the EU economy,” said Stephen Innes, managing partner at SPI Asset Management.

In currency trading, the U.S. dollar surged to a six-year high against the Japanese yen, surpassing the 120 yen level to 120.78 yen by late afternoon, up from 119.47 yen.

A growing gap between interest rates in the U.S. and in Japan, where the central bank’s key interest rate is minus 0.1%, is pushing the dollar higher against the yen. That’s a boon for export manufacturers but raises costs for Japanese imports of key necessities including oil and gas.

Before Russia’s invasion of Ukraine added a new wave of global economic uncertainty to the mix, some Fed officials had said the central bank would do better to begin raising rates by a half-point in March.

Given rising risks of a recession, Clifford Bennett, chief economist at ACY Securities, said he believes the Fed should act cautiously.

“Europe will likely enter recession and with the world experiencing ongoing high energy and food prices, the poor will be disproportionately impacted. And raising interest rates will have zero impact on this war-driven inflation wave,” he said.

Oil prices are up more than 45% this year and prices for wheat and corn have also surged.

In premarket trading, shares of Nike jumped more than 5% after the shoe and athletic apparel company on March 21 reported fiscal third-quarter profit of $1.4 billion, or 87 cents per share, topping analysts’ projections.

Shares in Boeing were flat before markets opened March 22, following a 3.6% slide on March 21 after a 737-800 aircraft operated by China Eastern Airlines crashed in China with 132 people on board. Reports March 22 said there were no survivors. China Eastern’s shares sank 6.3% on March 22.