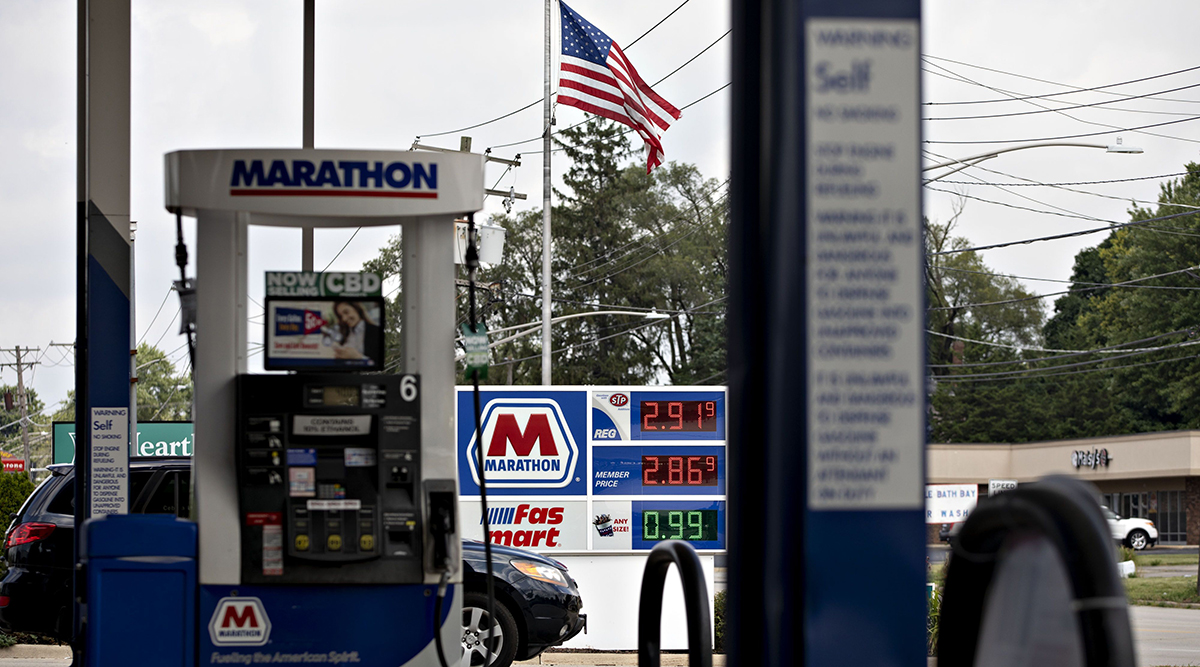 Marathon Petroleum Corp. buckled under pressure from shareholders and announced the spinoff of its retail fuel-station business and the departure of its chairman and chief executive officer, just five weeks after activist investor Elliott Management Corp. went public with demands for a radical overhaul of the company.

Marathon confirmed the plan Oct. 31, along with a review of its pipeline business. Gary Heminger, a four-decade company veteran, will retire next year and is stepping down from pipeline affiliate MPLX LP this week. Executive Vice Chairman Gregory Goff, who has been discussed as a possible successor to Heminger, is also retiring.

The sweeping changes give the dissident shareholders much of what they were looking for. Elliott had called on Findlay, Ohio-based Marathon, the second-largest U.S. oil refiner, to improve its performance by breaking itself up into three separate companies: retail — which largely operates under the Speedway brand — refining and pipelines. Other investors had agitated for Heminger’s ouster.

The CEO’s retirement, first reported by Bloomberg, will come after next year’s shareholders meeting. Marathon said it will search both in and outside of the company for potential successors. The shareholders meeting will also see Marathon put to a vote the de-staggering of board members so that all directors stand for reelection annually instead of just a few at a time, as the case is now, according to people familiar with the matter. 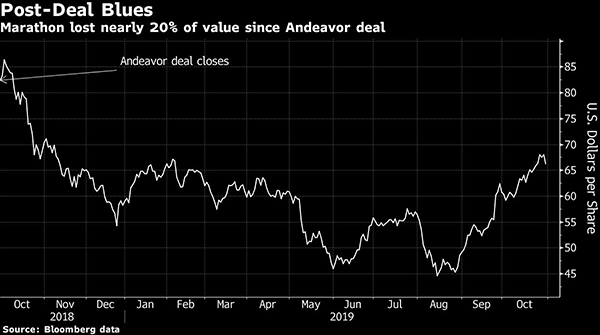 In contrast to Heminger’s exit, Goff’s departure has come as a surprise. The activists had viewed him as a well-respected executive who could have taken on the top job. Goff had joined Marathon after its purchase of rival refiner Andeavor last year.

However, by the time the CEO search process concludes, Goff will have little more than a year left before hitting Marathon’s mandatory retirement age of 65, and that’s one reason why he chose to leave, according to the people, who asked not be identified because the information hasn’t been made public. Heminger was exempted from the age limit last year.

There are no standstill agreements in place with any of the activists, meaning that they’re free to agitate for further changes if they don’t like the direction the company is going in, the people said. A Marathon representative didn’t immediately respond to a request for comment.

“The actions announced today will unlock substantial value for shareholders,” Elliott said in a statement. “We commend Gary and the board for taking action to allow these businesses to realize their full potential.”

Heminger took charge of the fuel maker when it was spun off from Marathon Oil Corp. in 2011. While he has previously assuaged investors including Jana Partners and overseen a fivefold rise in dividend payouts, the company faltered more recently as it sought to expand through acquisitions, including the purchase of Andeavor.

Marathon fell 3.4% to $63.96 in early afternoon trading in New York on Oct. 31 amid a broad sell-off in energy stocks. It has lost roughly 20% of its value after closing the $22 billion deal for Andeavor.

As part of the planned separation, Speedway will raise new debt and pay a dividend to Marathon, Heminger told analysts and investors on a conference call. The unit has a potential enterprise value of $15 billion to $18 billion, according to Marathon, which plans to retain its direct-dealer business. Meanwhile, Michael J. Hennigan will take over as CEO of MPLX effective Nov. 1.

As of last week, Marathon was in active discussions with possible buyers for its 68,000-barrel-per-day Kenai oil refinery near Anchorage and its 58,500-barrel Salt Lake City plant, people familiar with the situation said at the time. Kenai was among “several logical non-core” assets flagged for sale by Elliott in a presentation published last month.

The separation of Speedway won’t require a shareholder vote, but will be subject to final approval by the board and other customary conditions. Marathon said it will initiate a nationwide search for a Speedway CEO from both internal and external sources.

Catherine Ngai contributed to this report.

US Poised to Release Oil From Reserve With Other Nations