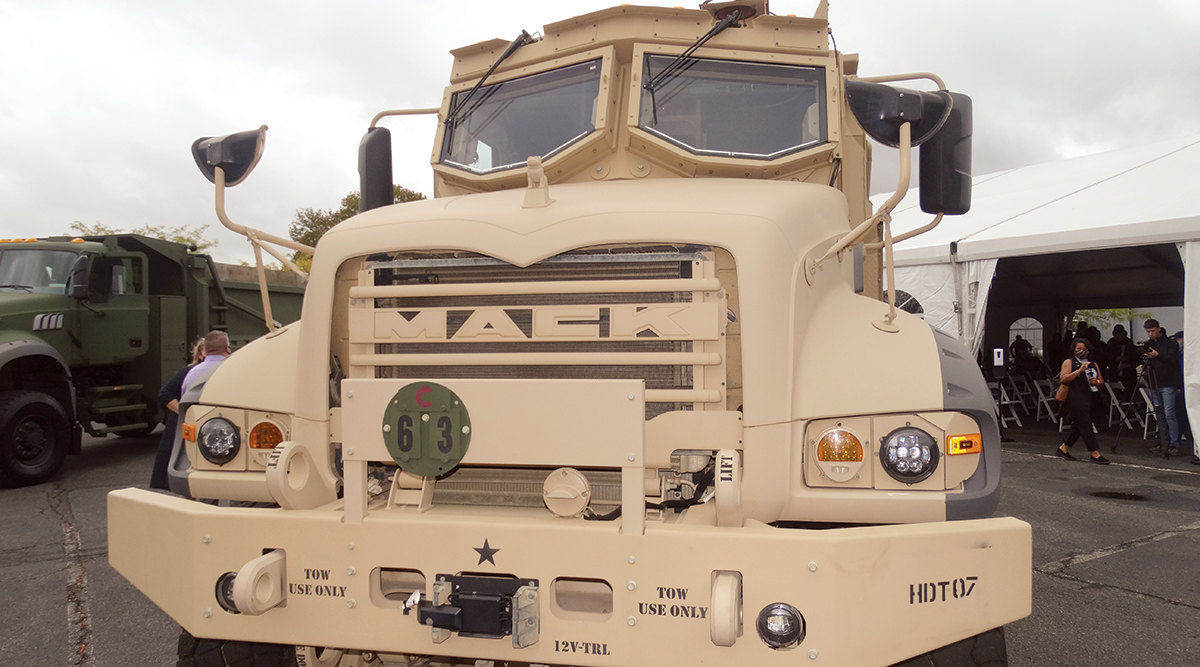 The M917A3 shows how truck and components manufacturers can offer an extremely wide range of many types of components that easily adapt to combat operations. (John Baxter for Transport Topics)

Mack Trucks Inc. is manufacturing a four-axle, heavy-duty dump truck for the U.S. Army designated the M917A3. It has a GVW of 94,500 pounds with a maximum payload of 54,000 pounds, and is offered with either a standard cab with a special, poison gas-resistant coating or a heavily armored cab.

Having driven and worked on military tractors during Vietnam, I was eager to attend the Mack Defense press event introducing the truck in September 2021. Its work with the U.S. Army to design and test a combat-ready heavy dump truck has yielded a truly formidable vehicle.

The product of its labor is all the more amazing because 75%-80% of its content consists of off-the-shelf components. The vehicle shows how truck and components manufacturers can offer an extremely wide range of many types of components that easily adapt to combat operations — a very different world from commercial trucking. 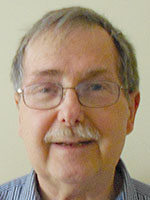 According to Brig. Gen. Mark Merlino of the Army National Guard, the truck is designed “to help fight and win our nation’s wars, for use in building roads for supply, and to help build nations.” It also will be used domestically by the National Guard.

Of particular interest to soldiers is the heavily armored cab available on the M917A3, an option that came about as a result of former Defense Secretary Robert Gates’ orders to create better protection for soldiers against roadside bombs in Iraq and Afghanistan, according to Gates’ book, “Duty.”

The armored cab weighs 8,000 pounds versus 2,000 pounds normally, reducing the payload for the armored version to 45,000 pounds. Following standard military practice, the payload is further reduced for off-road duty. As a soldier who served in Vietnam in the 1960s, when we would merely put sandbags on the floors of our tractors, an armored cab sounds like a great morale booster! 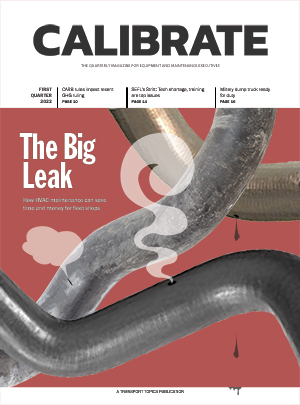 Maj. Stephanie Williams, assistant product manager for the heavy-duty dump truck, referred to the armored cab and other features in explaining how the vehicle meets military capabilities and handles “the need for force protection.” In this connection, the vehicle also has a 6S/6M (6 Sensor/6 Modulator) Meritor ABS system and front disc brakes.

Andrew DiMarco, acting program executive officer, combat support and combat service support, says the truck was tested extensively for two years, and six test trucks with the armored cab were “blasted at Aberdeen,” referring to the Army’s Aberdeen Proving Ground. The facility, located in Maryland, is used to test weapons and equipment.

The truck is powered by a Mack MP8 440, 13-liter engine with 440 horsepower and 1,660 pound-feet of torque. It’s a simple engine without emissions aftertreatment. Heavy pulling power was essential as it was also subjected to what was described as “rigorous drawbar pull testing” at Aberdeen. Drawbar pull is much needed when mired in sand, as these trucks are heavily loaded especially when moving uphill.

Just what kind of pull are we talking about?

Here are some numbers: The transmission is a military version of the Allison 4500 Gen 5 6-speed, which has a 4.70:1 first gear. But it also has a torque converter that multiplies input torque at stall up to 2.42 times, giving an effective first gear of 11.374. Stall speed is the rpm reached by the engine at full throttle because of torque converter function before the truck starts moving. It’s interesting to note that a torque converter allows more revs when the driver moves the truck off from a full stop than the standard 800 rpm used for the measurement of clutch engagement torque.

The transmission drives the Meritor MTC-3220 FV transfer case, which includes direct drive for on-road use, but also a 2.23:1 reduction, if needed. The Meritor Permalube RPL driveshafts that proceed from the front of transfer case to the front axle, and from its rear to the three rear axles, then must split some 38,000 pound-feet of torque when the truck is at stall and the transfer case is in low range. This torque then is multiplied 6.14 times by the four drive axles, a Meritor MX-810 on the front and the three Meritor P600/ProTec Series 50 76,800-pound rear axles. The end result is some 29,200 pound-feet of torque at each of the eight wheels. That will obviously move mountains of dirt, rocks or road building materials!

Mack Defense was gracious enough to give us a tour of the production line at the Mack Experience Center located in Allentown, Pa., which was highly impressive by the ruggedness of the only slightly modified standard Granite frame. The frame, dimensions — 300mm x 90mm x 11.1mm with steel reinforcement — needed to be modified only in order to attach lifting hooks front and rear so the truck could be loaded onto a ship. For a frame designed for a civilian vehicle to stand up to military testing is quite a compliment. 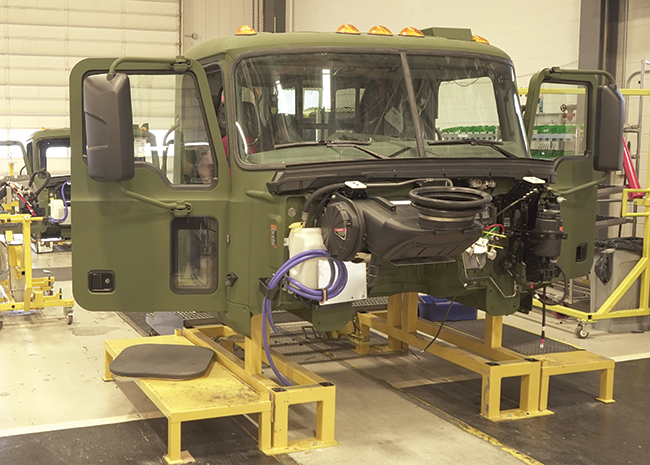 Another improvement was driver-controlled all-wheel drive. Vietnam-era trucks made all-wheel drive automatic by driving the front axle via an 8% gear reduction and a one-way clutch. This meant the rear tandems were already starting to slip when the front axle engaged, and the result seemed to be uncertain traction on sandy surfaces, hardly useful in desert warfare. Another is use of a capable, military version of an automatic transmission. Drivers in Vietnam rarely started heavily loaded vehicles in the right gear. 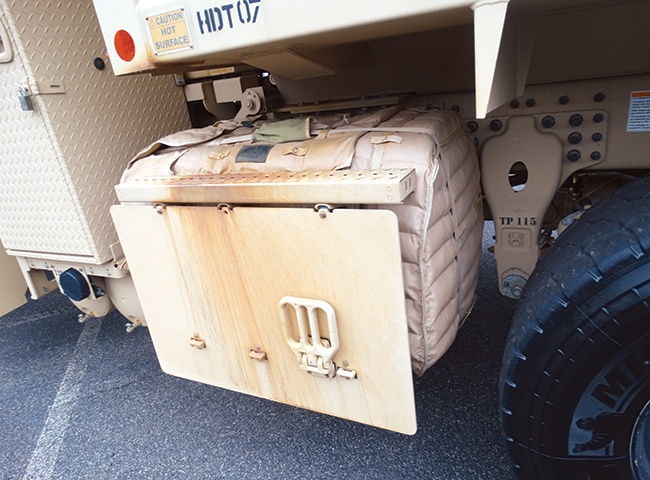 The M917A3 looks like a vehicle the design of which shows that the military has learned much about how to build a truly combat-suitable vehicle, and has found an ideal group of suppliers to produce it.

Watch the Replay: RETOOL, a Technology and Maintenance Event