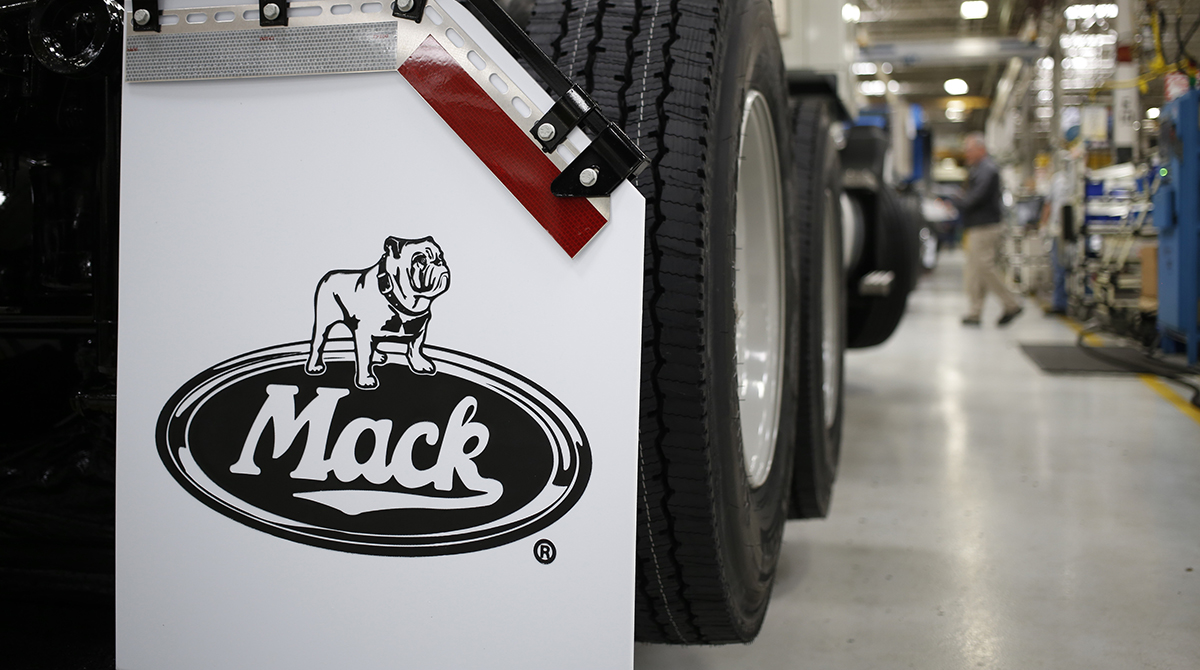 Mack is back, upshifting into hiring mode for its massive Lower Macungie Township, Pa., assembly plant that already employs about 2,000 people.

The heavy-duty truck maker is now in the process of adding 400 more employees.

Mack Trucks spokesman Christopher Heffner on Dec. 12 said the company in mid-October began hiring for the available jobs — positions that will start at the plant Jan. 2. So far, Heffner said, Mack has made offers to 345 people, which leaves about 55 positions still open.

Mack unveiled its new highway truck, Anthem, in September, a vehicle that represents an opportunity for the company to grow in the long-haul segment, which represents about 50% of the total heavy-duty truck market. Full production of the Anthem, which will be assembled in Lower Macungie, will begin in the first quarter, expected to complement Mack’s No. 1 position in construction and strong stance in refuse.

Business has been strong for Mack throughout 2017. Through September, the company is riding a 53 percent jump in orders — a barometer of future deliveries — as the North American construction segment remains strong and the long-haul and regional haul markets are on the upswing. Next year is looking even better.

In October, when Mack’s parent company, Sweden’s Volvo Group, reported its third-quarter results, Heffner said the company was adjusting production and planned to hire additional workers, though the scale of the hiring event was unknown at that time. The mystery ended Tuesday, with Heffner’s disclosure that Mack was adding 400 more workers to start early next month.

The hiring is even more significant when you think about where Mack was not too long ago. In January, the Lower Macungie plant had 1,480 employees, as Mack came off a down year in 2016 in which it scheduled several weeklong production shutdowns and logged its worst year of truck deliveries since 2010.

It’s all part of being in the cyclical heavy-duty truck market, where what goes up must eventually come down. So fluctuations in Mack’s workforce are not uncommon, because the company monitors the market and adjusts its employment needs accordingly.

But, in the current cycle, Mack is on its way up, especially locally.

Mack also has upgraded its facilities in the Lehigh Valley, completing a $3 million renovation at its Allentown customer center and carrying out an ongoing $84 million investment in its Lower Macungie plant to make the facility more modern, integrated and efficient.

As for those interested in applying to Mack, Heffner said candidates can visit www.manpower.com, search “Mack” in the “Job Type, Industry or Skill” dialog box and then click “Find Jobs.” The open positions — production technicians and material handlers — are full-time roles that pay an hourly wage of $18.24 to $19.12, according to the job listings.