Lufthansa Warms to Airbus Freighter as It Plans Cargo-Fleet Expansion 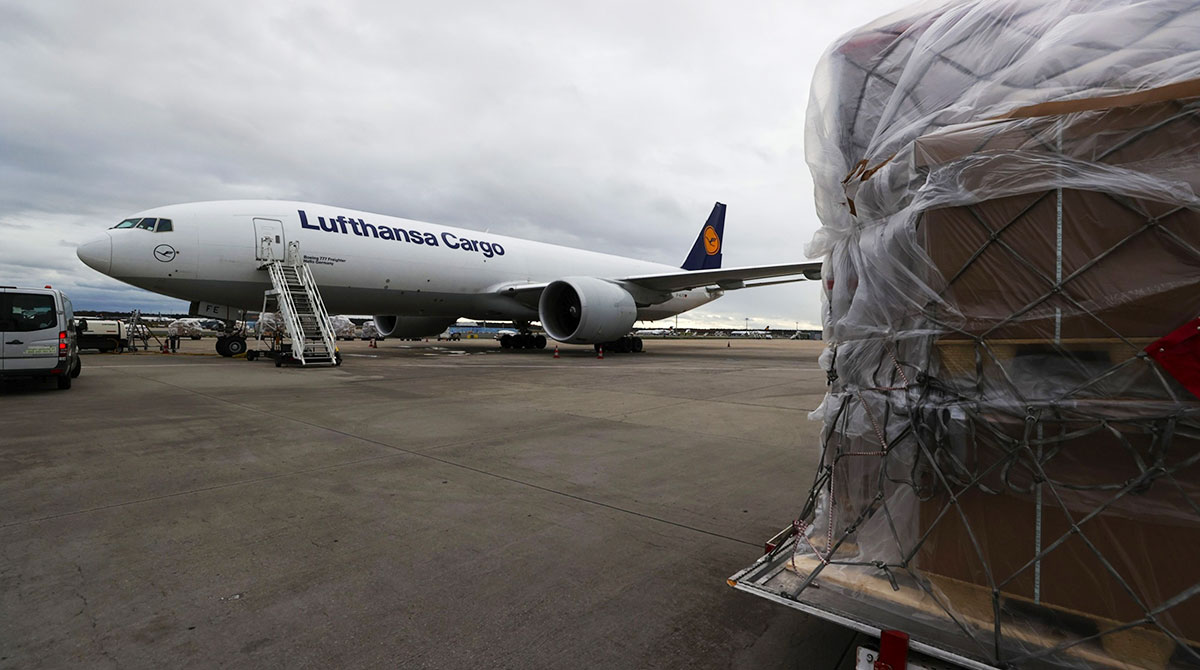 A Lufthansa Cargo AG aircraft on the tarmac at Frankfurt Airport in Frankfurt. (Alex Kraus/Bloomberg)

“The group sees how strong we are and how profitable this market is at the moment,” she said, adding that Lufthansa will hold talks with Airbus on the A350F freighter “to see what operational benefits it would bring and how cost effective the whole package would be.”

Air-cargo demand has reached record levels during the coronavirus pandemic, fueled by disruption to international shipping routes as supply lines fracture and containers stack up in the wrong place, together with a shift to more time-sensitive online shopping that’s expected to persist beyond the crisis.

Lufthansa Cargo has become the airline’s best-performing division, contributing almost 1 billion euros ($1.1 billion) in earnings in the first nine months of 2021 and helping to staunch a cash drain that threatened to tip Europe’s biggest airline group into bankruptcy.

Lufthansa is ranked No. 45 on the Transport Topics Top 50 global freight carriers list.

Von Boxberg’s comments suggest that Lufthansa, one of the world’s biggest cargo carriers, is warming to the A350F after previously indicating that the 777F could meet all of its longhaul needs. The company standardized around the Boeing plane, of which it currently has 11, after retiring the last of its MD-11 freighters during the pandemic.

The executive said it’s too early for Lufthansa to think about ordering a planned successor to the American model based on the coming 777X passenger jet. Boeing has said it’s studying a freighter version but has held back on a formal launch as it grapples with delays to the wider program.

Von Boxberg said that Lufthansa Cargo is keen to acquire more narrow-body freighters for a new short-haul operation launching early next year with two Airbus A321s converted from passenger use.

The operation will target same-day business-to-business flows for items including clothing and food on routes such as Moscow to Madrid, Istanbul to Berlin and into the U.K., where trucks are becoming increasingly unreliable amid driver shortages and border delays.

The executive said she expects the current air-cargo boom to extend into mid-2022 at least, with indicators such as record dwell times at ports suggesting there’ll be no immediate easing of disruption to maritime container traffic.

At the same time there’s likely to be a further wave of restocking in coming months as the world emerges from the pandemic, she said.

Boeing and Airbus said they don’t comment on any talks with customers.

Korean Air to Check Airbus A330 Fleet After Runway Overshoot