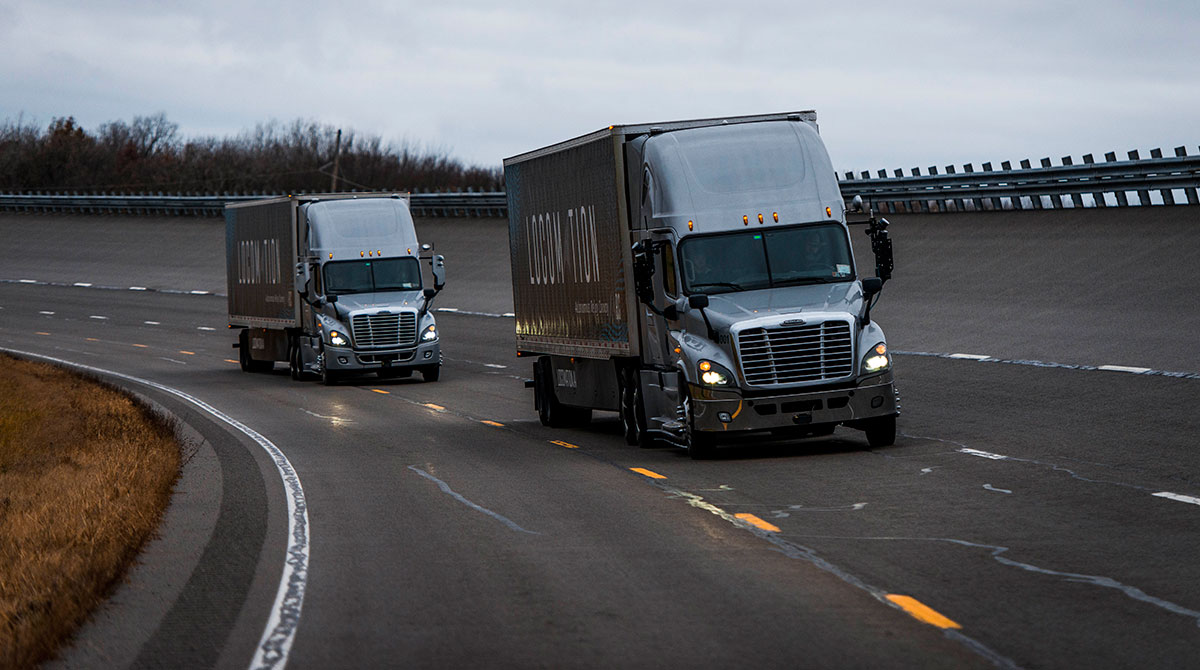 The companies have an eight-year agreement, but for now more testing with safety staff is on tap, including “a multitude of validations in simulations and on a closed test track, and, after passing through a series of safety gates, we will test our functionality on public roads,” Locomation CEO and co-founder Çetin Meriçli told Transport Topics.

“In the second half of 2022, we hope to start deploying the commercial version without the safety drivers,” Meriçli said. 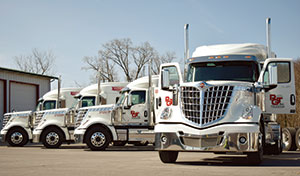 Ultimately, the agreement calls for PGT, which is celebrating 40 years in business, to deploy 1,000 of Locomation’s Level 4 Autonomous Relay Convoy systems on its trucks running along 30 freight routes.

PGT Trucking ranks No. 98 on the Transport Topics Top 100 list of the largest for-hire carriers in North America, and No. 12 on the TT list of the top flatbed/heavy specialized carriers.

It is headquartered in Aliquippa, Pa.

Locomation’s approach equips two trucks with Level 4 technology and tethers them with a radio communication protocol. A driver controls the lead autonomous truck in the convoy and acts as the “superior cognitive filter ahead of the follower truck’s autonomy system,” according to the Pittsburgh-based company founded in 2018.

The driver in the closely following autonomous truck rests off the clock as the truck follows the lead vehicle. Eventually, the trucks swap positions, and the drivers reverse their roles.

A test on the Ohio Turnpike. (Locomation)

“We will be able to collect validation data, safely and profitably so we can take the driver out and the truck drives itself sooner,” Meriçli said.

Dedicated short-range communications over the 5.9 GHz band is its current approach of communicating between the trucks, but the technology does not depend on DSRC, he said. “It just requires any kind of vehicle-to-vehicle communication radio protocol, and there are quite a few different technologies being contemplated for that.” 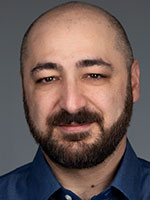 Meanwhile, construction zones, roadside accidents and unexpected behaviors on the road “are so variable in nature that it is going to take quite a bit of time to make sure that we have technology ready to understand all these different colors in the real world,” Meriçli said. “That’s why we are starting with the human-guided convoy approach.”

“This partnership allows us to stay abreast of progressive transportation advancements,” said Gregg Troian, president of PGT Trucking. “We expect this technology to significantly reduce costs and improve freight efficiency, as well as save energy and improve safety.” 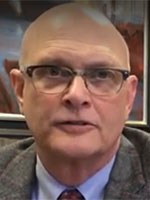 Meriçli noted that flatbed operations are unique. “The nature of the loads are different. So it’s great variety for us,” he said.

He added shippers and carriers have to start thinking about transforming how they plan, dispatch and scale optimization, and called autonomy “a force multiplier” toward that.

Richard Bishop, a consultant to several autonomous trucking technology companies — including Locomation, Plus, Outrider and Robotic Research — told TT he finds it interesting that smaller fleets, compared with the very large ones at Walmart Inc. or J.B. Hunt Transport Services, are “getting in the game.”

Locomation’s announcement showed “various forms of automated driving gaining traction in the trucking industry. The demo days are far behind us and now we’re seeing intense scrutiny of automated driving offerings by end-users,” Bishop said. “Customers are everything: The deal with PGT is substantial and it adds to Wilson Logistics’ arrangement to buy a large number of systems from Locomation.”

The U.S. Department of Transportation provided guidance in its publication “Preparing for the Future of Transportation: Automated Vehicles 3.0” that supports automated follower platooning, essentially stating that a “driver” can be an automated driving system or a human.

The Federal Motor Carrier Safety Administration now needs to proceed with establishing this principle in regulations, Bishop said. The industry has generally advocated for this approach.

He added: “While the solo driverless world must resolve regulatory aspects of inspection and placing safety triangles, the human-involved approach of platooning is good to go.”