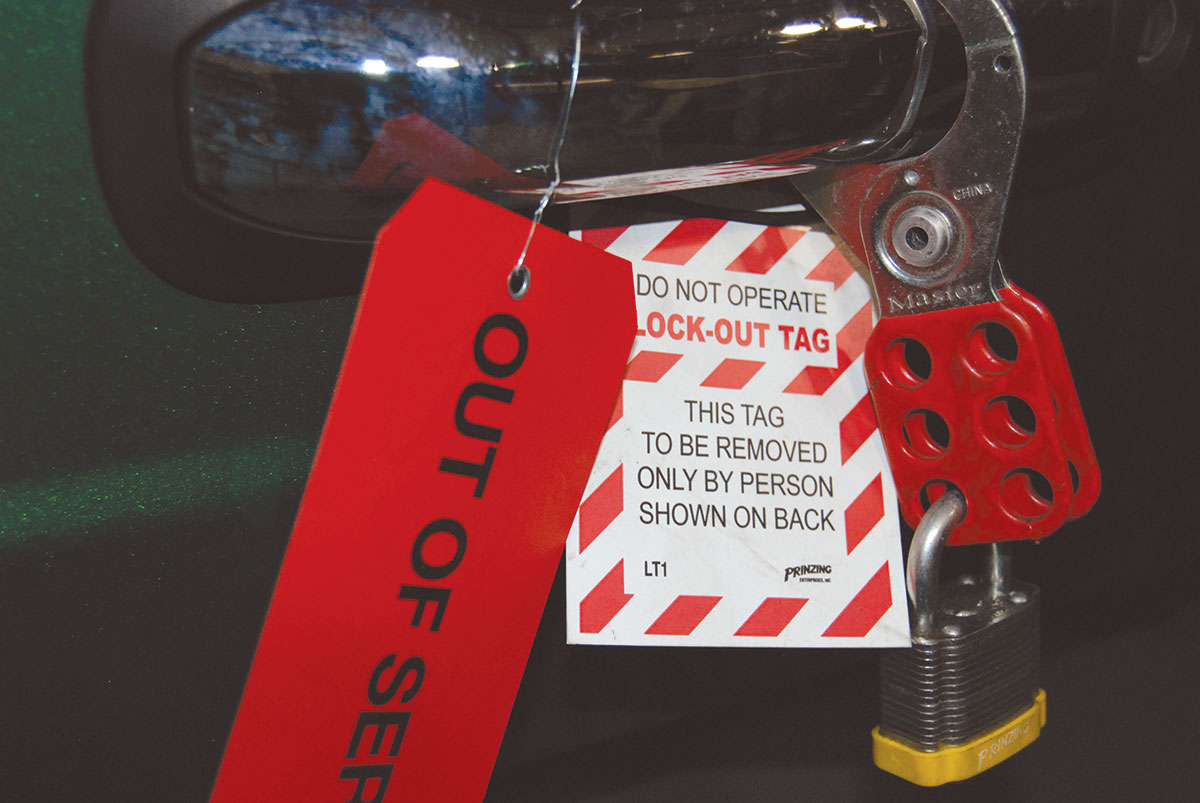 The work of servicing and maintaining a fleet of trucks presents a wide assortment of potential dangers to technicians, but the Occupational Safety and Health Administration’s “lockout-tagout” regulations provide guidance to reduce the risk of injury or death.

The regulations address the control of hazardous energy in general industry workplaces. At first glance, it may not be obvious that this set of regulations, known as OSHA standard 29 CFR 1910.147, would apply to maintenance chores on trucks.

However, to dispel all doubts, OSHA in 2008 published an official directive about the standard that included a section specifically focused on vehicle maintenance.

“Serious injuries and death have occurred and continue to occur from inadequate hazardous energy control during vehicle servicing and maintenance activities,” the directive says. 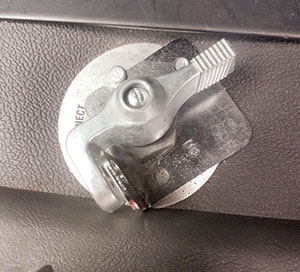 A lockout switch for the starting circuit. (Hartt Transportation)

Within the context of vehicle maintenance, “Hazardous energy refers to: mechanical motion; potential energy due to pressure, gravity, or springs; battery-­generated electrical energy; thermal energy, including chemical energy; and ­other forms of energy, which can cause injury to employees working in, on, or around machines or equipment,” the document explains.

OSHA’s standard for the control of hazardous energy is commonly known as “lockout-tagout” because the fundamental method of ensuring safety during maintenance is using locks and tags to disable equipment.

“Any equipment you are working on needs to be isolated from any energy source that might allow the machine to injure you,” said Jack Legler, technical director for the Technology & Maintenance Council of American Trucking Associations. “Making sure this happens is not so simple.”

The consequences can be severe if the proper steps are not followed. 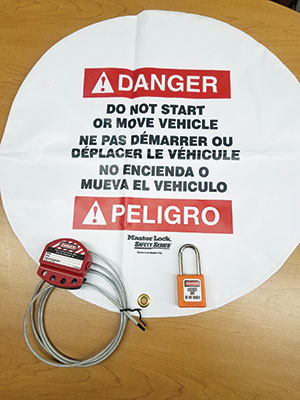 “Lockout-tagout procedures need to be followed because there is always that risk that someone could get into a truck and start to drive it when they shouldn’t,” said Chris Pape, director of Groendyke University, the training arm of Groendyke Transport, which is based in Enid, Okla.

“Maybe the truck isn’t safe to drive because the maintenance work had not been completed,” Pape said. “They could have an accident. Or maybe someone is working under the truck and could get injured.”

One of the standard procedures in lockout-tagout is to cut off the energy from the truck’s battery, but that addresses only part of the energy.

“It’s not just a matter of having a disconnect switch for the battery,” said Doug White, vice president of fleet maintenance at Dunbar Armored, headquartered in Hunt Valley, Md. “If someone goes underneath a truck with air brakes and unbolts a brake canister without relieving the pressure, the canister could fly across the shop floor and injure someone.”

According to OSHA, people have been “struck by and even run over by vehicles when the technician ‘shorted out’ the ignition circuit, causing the vehicle to unexpectedly move.”

A lack of attention to lockout-tagout procedures can result in people “being seriously injured or even killed,” Legler said. “Shops can also experience costly shutdowns due to accidents or enforcement actions.”

Fleets are using a variety of lockout-tagout methods to prevent injuries and achieve compliance with the standard. 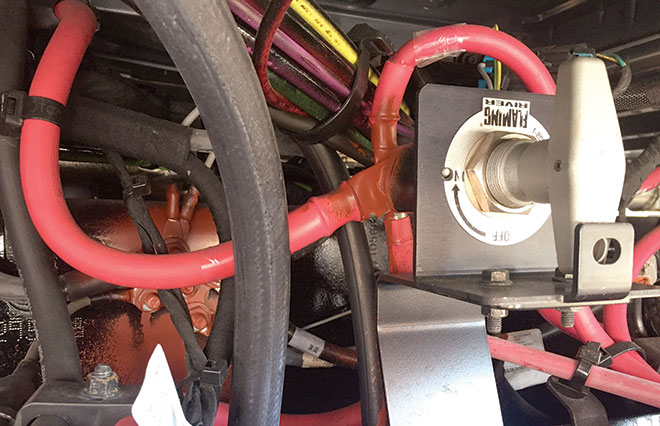 “We use a steering wheel cover that says ‘Danger — Do not start or move this vehicle’ in English, French and Spanish,” said Todd Cotier, director of maintenance at Bangor, Maine-based Hartt Transportation. “We have a cable that we run through the steering wheel and around the brake pedal. The cable is pulled tight and secured with a padlock. We also have lockout devices that go over the ends of the battery cables.”

Groendyke Transport uses blank keys with lockout tags that are put in the trucks. “These show to any other mechanic and to the people who could potentially walk up to it that the truck is being worked on and is locked out,” Pape said.

Simply securing a truck’s keys does not ensure the technician will be safe.

“A lot of large fleets have trucks that are all keyed the same,” said Joey Young, distribution fleet maintenance operations manager for Publix Super Markets. “All the trucks have identical keys, so putting a set of keys aside doesn’t mean the truck can’t be started by someone else,” he said. “There are lots of other keys out there. Other mechanics or other drivers may have them.” 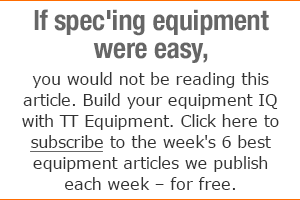 The dangers that arise for truck drivers are well known, but many people overlook the risk faced by others in the trucking industry, Pape said. “It’s easy to get wrapped up in the risk to the driver and forget that the people working in the shop and the wash-rack areas run a risk of getting hurt, and that’s why we have lockout-tagout.”

As of January, a new recommended practice on lockout-­tagout was in the works from TMC.

The RP “doesn’t specifically describe how to handle every situation and how to lock out every piece of equipment because that would be impossible,” said Young, who is a member of the TMC committee that has worked on the lockout-­tagout RP. Instead, the RP outlines how a fleet can set up a lockout-tagout program, how to do the training and what kind of training is needed, Young said.

One aspect of training is educating everyone within the maintenance environment about the dangers that exist.

“Training is critical for success with lockout-tagout,” Legler said. “You have to train everyone — technicians, super­visors and nontechnical personnel.”

He gave the example of training people to avoid walking under a tailgate under any circumstances, because it’s possible that the maintenance work being done on the hydraulic system will cause the tailgate to fall suddenly at any time. “All of the affected people need to understand how they’re going to interact with this system,” Legler said.

Part of a lockout-­tagout program is creat­ing the correct procedures for locking out a piece of equipment. To do this, “you have to evaluate all aspects of the piece of equipment to make sure your lockout procedure actually does what it’s supposed to do,” Young said.

The OSHA directive states that the program must be “tailored to the workplace.” Advances in technology make this a moving target, however.

The variety of issues can be overwhelming. “You’ve got solar cells, hybrid axles, fully electric vehicles, CNG and LNG vehicles, electro-chemical capacitors instead of batteries and more,” Legler said.

Cotier added that a fleet’s program will need to adjust to the changes as they come in. “We review our lockout-tagout procedures annually,” he said.

Given that some of these systems are extremely high voltage, energy lingers in the system after it’s been down, Legler said. “It can take a few minutes for the energy to dissipate.”

The challenge is understanding how everything contributes to the energy equation and determining what dangers could arise, Legler said. “You may have been doing things safely for 50 years, but suddenly the technology has changed and the old protocols are no longer sufficient.”

In White’s view, the complexity of lockout-­tagout procedures for the trucking industry makes it difficult to ensure compliance. “We could use more guidance from OSHA to help us define in detail what is required to be compliant,” he said.

The regulations also extend beyond the work done on vehicles to include other equipment in fleet maintenance shops.

“Some fleets have equipment in the shop that requires maintenance, and the lockout-­tagout procedures apply when technicians are doing repairs to that equipment,” Groendyke’s Pape said. “This is something that people may tend to forget, which may lead to someone getting injured.”

Young said that the lockout-­tagout procedures need to be written out and kept in a binder. They also should be validated periodically.

Cotier said that there’s always something more that could be done. “It’s almost endless what you could do,” he said. “Any safety program is like that.” 

Guide To Raising Labor Rates In A Heavy-Duty Repair Shop