Details Key for Lease-Purchase Deals; Drivers Urged to Do Their Homework

For drivers wary of the prices for new or gently used trucks, lease-purchase agreements can offer a path to eventual ownership, but researching the deal before signing on the dotted line is crucial to avoid potential financial pitfalls, experts said.

“There are a lot of programs out there that are not necessarily set up for operator success,” Sheri Aaberg, chief operating officer of Transport Enterprise Leasing, a lease-purchase agency in Chattanooga, Tenn., told Transport Topics. “Operators need to make sure they do their homework and know who they are doing business with.” 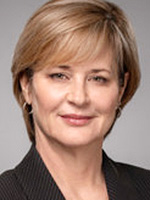 She described the typical lease-purchase deal as a “three-legged stool,” encompassing the driver, the carrier and the finance company. The middleman is the carrier, who links a driver with a finance company for either a new or used truck.

At TEL, a typical agreement involves an independent contractor who has approached a carrier about work, Aaberg said. Contracts for new trucks last about four to five years, while used trucks have shorter terms, she added. The carrier handles the lease payments on behalf of the driver to the finance company.

Once a agreement term has ended, Aaberg said, the driver usually has three options: return the truck in agreed-upon condition; start a new lease with a newer truck; or purchase the truck, typically at a below-market price. The final payment is sometimes called the balloon payment, she added.

Lease-purchase deals differ from standard truck leases from firms such as Penske Truck Leasing Co. or Ryder System Inc., which lease trucks directly to carriers. Such trucks are usually operated by company drivers, who have no legal relationship with the truck. With lease-purchase, the drivers have responsibility for the monthly payment.

A potential pitfall to successful completion of that lease term hinges on carrier control over the driver, warned Norita Taylor, director of public relations for the Owner-Operator Independent Drivers Association. She noted that carriers in some cases manage how much the lessee works, which can affect their income, and, potentially, ability to make payments.

The story of truck driver Terry Sanders provides a cautionary tale. Sanders, from Jonesboro, Ark., was driving a lease-purchase truck for HVH Transportation of Denver in late August when the company suddenly folded, and his truck was repossessed, he said. He added that it was the second time he’d had a lease-purchase deal fall through. 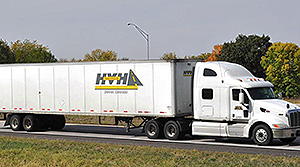 HVH Transportation of Denver folded in August. (via Facebook)

John Kenneally, the former CEO of HVH, said that of the 150 lease-purchase trucks the company had, the finance company retrieved all but two of them. He noted that many of the lessees were sub-prime candidates with credit scores below a certain threshold.

He also noted that while lease-purchase deals allow for eventual ownership of the truck, they don’t work like a home mortgage, under which equity accrues. Instead, the system allows an operator to remain independent, but work toward ownership if consistent payments are made, he said.

Sanders said his miles began to drop as the freight market slowed over the summer, making it difficult to make the monthly payments. Plus, he said, his agreement restricted him from hauling for other companies.

Aaberg from TEL noted that swings in the economy often are to blame for lease-purchase failures, and said her company works to help drivers meet the terms of their deals. She also insisted that carriers and finance companies don’t want to see drivers fail; finance companies simply want the financial terms to be met — they are not interested in owning trucks.

“No finance company wants their equipment back,” Aaberg said.