Largest Electric Truck Deployment Ever Gets Going in Southern California 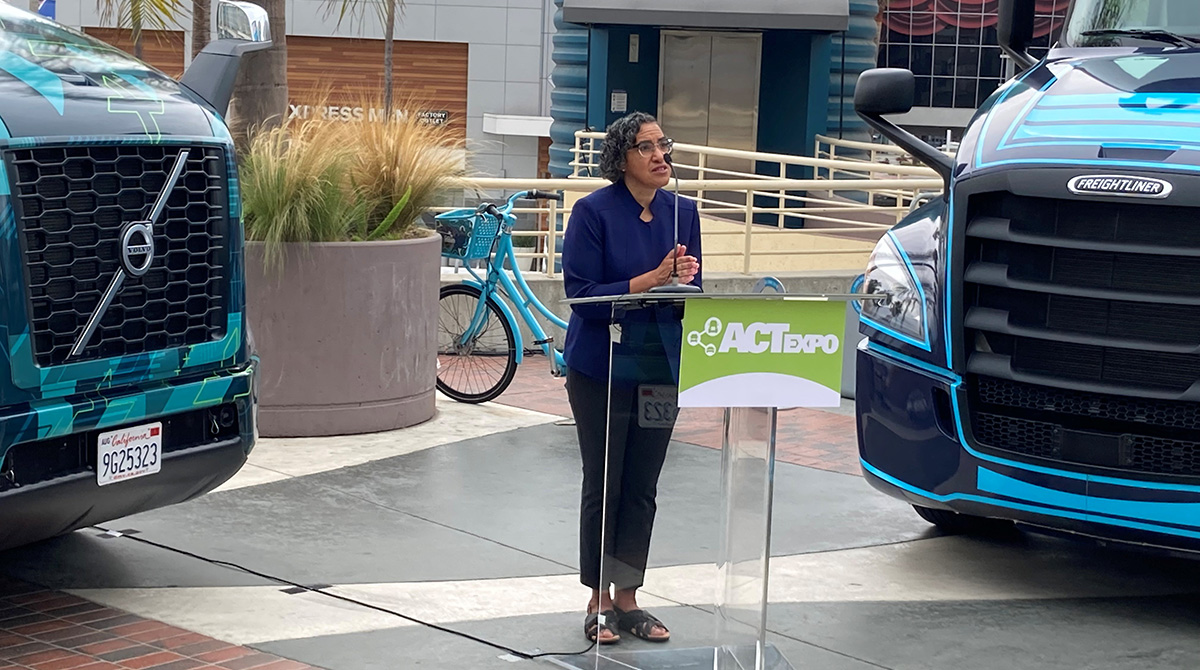 Two of the largest U.S. fleets, Schneider and NFI, are participating. First steps toward the construction of vital charging infrastructure are taking place. Warehouse upgrades, on-site energy storage and rooftop solar are expected to generate $16.8 million in regional economic activity from construction cost.

More than 20 partners representing charging equipment manufacturers, infrastructure providers, nonprofit organizations, technology suppliers and others will collaborate on the lengthy project to ensure all aspects of fleet electrification are considered, the agencies explained. 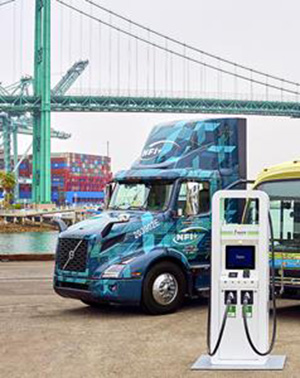 NFI will use 30 eCascadia models and 20 Volvo VNR Electric models. They will travel between the two ports and NFI’s inland Ontario facility.

The 50 battery-electric trucks at NFI’s Ontario facility will constitute the first 100% zero-emission logistics fleet in the state, the agencies noted.

“We will be taking delivery of production trucks between April 2022 and the second quarter of 2023,” Bill Bliem, senior vice president of fleet services at NFI, told Transport Topics. The company is based in Camden, N.J.

There will also be 1 megawatt in solar power and 5 megawatt hours of battery storage at NFI’s Ontario facility. 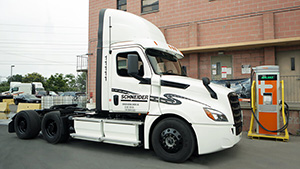 He was asked why announce the project now.

“The infrastructure work takes awhile,” he said. “So really, the actual work on the project begins soon. To get the plan in place, the design of the facility in place and actually start breaking ground, now is the time to start to have it ready for the trucks.”

Earlier tests with one eCascadia showed Schneider just how complicated figuring out the charging is. It was a key lesson, he said.

“This is a very big deal,” he added, and noted state funding really drives this because it is expensive to get this started.

Separately, Schneider has set for itself some aggressive sustainability targets. “One of the most important is lowering our CO2 emissions per mile by 60% by 2035,” Reich said. “We know battery-electric and zero-emissions vehicles are a really important part of our ability to achieve that mission.”

Its 2025 goal is to have a 7.5% reduction in emissions, he said. “Part of that will be continued diesel improvement. We see that.”

Big news today! Schneider to become one of the largest battery-electric truck fleets in North America with the deployment of 50 Freightliner eCascadias. Read about how these trucks are a key component of our goal to reduce carbon emissions. >> https://t.co/rNfcXPcHky

The project is poised to reduce 5 tons of pollutants such as nitrogen oxides and particulate matter annually along Southern California’s I-710 corridor, as well as eliminate 8,247 metric tons of greenhouse gas emissions, the agencies reported.

Connecting the San Pedro Bay Port complex to inland distribution centers and warehouses, I-710 sees more than twice the average Los Angeles freeway truck traffic and accounts for 20% of all PM emissions in Southern California, according to the release announcing the project.

“Projects like JETSI are needed to help accelerate the large-scale manufacturing of zero-emission trucks,” CARB Chair Liane Randolph said. “They also demonstrate to other fleet operators how zero-emission technologies are commercially competitive, especially when it comes to cost savings on fuel and maintenance.”