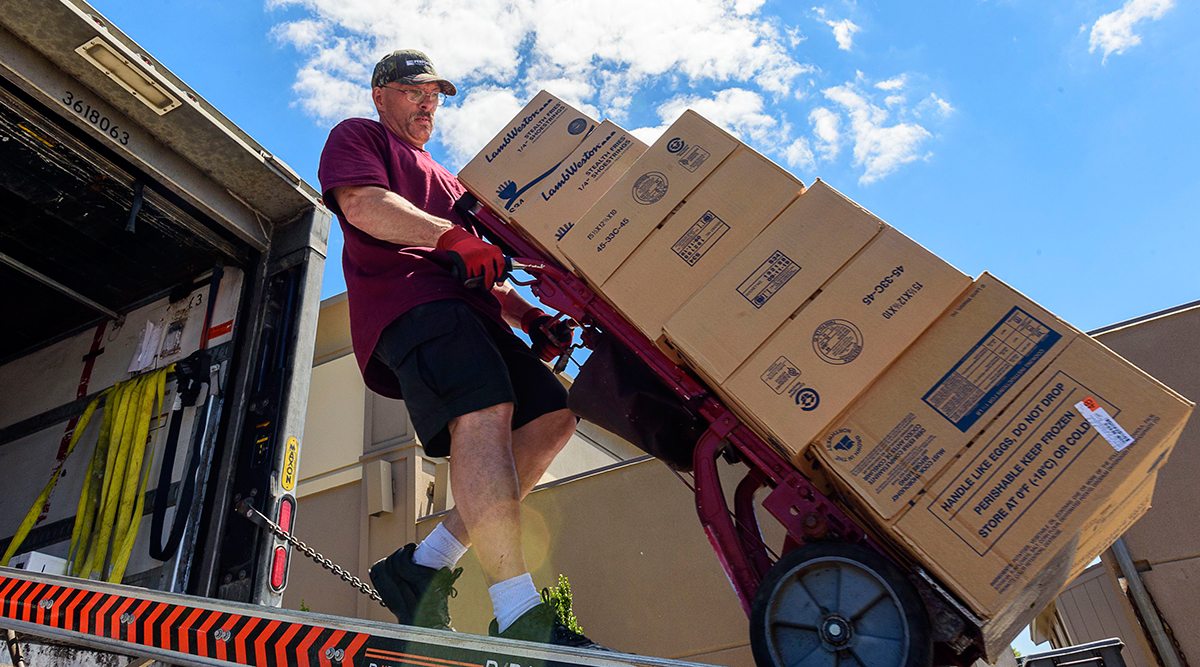 For many restaurateurs across Connecticut, daily deliveries of food have become inconsistent, later than usual and sometimes canceled at the last minute. This puts stress on their skeleton-crew staffs, leads to higher prices and sometimes to menu items being suddenly removed.

The problem is a shortage of staff at food purveyors and trucking companies, as well as a shortage of food as supply catches up after the pandemic slowdown.

“Right now there is not enough product out there to fulfill the needs of restaurants. I have a hard time getting the simplest things, like chicken breasts,” Higby said.

Recently one of her suppliers dropped Higby as a customer. She has other purveyors, but her dwindling chicken supply drove her to Restaurant Depot. “Usually they have 100, 150 [40-pound] boxes of chicken. Today they had four,” she said.

Restaurateurs say they have been told purveyors can’t find enough delivery drivers or warehouse workers to fulfill orders as consistently as they did pre-pandemic. Representatives of some the region’s largest food purveyors — Sysco, PFG, Sardilli’s — did not respond to requests for comment. 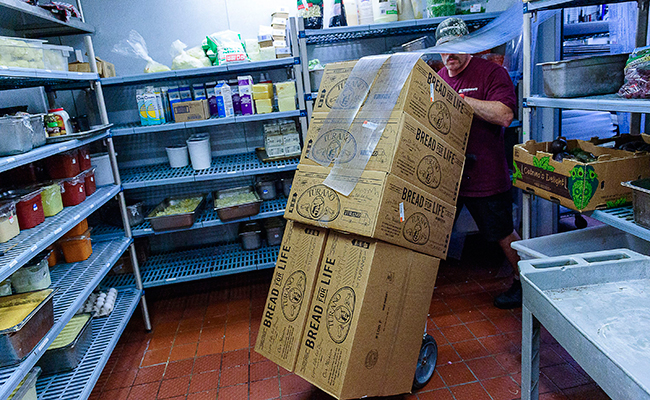 Scott Dolch, executive director of Connecticut Restaurant Association, said in addition to labor shortages, supply and demand are also off-kilter. Most state restaurants went back to full capacity on the same day, May 19, when they were allowed to by law — so demand spiked suddenly.

“Everyone is trying to race to get back, trying to play catch up, all at the same time,” he said.

Dolch added that food brought in from out of state, especially proteins, exacerbates the supply issue.

“Connecticut was one of the first states to lift all business restrictions. Some states are just doing it now,” he said. “Some meat-packing plants aren’t at full capacity, so they’re not able to produce at full capacity.”

“Deliveries were coming much later in the day, sometimes at night during dinner,” Pacheco said. “Then I got a phone call from one purveyor that my Tuesday delivery that had been postponed to Wednesday was canceled again and hopefully would be scheduled for Thursday.”

Pacheco said all of his suppliers have increased their minimum order requirements.

“They can’t handle the workload, so to minimize the workload and still maintain an effective business, they are getting rid of smaller customers and favoring larger customers who spend more money. They say, if you can’t make the minimum, we can’t help you,” he said.

“Small restaurants are put in a position where they have to play a dangerous game, ordering larger volume, instead of being based on need, to get the things that they do need. We run the risk of having too large an inventory and if it’s perishable, of it going to waste before it gets utilized,” he said.

No orders at all

Robert Marcarelli, director of operations at Liv’s Oyster Bar in Old Saybrook, said at times they have not been able to place orders at all. “We’ve actually had food service companies say, if you really want to get the food in and you want it on time, you’re better off looking somewhere else,” Marcarelli said. “Maybe our rep is just too honest.”

Restaurant Depot, where restaurateurs go when they need what their purveyors didn’t supply, has been mobbed lately. “It’s never been busier,” said Frank Casale, manager of the Hartford store. But even he has issues keeping food in stock. “Our Sunday delivery never showed up.”

“The food-service companies are looking at their accounts, at who buys the most,” Wolf said. “Some of the accounts that are not buying a lot probably either get their deliveries last or some may be dropped.”

Higby experienced this. She was out of her guests’ favorite pepper-encrusted salmon because the vendor who supplied it dropped her as a customer.

“It’s not because I’m not a good customer. I am just not big enough,” she said. “Two days before I was supposed to get a delivery, I was told they were only delivering to restaurants that generate this much in business. Unfortunately, through their menu I was using some products that I can’t get at other places.”

“We had a busy Mother’s Day and then the next day we’re told the truck will come Tuesday. We were out of a lot of products,” said Phil Barnett, CEO of Hartford Restaurant Group.

“On Fridays our deliveries used to come in at 5 a.m. Now it comes at almost 4:30 p.m. We’re having to bring in a lot of staff when this product comes in off the truck to get it where it needs to go to be prepped immediately for 5 p.m. service. It’s a bottleneck of challenge,” he said.

When staffing, supply and demand are off, prices rise or menu items disappear.

“Guests come in and want something that’s been on the menu for 18 years but now it might not be available,” Barnett said.

Marcarelli said rising beef prices have been a problem at Liv’s. “We have had to look at different cuts of meat to have a different offering,” he said. “Otherwise it’s a constant changing the prices on menus.”

Some restaurants have dropped chicken wings, due to skyrocketing costs. As a solution to the wing shortage, chicken wing chain Wingstop this week opened Thighstop, a takeout- and delivery-only satellite that sells chicken thighs with its signature wing sauces, in 1,400 locations nationwide.

Dan Meiser, owner of Oyster Club in Mystic, buys most foods locally, so his supply is stronger than other places. Seafood is an exception.

“Our fish prices now compared to prepandemic … are dramatically increased. There are only so many boats fishing. It’s hard for boats to find crew. It’s hard for fish houses to find people to filet and deliver the fish and put it in boxes on ice,” Meiser said.

Barnett said lobster prices delayed the introduction of his summer menu. “Our cost last year was around $20 a pound for the good stuff, the claws and knuckles we use to make our lobster grilled cheese,” he said. “Now it’s around $40 a pound. If the price drops, we’ll reprint the menu.”

“I ask restaurants, if you had a crystal ball, how long do you think this thing will level out and go back? They think throughout the whole summer. It might take until September or October,” he said.

Supply Chains Inching Back to Normal, Brace for Headwinds of Softer Demand