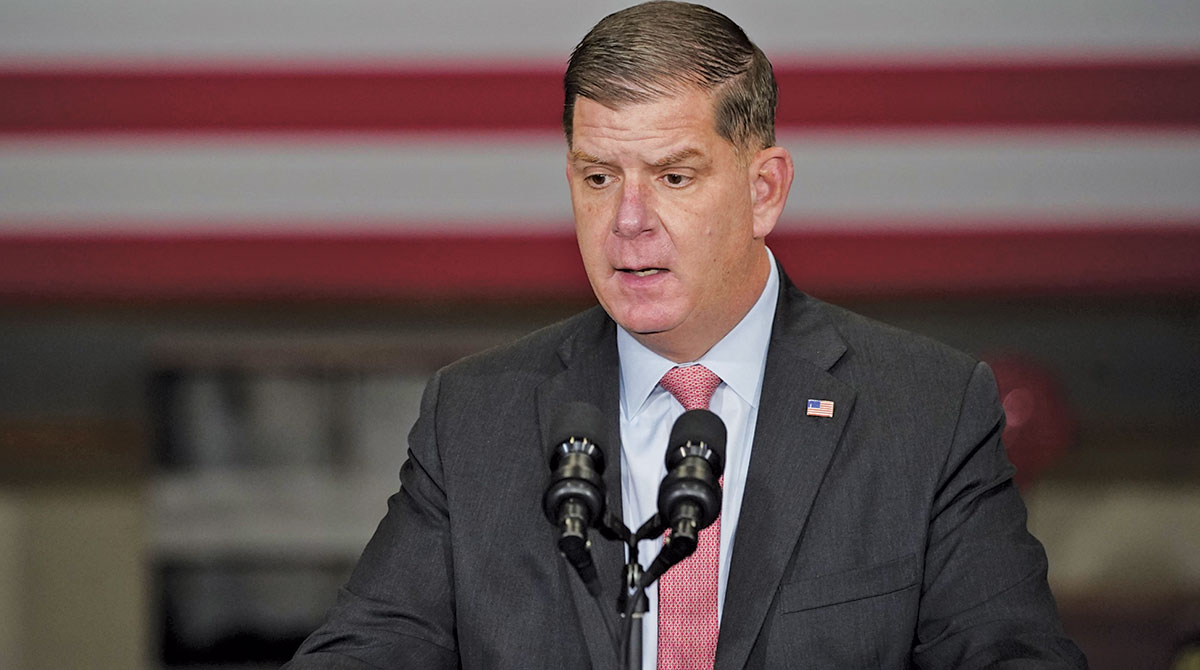 Labor Secretary Marty Walsh said he sees no signs of a strike or a lockout looming in the contract negotiations between dockworkers and employers at some of the nation’s most important ports, even as talks continue without a contract.

The parties reached a tentative agreement on health benefits last week, signaling progress in carving out a new contract for employees at key U.S. maritime locations, including the nation’s largest ports of Los Angeles and Long Beach.

“I’m very pleased with that and now they’re onto the next phase of the negotiation,” Walsh said in an interview with Jon Ferro on Bloomberg Television Aug. 5, adding that he’s not sure how close the union and the employers’ organization are to getting a contract. “I’m very confident where we are in the negotiations right now. I’m not concerned.”

The International Longshore and Warehouse Union and the more than 70 employers represented by the Pacific Maritime Association began negotiating a new contract for 22,000 West Coast dockworkers in May, and have continued to do so after their previous deal expired July 1.

The deal was reached a full month before they did so in 2014 — the last time the parties negotiated a full contract. Back then, the U.S. faced nine months of disruptions and shipping delays that only ended after the Obama administration intervened in 2015.

This time around, the talks are unfolding at a moment of unusual clout and vigor for the U.S. labor movement. The hardships of laboring through the COVID-19 pandemic, employers’ robust profits and inflation that’s running at the fastest pace in 40 years could all drive up the union’s expectations for scoring substantial victories.

Walsh spoke after the release of the July employment report, which showed the U.S. added 528,000 jobs, more than double the forecast and beating all estimates, while the unemployment rate held at a five-decade low of 3.5%.