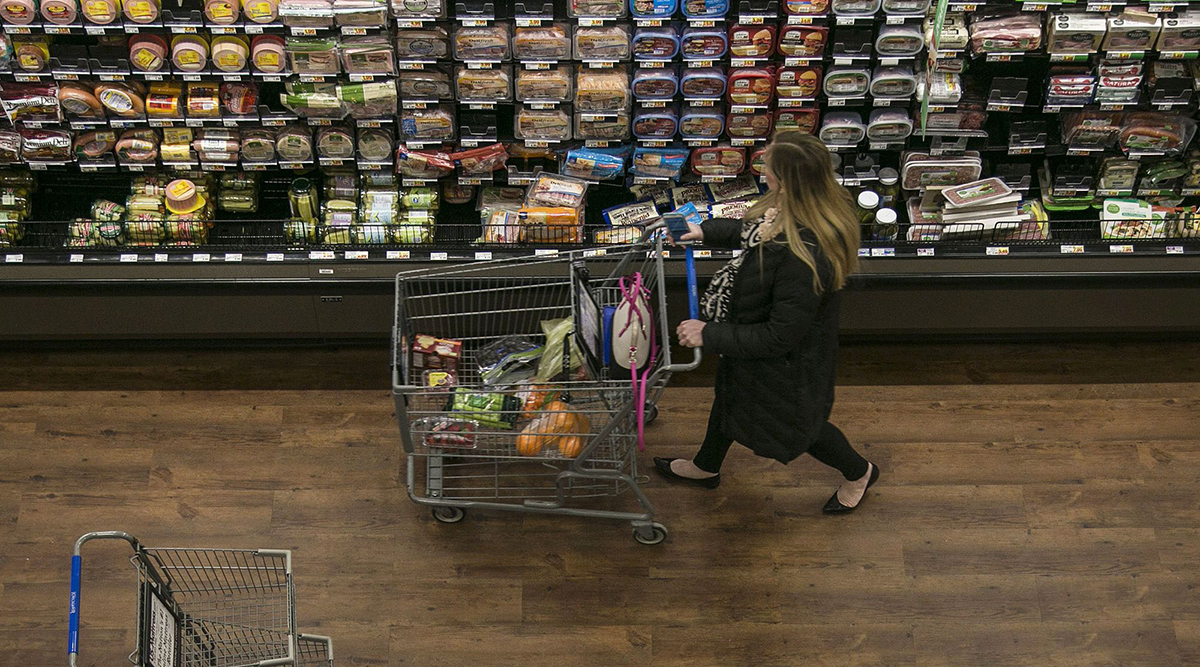 Kroger Co. is in talks about a tie-up with rival Albertsons Cos. in a deal that would create a U.S. grocery giant, people familiar with the matter said.

An agreement could be reached as soon as mid-October, the people said, asking not to be identified discussing confidential information. No final decisions have been made and talks could still be delayed or falter, according to the people.

The exact structure and price of the deal couldn’t immediately be learned. Any potential transaction, if agreed, may face antitrust scrutiny and require asset sales.

Representatives for Albertsons and Kroger couldn’t immediately be reached for comment.

The potential deal would be among the largest U.S. retail transactions in years, and the biggest U.S. supermarket deal since the last time Albertsons changed hands in 2006, when it was bought by Supervalu, CVS Health Corp. and a group of investment firms for about $9.8 billion, according to data compiled by Bloomberg. 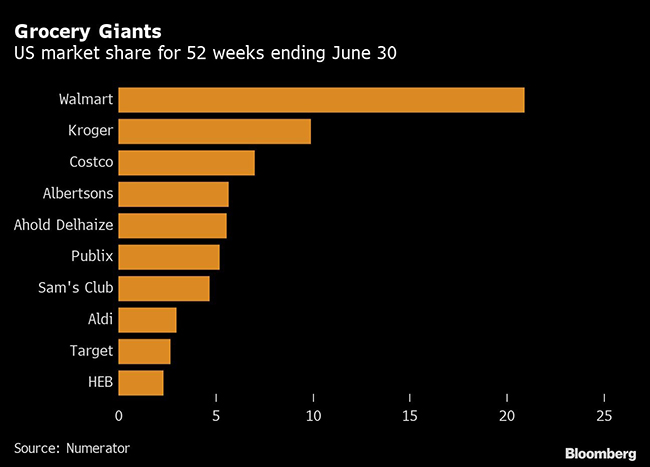 These talks come amid a dramatically different dealmaking landscape. Soaring food prices are a key driver behind inflation in the U.S., while industry consolidation has given top players in the space much greater market share. That could present a number of political and regulatory hurdles for this kind of tie-up, as politicians blame corporate greed for higher prices, while antitrust officials eye tougher merger rules.

“This is the type of transaction that really looks good on paper, but the actual practicality of achieving regulatory approval by the FTC could be difficult,” said Jennifer Bartashus, an analyst at Bloomberg Intelligence. “If you think about the store bases of the two respective entities, there is a lot of overlap in very competitive markets.”

Nationwide, Kroger is the No. 2 grocery seller, with a 9.9% market share compared with Walmart Inc.’s almost 21%, according to Numerator. Albertsons is fourth with 5.7%.

The two companies have particularly similar footprints on the West Coast, according to Rupesh Parikh, an analyst at Oppenheimer & Co. That could set the stage for significant store divestitures in some parts of the country. One area with little overlap, however, is the Northeast, where Kroger has little presence. A potential tie-up would give the combined entity increased purchasing power, a sprawling shopper-loyalty program and greater heft in technology investments as online grocery sales increase.

Boise, Idaho-based Albertsons has been studying options to boost growth, having seen sales gains during the COVID-19 pandemic cool at the same time as labor and logistics expenses have been rising.

Albertsons in February announced a strategic review of its businesses, which include the Acme, Tom Thumb and Shaw’s chains as well as its eponymous stores, that raised the prospect of potential disposals to help create value for shareholders.

The grocer is still almost 30% owned by Cerberus Capital Management, the New York private equity firm that first invested in the business in 2006. Albertsons emerged from Cerberus’s portfolio when it held an initial public offering in 2020.

Cincinnati-based Kroger, meanwhile, grew less sharply than Albertsons through the coronavirus pandemic but has held on to more of its gains.

Kroger ranks No. 25 and Albertsons ranks No. 40 on the Transport Topics Top 100 list of the largest private carriers in North America.

Kroger, Albertsons to Merge in Bid to Create Grocery Giant