Automatic emergency braking (AEB), as a core component of continuously evolving advanced driver assistance systems (ADAS), has been in commercial fleet operations for some time and is not even thought of as anything but essential in new equipment spec’ing. However, despite the clear safety benefits and demonstrated reduction in fre­quency, severity and injuries in accident statistics, resistance remains to retiring older equipment because of reluctance or resistance to ADAS technologies.

In partnership with leading trucking industry organizations, the Federal Motor Carrier Safety Administration has developed Tech-Celerate Now to reduce fatalities, injuries and crashes through expanded use of ADAS. The FMCSA program aims to improve industry awareness and positive perceptions of ADAS, with the goal of increasing its voluntary adoption among fleets and owner-operators.

AEB is the critical foundational component of ADAS. In its basic functionality, return from radar/lidar emitters, camera systems and braking system data is analyzed by machine logic. Collision risk situations are identified, and the driver’s response to the situation is assessed. The ADAS system reacts in three ways: first, by alerting the driver to an emerging hazardous situation through a driver vehicle interface in the forward collision warning system, so that the driver can take the appropriate braking actions; second, if the driver’s response is not sufficient to reduce the collision risk to the programmed rate expected by the system logic, automated supplemental brake application is supplied to augment the driver’s actions; and finally, should imminent collision be evaluated by the system, full emer­gency braking is applied regardless of the driver’s actions (see TMC recommended practice RP 430A, Guidelines for Forward Collision Warning Systems). 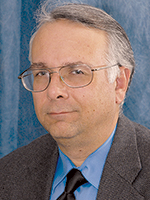 Brake system maintenance is critical in ensuring that AEB will perform to its full potential. Inasmuch as a poorly maintained foundation of a house will lead to one defect or failure after another in the structure above, anything less than a fully capable and operable braking system will erode the safety margins provided by the overall ADAS system ­— be it either drum or air disc brakes. As the last line of defense against a collision, every component of the braking system, from the foundation material to automated braking system controllers, merits the highest priorities in an ongoing fleet preventative maintenance program. One key to success is quality control of the sourcing of replacement parts, so that even if not original equipment manufacturer-sourced, they meet OEM specifications. This not only applies to electronic components, but needs to be part of maintenance policy for every braking system part. 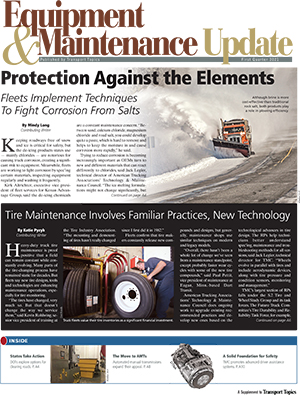 As we point out regularly in writing about ADAS systems, the capabilities and reliability evolve continu­ously. The synthesis of radar and camera data, which “see” farther and wider with each evolution, have signifi­cantly reduced the percentage of “false positives.” Thus, the AEB would not be activated due to non-threat objects such as overpasses and highway markers. In addition, these performance enhancements are better able to pick up on such situations as cross-traffic collision threats, or the presence of pedestrians in the driver’s blind spots.

Since we are now into the winter driving season, a clean windscreen is not only important to the driver’s vision, but the ADAS camera system as well. RPs providing guidance include TMC RP 402A, Windshield Washer Anti-Freeze and Cleaner Specification; TMC RP 406C, Windshield Washer System Performance Recommendations; and TMC RP 407B, Defrosting, Defogging and Heating Performance Requirements for Truck Cabs With and Without Sleepers. The same applies to emitters on front bumpers. ADAS systems compile data, which may not be available to the driver’s field of vision due to weather, traffic or road spray, where a radar or lidar return may detect a condition well before the driver is even able to.

In addition to braking system component maintenance, for which TMC has a number of relevant RPs developed by its Chassis & Brakes Study Group (S.6), there are several other considerations to realize the full benefit and potential of ADAS systems as it relates to the AEB feature:

Various TMC study groups are currently engaged in updating existing RPs in TMC’s recommended prac­tices manual, as well as developing new engineering and maintenance practices for ADAS systems. Two new task forces — under the chairmanship of Chirag Shah of ZF — are looking at harmonizing ADAS nomenclature in commercial vehicles as well as developing guidelines to assist fleets in the selection of ADAS technologies for their particular operations. The new task forces within TMC’s S.18 Automated & Electric Vehicles Study Group seek fleet and subject matter experts to become members of the activities, and are being supported by the FMCSA’s Tech-Celerate Now program, which is led by a number of industry associations, including American Trucking Associations, TMC, the American Transportation Research Institute and the OOIDA Foundation.