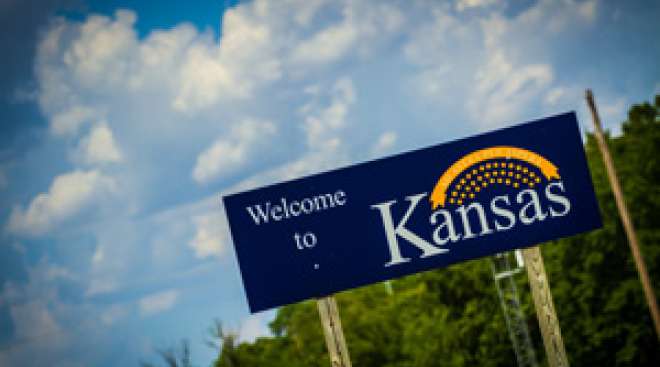 Larry Hauth has a farm in Coffey County, Kansas, and a daughter in Wichita. Good roads are kind of important to him.

So he’s disturbed by the ongoing and accelerating trend of the state taking money out of the highway fund to balance the rest of its budget.

“One of the things Kansas has going for it, compared to our surrounding states, is our road system,” Hauth said. “When they built them in years past, they were thinking ahead. I don’t think we’re thinking ahead right now. We’re trying to tread water, at best.”

Gov. Sam Brownback wants to take nearly $600 million from the highway fund over the next 2½ years. Since 2011, he has swept $1.3 billion from the fund to help plug budget holes.

“Other governors have always taken some money from KDOT … but Sam’s just used it as a bank,” said Bob Totten, executive vice president of the Kansas Contractors Association.

About 17% of the state’s sales tax revenue goes into the highway fund, which is used to pay for road and bridge projects throughout Kansas.

Brownback's decision to use highway money to fill budget shortfalls caused the Kansas Department of Transportation to indefinitely delay two dozen road expansion projects in April. The department halted 34 other projects in the past two months after a budget shortfall was forecast.

In the newest sweep, KDOT will not begin new expansion projects in 2018 and 2019, Brownback’s budget director, Shawn Sullivan, told lawmakers Jan. 11. It will continue to do maintenance work.

A KDOT spokeswoman could provide no detail Jan. 13 on projects that would be delayed. Melika Willoughby, the governor’s spokeswoman, said KDOT would focus its resources on preservation projects and “will proceed with new construction” as money becomes available.

Totten said the highway fund sweeps are costing the state jobs. Kansas contractors are beginning to look for work in other states, he said, noting that four of the five top bidders on a major project in Oklahoma in November were from Kansas.

“There’s just not any work for us to accomplish [in Kansas] of any magnitude,” Totten said.

Kansas ranks 51st among all states and the District of Columbia in job growth in the construction industry, according to the most recent Bureau of Labor Statistics report, losing 3,600 construction jobs between November 2015 and November 2016. That’s a 5.9% decline over the year.

“You guys have better roads than us, for sure,” said Pittman, a Missourian who regularly drives 600 to 700 miles a day servicing foreclosed properties across both states.

In his Kansas travels, he has noticed that “rural roads, depending on where you are, definitely could use some work. I see the bridges need some work too. Some of them are outdated.”

The increasingly rough roads affect the bottom line for his company, Pittman Property Services, he said.

“We have seven trucks and have to do quite a bit of maintenance [on them] because of the roads,” he said. “I’d say potholes are the big thing.”

Hauth, who farms near Gridley in Coffey County, said the roads he usually drives are in fairly good shape, but he’d like to see some improvement, especially on the two-lane roads that are the only access to vast swaths of rural country.

Hauth said highways always have been a third- or fourth-level issue in how he votes, but they could become more important as time passes if the diversions of funds continue.

The highway fund also gets money from the state’s motor fuels tax. Only the money generated by the sales tax can be used for purposes other than road projects.

Sullivan suggested on Twitter on Jan. 13 that the state should permanently remove the sales tax revenue from the highway fund. That would eliminate the need to sweep the money, but it would also cost KDOT hundreds of millions of dollars each year.

House Minority Leader Jim Ward (D-Wichita) called it “a little bit unnerving” that people are taking the highway fund sweeps as a given.

“This is a long-term investment,” Ward said. “You’re not going to see roads deteriorate tomorrow, but when you don’t make these investments, and you have ice storms like we’re having this weekend, you’re less capable of taking care of it. The roads get more and more deteriorated, bridges get worse and it costs more to fix them.”

Brownback’s office has repeatedly cited a report that ranked Kansas’ roads as third-best in the nation. The ranking, from the Reason Foundation, a group that advocates for less government spending, was based on 2013 data.

Some lawmakers, including Sen. Carolyn McGinn, (R-Sedgwick), the Senate's new budget chairwoman, fear the state could face problems in the future by depleting highway funding. The sweeps for 2018 and 2019 require legislative approval.

“I think the fact that we’re not repairing roads and bridges now is going to cost our next generation more,”   McGinn said. “We’ve had a good transportation plan for the last four decades, and it’s worked well. And that’s why we’ve had pretty good roads, but now we’re starting to see the deterioration.”

McGinn said her committee will dig more deeply into the consequences of sweeps from the highway fund. She said she was frustrated that a presentation KDOT made to the committee in the week of Jan. 16 lacked information she had requested about how money meant to be used for road projects in fact was being spent after it had been swept.

“I was very disappointed,” she said. “For my committee, they want accountability and transparency. They’ve got a lot of questions.”

Dakota Swan of El Dorado, who works in the gas station at the Towanda Service Area on the Kansas Turnpike, said highways are a voting issue for him. He sees highways as a core state service and shortchanging them as a mistake.

“We pay these taxes so people can get to their jobs and get home to their families,” he said.

Swan said he doesn’t have too many complaints about the actual road surfaces, except for potholes in his hometown’s streets. But he said he is very worried about deteriorating bridges he sees when driving around. He said he’s seen some bridges that are clearly crumbling from the bottom.

“They build a structure under the bridge itself to catch the falling debris, instead of fixing it,” he said. “I think that’s crazy.”

Swan said he speaks with commercial truck drivers daily, and they constantly complain about the condition of the roads.

“If he [Brownback] is taking that much money and spending it for something else, I hope that’s worth it,” Swan said.

McGinn said she thinks the changes in the makeup of the Legislature this election, in which Democrats and more moderate Republicans ousted some of the governor’s closest allies, had to do with constituents being “tired with taking money for KDOT to just plug holes.”

State Sen. Ed Berger (R-Hutchinson) made highway fund sweeps a major issue during his successful primary campaign against the Senate’s former majority leader, Terry Bruce. Berger said he was surprised by the governor’s decision to seek more money from the highway fund after the election.

“I thought the highway fund had probably been tapped as much as it could be,” Berger said Jan. 12. Reno County residents are concerned about the long-term maintenance of their roads after continued sweeps, he added.

Senate Minority Leader Anthony Hensley (D-Topeka) said the state’s T-Works program, an $8 billion highway spending program passed by the Legislature in 2010, was projected to create 175,000 jobs. The highway fund sweeps have prevented that from being fully realized.

“How many jobs do you really think have really been created? Surely not 175,000. We’ve fallen far short on that,” Hensley said, “and I think that’s what people are so upset about, is this had such a great potential in terms of spurring economic development in this state.”