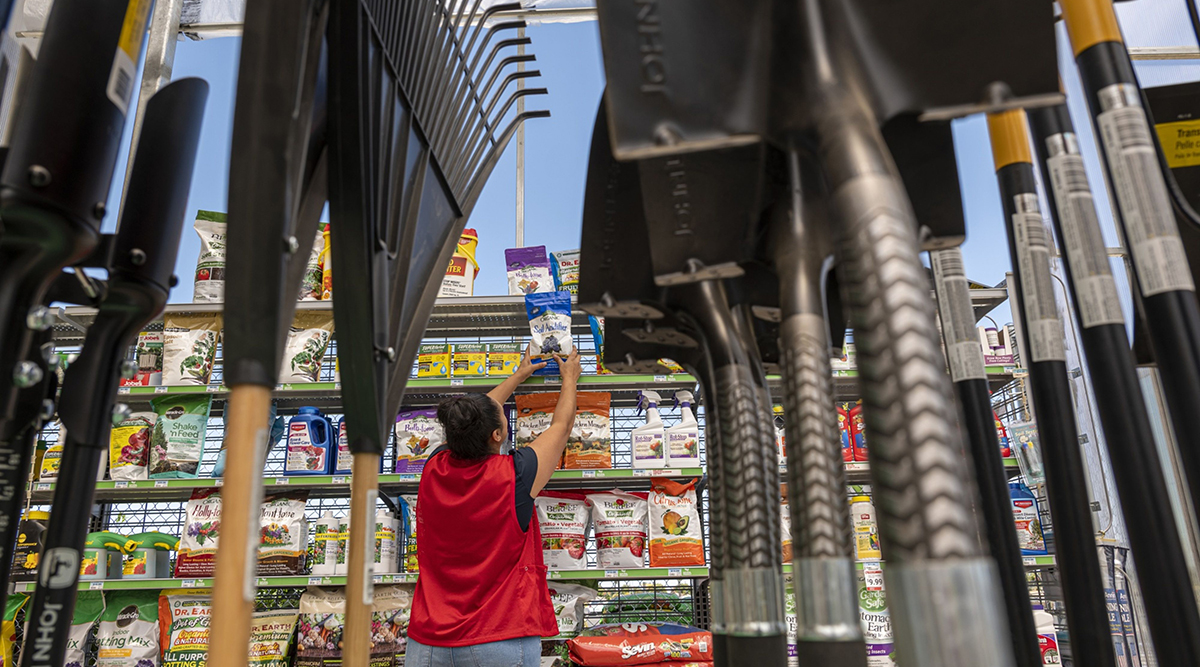 Nonfarm payrolls increased 261,000 last month following an upwardly revised 315,000 gain in September, a Labor Department report showed Nov. 4. Those figures were derived from a survey of businesses, while one of households painted a weaker picture with higher joblessness, particularly among women.

The unemployment rate increased by 0.2 percentage point to 3.7%, more than forecast, as participation edged lower. Average hourly earnings accelerated in October from the prior month.

The median estimate in a Bloomberg survey of economists called for a 193,000 advance in payrolls and for the unemployment rate to edge up to 3.6%.

Job gains were relatively broad based, with categories like health care, professional and business services, and manufacturing posting solid increases. 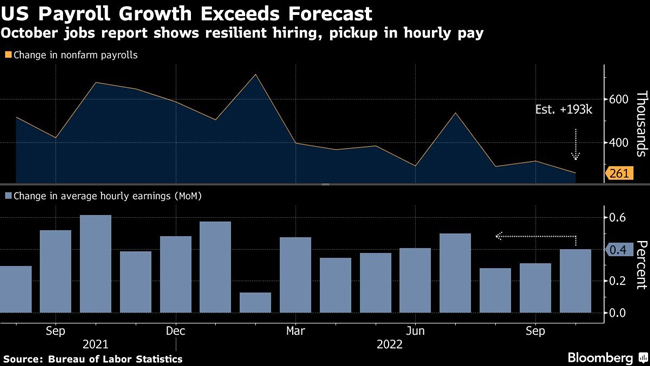 While that has helped underpin consumer spending — the engine of the economy — it also has made the Fed’s efforts to cool inflation more difficult and suggests the central bank will maintain its resolute tightening campaign in the months ahead.

Fed officials have repeatedly emphasized that in order to meet their inflation goal, they need to bring labor supply and demand more into balance. Chair Jerome Powell, speaking after the central bank raised rates by another 75 basis points on Nov. 2, said that job market conditions haven’t softened yet in an “obvious” way.

However, the pace of job gains is moderating. Despite beating forecasts, the payrolls advance was the least since December 2020. And looking ahead, the most aggressive Fed tightening since the 1980s is set to weigh on employment. Powell has voiced hope that could come about mainly through a drop in vacancies rather than via outright job losses.

“We’re seeing just the glimmers of what the Fed hopes to see in terms of their tightening this year, but it’s going to take some time,” Jeffrey Rosenberg, senior portfolio manager at BlackRock Inc., said on Bloomberg TV.

Treasury yields fluctuated, while the S&P 500 index opened higher and the dollar fell slightly. Traders are still leaning toward a downshift in the Fed’s pace of tightening to 50 basis points in December.