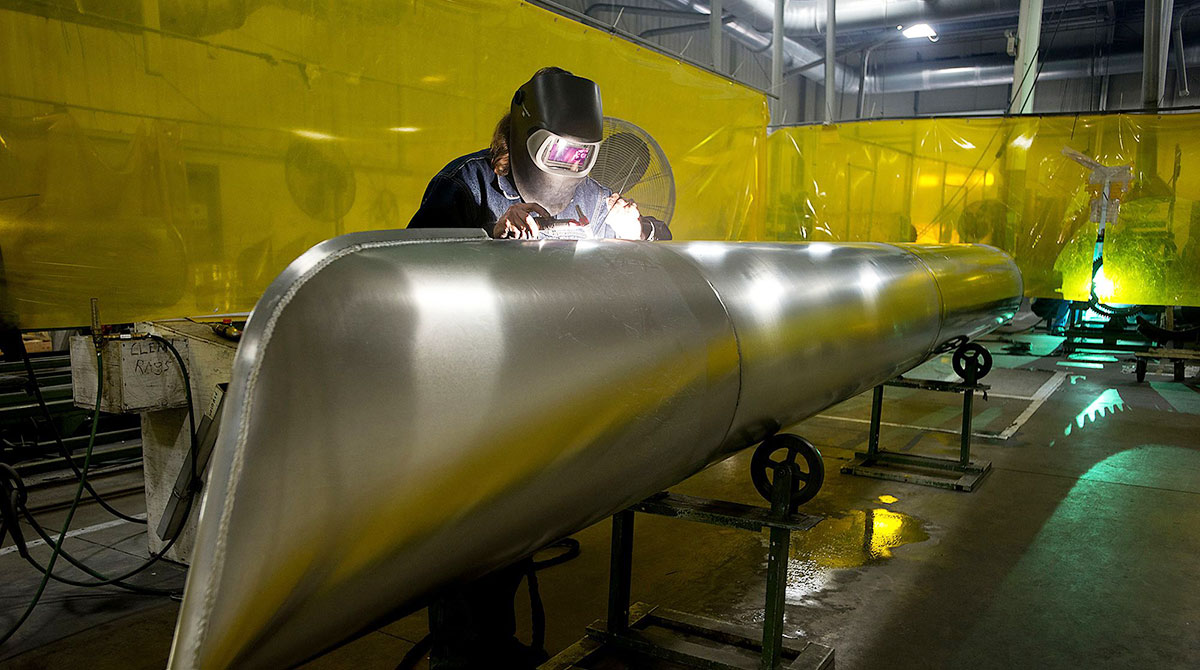 A worker welds an aluminum pontoon at a production facility in Elkhart, Ind. (Ty Wright/Bloomberg)

Applications for U.S. state unemployment insurance unexpectedly rose for the first time since mid-January, mainly concentrated in a few states in the South and Midwest, while most others declined.

Initial unemployment claims increased by 23,000 to 248,000 in the week ended Feb. 12, Labor Department data showed Feb. 17. That time period is particularly scrutinized because it reflects the reference week for the February jobs report that’s due early next month.

The median estimate called for 218,000 applications in a Bloomberg survey of economists.

The increase in claims largely reflects jumps in Missouri, Ohio and Kentucky. This may reflect choppiness in the data, which can be volatile week to week. 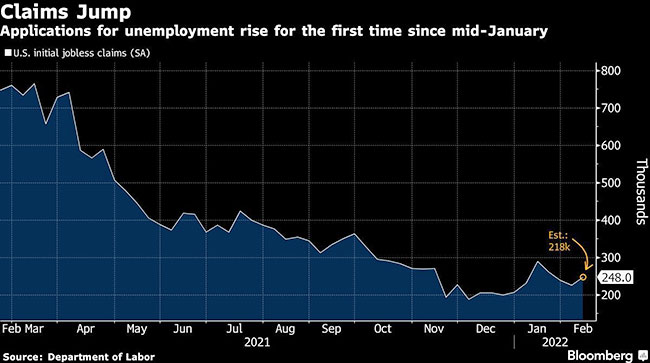 The rise in applications is likely a temporary blip after three straight weeks of declines as the labor market recovers from the omicron variant. Despite the increase in claims, easing COVID-19 infections and loosening restrictions are likely to encourage Americans to go to work, and employers are that much more desperate to hold onto workers as activity reignites.

Continuing claims for state benefits dropped to 1.59 million in the week ended Feb. 5.

On an unadjusted basis, initial claims increased to 238,482 last week.

Jobless Claims Fell by More Than Forecast Last Week to 223,000