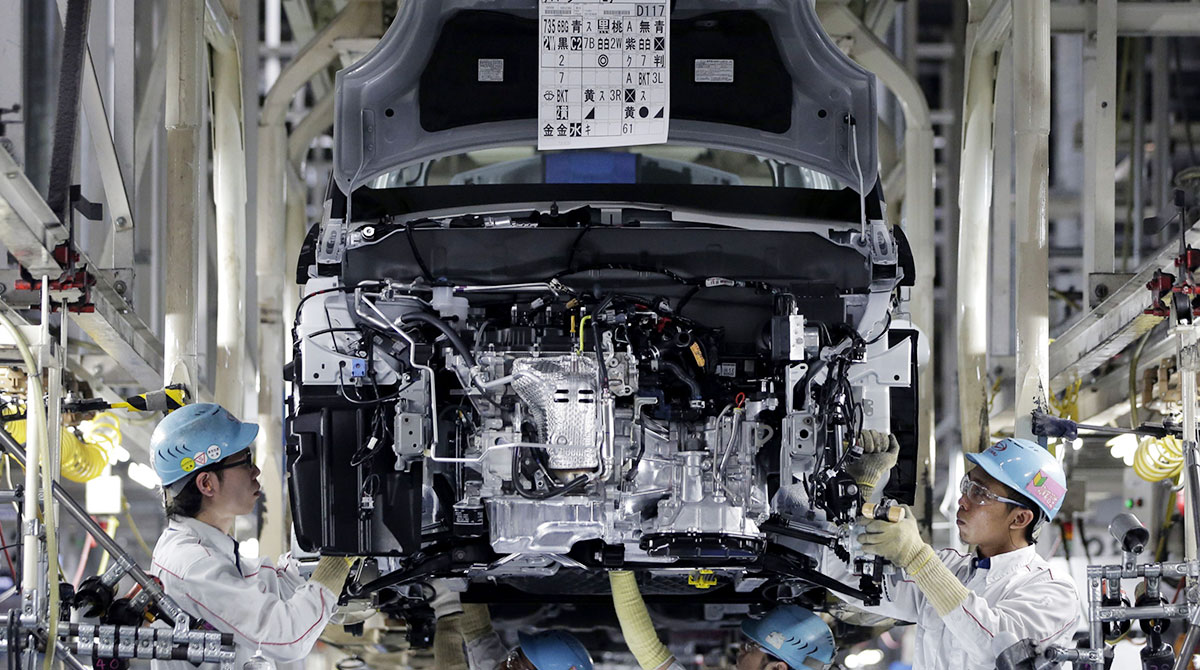 Japan’s industrial production jumped by a record in November, adding to evidence that a manufacturing recovery from supply chain snags was solidly underway before the omicron variant started to spread around the globe.

A bounceback in the auto industry helped production climb 7.2% from October’s level, the biggest gain in data going back to 1978, data from the economy ministry showed Dec. 28. Analysts had expected a 4.8% increase.

Despite last month’s surge, production remained below July’s level, an indication of how damaging global supply chain blockages have been to Japan’s key manufacturing sector. November production was 5.4% above year-earlier levels, but still sharply down from a high in April.

A ministry official also warned that the omicron variant has added another element of uncertainty to the outlook. The government sees manufacturers trimming output by 1.2% this month, in contradiction to data in the Dec. 28 report that showed increases, the official said, adding that companies tend to be overly optimistic in their reported plans. 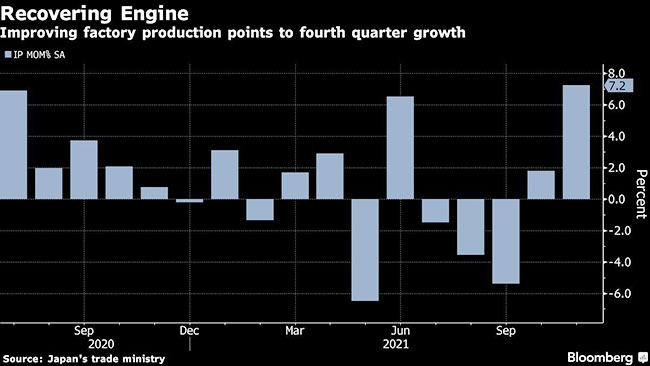 Still, November’s strong output gains suggest Japan’s economy may be back on a more steady recovery path after shrinking in five of the last eight quarters.

Better-than-expected factory production from Japan also signals that global trade could be regaining its footing and could give more strength to a recovery that analysts have so far pegged mostly to improving consumer spending.

Economists have forecast a shopping revival leading Japan’s return to growth this quarter, following the lifting of emergency restrictions at the end of September and rapid progress in vaccinations. Higher production could add another growth driver.

Last month, output gained in 11 of the 15 industries tracked by the ministry, but a 43% rise in production from the car sector accounted for two-thirds of the overall increase.

“Production is headed toward recovery, but the biggest reason behind the November 7.2% jump is mostly autos,” said economist Atsushi Takeda at Itochu Research Institute. “Both Toyota and Honda have said they’ll return to usual levels of production by December, so we’re basically seeing that being backed up.”

Toyota Motor Corp. last week said its global output had bounced back in November to just 1% below last year’s level.

Supply chain woes may not be easy to shake off, though, with auto parts makers warning that logistics costs will likely rise next fiscal year as suppliers turn to airfreight to deliver parts that ships aren’t able to transport due to ongoing COVID-related snarls.

Japan has so far managed to avoid the kind of large-scale outbreak of omicron seen in the U.S. and the U.K., but cases have been cropping up across the country in recent days.

A separate report Dec. 28 showed the unemployment rate ticked up to 2.8%, rising for the first time since May.